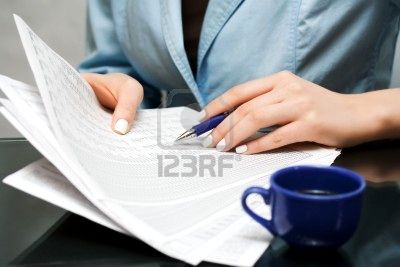 Earl Riney once said dollars do better if they are accompanied by sense.

In general terms, women still lag behind men in the dollar department (blame pay inequity and mothering) but when it comes to sense, our cup floweth over.

That’s not the way the world sees women and money – we are more commonly portrayed as ‘ditsy’ shopaholics, and innumerate. While it’s  true that many of us lack confidence when it comes to dealing with finances in general, not to mention investment in particular, the stereotypes are sadly and badly outdated. While men assume they are smart about investment, women tend to assume that they are not. It turns out that both are wrong, generally speaking.

The evidence is mounting that women investors do better. Researchers are turning their attention to the psychology and neuroscience that underpins financial decision making and turning up some interesting results.  A decade ago Barber and Odean found that women’s risk adjusted returns beat men’s by 1% annually.

Sounds small but consider the compounding effect.  Merrill Lynch (2005) found women were less likely to hold an investment for too long. Vanguard surveyed 2.7m investors in 2009 and showed that men were more likely to sell stocks at all-time lows leading to bigger losses.

Recently, Barclays Wealth has published study results that indicate that women are more likely to do well in money markets because they don’t take so many risks as they are not as overconfident as men. And so on…

What’s behind all this? Well, the sorts of things the researchers are pointing to include:

Biologically, we appear to be more concerned by security and therefore more risk averse. When it comes to our finances this prudence generally pays off. This can affect everything from the investments you choose to the people you deal with to the amount of debt you take on. Obviously there is a point where you can be overly cautious – for example, I note that a great many younger women have opted for low risk or balanced Kiwsaver funds when their age and circumstances would suggest that they ought to be in growth or aggressive funds.

If you make good investments in the first place this is a good strategy. Men are more likely to ‘churn’ their investments which apart from anything else incurs high transaction costs. Frequent trading is not usually a sign of a good investor. It’s the long term view that really counts here and women seem naturally disposed to this perspective.

Now, as we all know not all financial ‘advice’ is good but women have the advantage of not believing  they know more than they do and seeking help. Having a good advisory team is important. The art of choosing advisors is another whole topic.

Women are less emotional about investment.

Apparently, testosterone is the culprit – we have only about 10% of the male complement. Testosterone has its place but not when it comes to investment.  The neuroeconomists suggest that men approach investment competitively – wanting to win, specifically beating the other guy. This can lead to risky behaviour and a short term focus.  It is also more likely to lead to leveraged investments – which are great as long as things are going your way but disastrous at times.

We should be celebrating – these findings are most encouraging. More than anything we should be investing – our futures depend on it. What are you waiting for?

*Joan Baker is a Queenstown-based business consultant, financial columnist and author of "Why a man is not a financial plan.'' Her latest book, "My Time: How to Make the Rest of Life, the Best of Life'' was co-authored with Mandy Fealy.

It is fortunate that it is not a man saying how much better men are than women, that would be headline sexist news. “While men assume they are smart about investment, women tend to assume that they are not.” A little out of context but we get the picture….    …but its not about gender, its about hormones, hmmmm

Thanks Joan, I thought that as a society we are trying to get away from using the gender weapon.

I think its better to go with an investors individual merits and knowledge, not their sex.