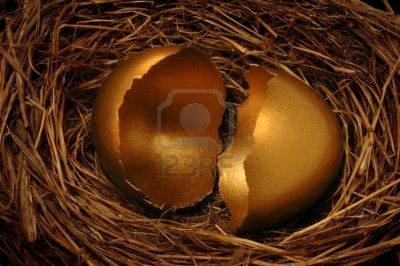 An investor recently suggested to me that the best stock to buy is one whose share price is lower than the value of the company’s tangible assets.  He reasoned that if things went bad, the company’s assets could be sold so investors would always know they’d get their money back.

His logic was sound, however I pointed out that it is relatively rare to find such investments because they tend to be snapped up quickly by investors who share his approach.  I also suggested that he should think about a company’s intangible assets because they too can be valuable, indeed often more valuable than tangible assets.

A tangible asset is something physical like property, plant and equipment, cash and stock.  An intangible asset is not physical or financial and can include such things as trademarks, a well-regarded brand or a set of patents.

Intangible assets can be harder to value and their value can diminish a lot quicker than the value of physical assets.  For example, the value of a company’s reputation can plummet if management exercise poor judgement, whereas their office building will still hold its value.

However, a physical asset can be replaced or copied.  A new machine might give a company a competitive advantage, but only for as long as it takes for their competitor to buy a similar one.

Intangible assets are hard to copy so high rates of return can be earned off these assets for longer, making them more valuable.  Also, a company can grow its profits without having to buy more intangible assets, whereas companies with lots of physical assets often need to keep buying more as they grow.

The value of a company’s assets, tangible or intangible, is determined not just by what they cost or could be sold for.  Rather, the value lies in the rate of return that those assets can generate.

To demonstrate, we can look at Google.  This company has a market capitalisation of around US$165 billion, yet its book value is just US$48.6 billion.  Even though the share price is three times the book value, Google’s “book” generates returns of 19%.  Google’s intangible assets – its name and market position – are worth significantly more than its tangible assets because of the returns they generate.

A business can be worth much more than its tangible assets when it produces better than average rates of return.

Tangible assets are appealing because you can see and touch them.  But often the assets you can’t see, like reputation, brand and market dominance are the really valuable ones.

I don't get it. What does this have to do with houses? I only understand houses.