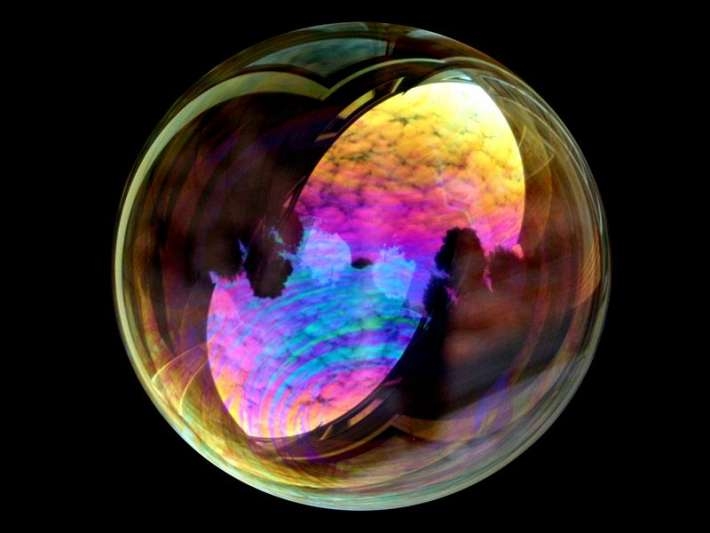 My top picks for personal finance and assorted (sordid) money stories from around the web for Thursday Oct.27th. Too juicy not to share.

You can find me at amanda.morrall@interest.co.nz

A reader raised an interesting question this week. It related to KiwiSaver and whether the savings could be used to finance a degree. It would be nice if this were allowed as it would spare students the misery of going into debt for an education that nowadays is considered questionable in terms of the rate of return you can expect from it.

My personal view is that education is a good investment even if the pay-off isn't always immediate. Obviously helps to research the programme well in advance and to be passionate about what you're studying.

Many, notably Peter Thiel (famed angel investor for Facebook) disagree. Perry Lawler, a professor of government studies at Berry University in the U.S., takes a similar view in this piece also questioning the value of a higher education. He moralises a bit too much for my liking, as you'll see below, but food for thought nonetheless.

If education, in most cases, is about learning technical skills, to prepare people for the kinds of work available to most people in a high-tech, middle-class democracy, then why pay big money to study at a brick-and-mortar university?  The person majoring in exercise science or public relations or beverage management or even elementary education could pick up what's needed in a couple of years.  And most of what is needed, in such cases, could be delivered online.

It's difficult to say that, in most cases, the "residential experience" is actually good for students these days in terms of developing personal responsibility and the other features of moral virtue.  The dorms are "state of nature," and lots of safe yet otherwise irresponsible sex is going on in a way that it just can't in real life.  This is especially corrupting for both men and women in different ways at most liberal arts colleges.  The gender imbalance makes men vain and silly (or vainer and sillier) and women are stuck with the rigors of the artificially competitive marketplace.

Classes are too easy; nobody flunks out anymore.  Students are catered to like consumers.  They don't have to do much for themselves—like cooking or cleaning.  (Most of this is not true of my school at all, but we're better than most.)

Not only that: Students aren't becoming in any sense literate in ways that would benefit them as citizens, parents, and so forth.  We've punted for the most part on cultural literacy and civic literacy and theological literacy and even personal finance literacy.

Professor Lawler raises an interesting point above about the gender imbalances in universities these days where women tend to outnumber the men. I'm not sure about the social effect of it all despite Lawler's suggestion that it makes make men vain(er) or else silly(er). The longer-term impacts will reveal themselves in time.

If Dalhousie economics professor Marina Adshade is on the money, traditional gender differences (or should that be stereotypes?) are being erased by women's growing presence in high places.

Adshade, who writes a blog called Dollars and Sex, debunks a few myths about the demure female and the relationship between money, power and adultery in this column published in Canadian Business. While money is perceived as an aphrodisiac that ends up getting those with lots of it into matrimonial hot water, Adshade observes that power is potentially the more potent force at play. Where men and women are concerned here, it seems both sexes put themselves at equal risk of a cheating heart.

The line that follows and which invariably gets dropped is "Great men are almost always bad men.''  This profile of the world's richest dictators supports that view -- absolutely.

I'm always racking my brains about how to make more money on the side, without burning myself out, hence the yoga. It's unlikely I'll ever be bringing in the kind of bacon George W., Greenspan, Clinton and Gore do on the speakers circuit but it has me thinking....

Bank of America's decision to start charging its customers NZ$5 a month for using their debit cards (EFTPOS equivalent) has turned out to a good thing afterall.

For many, it's proven the proverbial straw that broke the back -- of their loyalty. Trolling through the money pages yesterday I noticed that searches for "no-fee savings accounts'' are trending the top-five most frequently queried quests on the internet these days.  Consumers are finally waking up.

For those who haven't yet discovered our own research in this area, here's a link where you can look up how much you pay and how much others charge for the same service. Of those we have profiled, ASB's fastnet comes across a winner.

I have come to wonder if the current education system is not broken, if it cannot afford to hold courses without students having to place themselves in substantial debt?

at UC my costs are going up and services are going down. double plus good.