A rich life; How to make a mark instead of being a martyr at work; Baby light savings programme; Stuff that's worth buying; How much do you spend on food?

Personal Finance
A rich life; How to make a mark instead of being a martyr at work; Baby light savings programme; Stuff that's worth buying; How much do you spend on food? 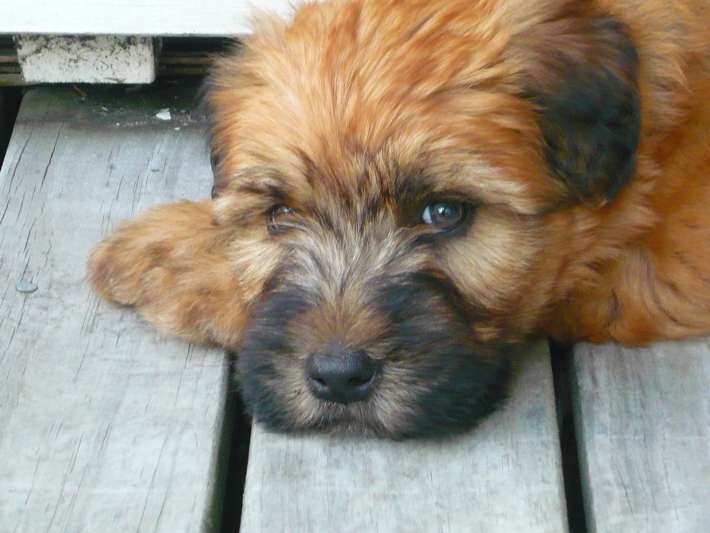 <p> This little puppy will sleep on the floor</p>

I love New Zealand so much so that I've sacrificed family and friends in Canada. People always ask me; "Do you think you'll stay?" It'll be five years coming up in January since I moved here. I get a bit choked up over the answer but it's affirmative. I just entrenched myself further with a puppy, who is glued to my feet as I write this.

One of the frustrating parts of the long-distance relationship with my family is bridging the time zones so I'm not waking them up at midnight or they're not calling me at 4 a.m. Rarely works, so we email mostly. My sister in her latest (sent from my iphone message) asked how everything is going as we haven't been in touch for ages. My reply was this; "Life is rich.''

A classic moment of synchronicity when a few minutes later, I stumbled across this blog by the simpledollar, exploring the idea of a rich life.

2) Mark your mark don't be a martyr

Work, corporate culture and office life has changed a lot in the last decade but there are still a few 20th century hang-overs that I'll be happy to say good riddance to. The office dinosaur is one of them. I haven't come across any for awhile, at least not since my newspaper days in rural Alberta, where pica poles and whiskey still rattled around in the managing editor's top drawer. No, I didn't snoop. Said editor used to carry the pica pole (an archaic devise used to measure column depth and width) around on his hall monitoring trips, slapping it in his open palm glaring menacingly at us the scribes . The on-site alcohol was obvious given he couldn't walk a straight line to save himself. You can't get more old school than that in journalism.

Apparently, there's a few old schools still kicking around. I was talking to a gal recently who told me she left her job because some of the dinos she worked with used to rant, and rave at the underlings when things got a wee stressy, indulging in 12-alarm toddlersque melt-downs under real pressure. I was shocked to hear this kind of behaviour is still accepted. Obviously not by employees.

Another hang-over from the 20th Century is this idea that the best employees are the one's glued to their chairs for 12 consecutive hours.  Sure, a visible presence is reassuring but a truly productive employee is so much more than a jacket on the back of a chair.

This piece by Forbes, outlines five reasons why hard work isn't enough to win in work. Workplace engagement is the 21st Century currency.

Anyone who has had children will know they don't come cheap. The accessories that go with baby are enough to fill an SUV, that's including the passenger seats. Portable cots, prams, car seats, bouncy chairs, exersaucers, highchairs....it goes on, and on, and on.

Here's one account of a parental opt-out on the baby binge culture . Warning; the couple profiled subscribe to the  attachment parenting movement. I still curse the day I welcomed my babes into my bed. I still can't get rid of them. Puppy has a nice spot on the floor.

There is no question we can do without a lot of the stuff we buy. Still, there are some things that are worth the money. Despite the saccharine name of the website where I found this I wouldn't disagree with any of the 11 good spends cited. The shoes (a quality pair is never money wasted) made me drool and the final picture made me cry because I haven't seen my best friend in two years.

I was interested to read this blog polling readers about how much they spend on food. One couple professed to getting by on US$500 a month. That seems pretty cheap to me. Food costs in NZ are relatively steep from what I've observed, despite our relatively low food inflation.

What's your experience? What's your average bill per month and what are you money saving strategies? Enquiring minds would like to know.

Where's my Pica Pole? I left it on your desk...

And keep out of my top drawer. That whiskey is purely for medicinal purposes.

I'm monitoring the levels on the bottle B.

4) Stuff worth buying is anything that stops you from spending more money.

But does that include the bill for wine?

Dinos we may be, but at least we avoid the grotesque singular/plural disconnect.

("Apparently, there's a few old schools still kicking around.") and we know how to set an apostrophe.

And when not to.

There are dinos and dinos - some were Jurassic when they were in their 30s and some are good managers well into their 60s.

Some of us set clearly defined goals for their staff, got out of the way and let them get on with it.

Some of us even taught their staff the difference between the possesive and contracted its/it's.

Even to non-native English speakers.

Hey John. We're looking for an old school copy editor to spit shine editorial....you retired to your dino den yet?:)

Me could be the one - I'm very god - I'm no Forelock-tugging lickspittles !

haha I needed a good laugh. I wonder about that other thread with the bank CEO's. and how much arse they had to kiss. Obviously it pays off though:)

Then there's that other breed of arse-kisser, the forelock-tugging lickspittles who emerge at any hint of questioning of the rich and powerful, bleat about 'tall poppies' and go round in circles of illogic about the debateable correlation between merit and remuneration.  "High pay is based on merit, so they're obviously the best, because their pay is highest!'  500 years ago they'd have been the suck-ups cheering the Lord of the Manor as he rode through the village stealing chickens.

Forelock-tugging lickspittles?! Wow! Where do they breed them puppies?

Wouldn't mind an entourage of them myself.  Except it would go to your head and next thing you're strutting around thinking you're the Emperor of the Universe.

1- Same as you re-email. It's the most practical when the time difference is 12 hours! We do try Skype with the kids too, but not very often. Sometimes I wonder what got into us, moving so far away from willing, trustworthy and free babysitters!

2- I throw a tantrum once in a while. Just to show the kids they're not the only ones who can LOL.

3- "Anyone who has had children will know they don't come cheap." Oh yeah. Although I have a theory that the cost per kid decreases with the number of kids. Almost everything gets passed on from the oldest to the youngest ones (except boys' pants because somehow, every pair of trousers they own invariably ends up with holes at the knees within a very short period of time).

4- Good dark chocolate is worth every cent I spend on it. Reaching for a block as I type :)

5- Hmmm. Average monthly grocery bill is not far off 2K... Disclaimer: this is not just for food. It includes nappies, lots and lots and lots of nappies. And baby wipes. And toiletries, cleaning stuff etc. And it's for 7 people (well, baby's milk is free but she does go through an awful lot of nappies). Still, it's pretty steep. Money saving strategy: make more than we spend each month! Thankfully, that's not a problem and we save 50-75% of our income. Other than that, living in a small rural village many kilometers away from any interesting shop works well too.

3- "Anyone who has had children will know they don't come cheap." Oh yeah. Although I have a theory that the cost per kid decreases with the number of kids.

Great theory, didn't I suggest that you keep going?

Ah ah, you remind me of my doctor who told me I "couldn't stop because I make such beautiful babies". Clearly he's not the one raising them!!

I should have added "up to a certain point" to my statement: baby car seat is at the end of his life, buggy has clocked many kilometers and getting rather tired, cot has been mistreated by #4 (who thought that swinging on the wooden frame was a great exercise) etc. Seriously, I'm not enclined to make it into the record book and 5 is crazy enough for me (and they drive me crazy enough too, and I would quite like to retain some sort of sanity for a little longer if that's all right!).

Ahh small change really, and your contribution is a small sacrifice when you consider the benefit you are bringing to the country:-p

Holy doodle that's impressive Elly. re 5. With that kind of savings rate, work will become optional soon, if it isn't already. That's inspirational. I really do need to become a country mouse...with interesting neighbours and good broadband.:)