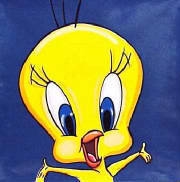 I was amused to read this confession about one man's love affair with machinery parts, the costs of which he concealed from his wife.  It's usually women who get blamed for secret indulgences. I once heard tell of a gal who used to mask her shopping binges by getting cash out at the grocery store after the doing the big shop. Dear Hubby (DH) apparently never cottoned onto to this trick. Let's face it, addictions (of any kind) aren't gender biased.

My ex was/is a muso. If he'd banked all the money he's spent on CDs, gigs, music equipment over the years he'd be a rich man. But you know musicians, they like to suffer for their art. Journalists on the other hand, we'll do anything for a story. We make a living out of it.

2) Tweeting your own horn

Here's a confession that has nothing to do with closet consumerism; Until I joined my current job, I shunned the social media. Sure there was a certain amount of fear owing to the fact that I'm a ludite but also I didn't see the point of it. I made fun of office dinos earlier this week but in this respect I was the fossil. I'm all over the social media now. I'm hardly an expert, I don't own a "tweetdeck" or compulsively tweet until my head drops on the pillow like others I know but I get what a hash tag is (it's not to be cofused with confectionary) and know my limit of 140 characters.

Today's high-tech world is all about being connected and that's a good thing both socially and professionally, particularly if it leads to a job. Sit right down and read this tale of how a single tweet landed a Milleniall who got the boot a much better job.

Being rich, in financial terms, is all relative but I think it's safe to say most of us can spot the difference between the average and really rich. So what distinguishes the two? Are the fabulously wealthy smarter, do they work harder, are they gifted at birth? I tend to believe it's a combination of factors that drives success if you measure it in terms of money in the bank.

This blog by bucksomeboomer.com suggests one of the secret's to being super rich is getting over yourself; or at least getting out of the way and letting someone else do your job to free up valuable time to grow a business creatively, instead of being consumed by it.

See "Are you on the road to wealth? Or will you be an Average Joe forever?"

So long as you remain saddled with debt, every dollar spent on non essentials ought to be measured in terms of the opportunity cost lost.  That is you need to ask yourself how and where that money might have a more constructive purpose i.e. paying off credit cards.

Here's the ultimate tip to avoiding a Christmas blow-out. Just say no. Luckily I've been able to curtail the usual madness by living a million miles away from family. We'll make up for it next year hopefully when we meet half way in Hawaii.

For others who happen to be less Scroogish, the Huffington Post in this article, lists a number of handy money saving strategies to help offset the expense. The insurance recommendation (about paying a higher deductible) is one worth looking into. When you're on the phone to your insurer, ask about any price differential for extending the stand-down period.

A musical parting note below. Beg, Borrow and Steal, by Smokey Brights. Thanks to twitterer @ryanintheus for a steer to back Seattle, the best indie music scene.