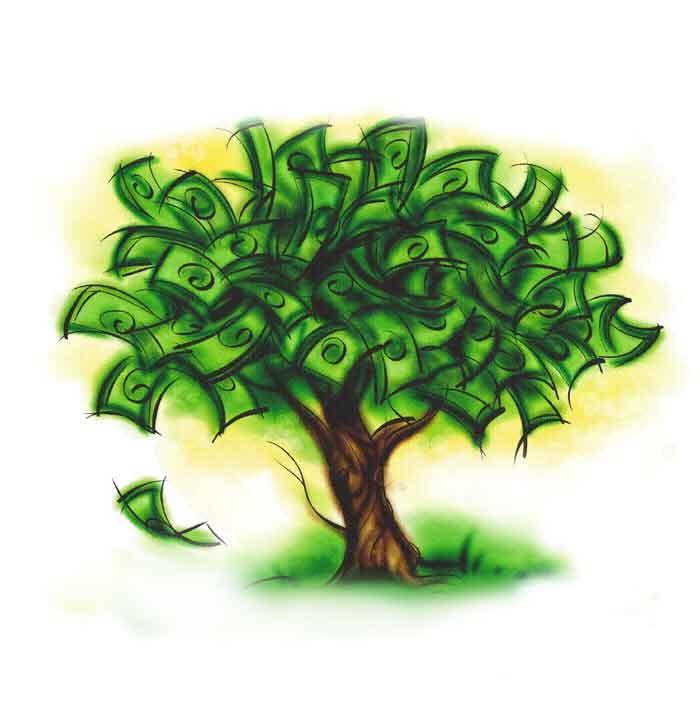 On Monday I started off the week with a real bang. I had the privilege of attending a motivational talk by last year's New Zealander of the Year, Sir Ray Avery.  The challenges this man has overcome to achieve what he has are unbelievable.  Read his book and you'll find out why.

I love coming across characters like Sir Ray for a number of reasons but mainly because they're inspirational. As a journalist who has worked all over the map, I've been fortunate enough to cross paths with a number of them. I was lucky enough to cover a talk by Desmond Tutu once and was supercharged for days. The best part, as a journalist, is being able to convey their message.

What is it that makes these folks special, at least the one's I admire? The traits I would pick up align very closely to those selected by simpledollar.com blogger in this post on Seven Attributes That Matter. Take a moment to read it.

2) How not to negotiate a salary increase

Generally speaking women are astoundingly bad at salary negotiations. A common mistake we creatures make is thinking one day we'll be noticed for all our hard work, efforts and special talents and that the boss, or someone else with power and control of the purse strings will come along and gives us a big fat raise or promotion. Doesn't happen ladies.

I normally cringe at these cheesy MSBN chat shows, but this video clip on knowing your own worth and how to negotiate a raise is worth watching...even you shy blokes out there will get something out of it. The Coles Notes version, if you don't get around to watching it, is: 1) don't wait to be noticed -- ask for a raise 2) never start the conversation with an apology 3) leave your emotions at home 4) don't talk about your kids, focus only on your work and performance and 5) be bold and ambitious.

If you read my column on a regular basis, you'll have gathered by now that personal finance blogs are somewhat of a growth industry, even it it is cottage. New ones seem to pop up daily and there was even a personal finance blogger conference this year. I'm a little choked I missed it. Perhaps next year although there is talk of it being held in Las Vegas, which is at the dead bottom of my travel wish list.

In any event, I learned about the conference via plantingmoneyseeds.com. What a great handle. In her blog, the writer discusses her own reasons for starting her own blog. I like her simple philosophy and strategy (which is summarised below) so will be bookmarking and following on twitter.

I firmly believe that it’s possible to cultivate wealth in a way that allows you to meet your life goals. Instead of focusing on penny pinching, I prefer to prioritize spending, and I write frequently about spending according to your values. By creating income diversity, and looking for ways to earn more, it’s possible to live the life you want.

4) The way of the financial warrior

Ever since winning a trip to Japan, I have been in love with the country. I say winning because out of the blue I was hand-chosen to participate in an all expenses paid trip to Japan (compliments of their Government) to learn about the country, her culture, people and history, all in the name of fostering business relationships. It's the second "free" trip I've won to Asia. I also landed a two-week trip to Thailand compliments  of a very famous Thai monk whom I was studying meditation with. My mother thought I would return (if I wasn't sold off on the black market) with my head shaved and in saffron robes. Here I am, safe and sound in New Zealand continuing my journey to enlightenment with shoulder length hair.

To cut an even longer story short, this item arrived in my mail box this morning through one of my Japanese contacts. We hear a disproportionate amount of news about Eurozone woes and U.S. debt, but Japan is griped with an equally bad debt disaster which, when it blows up, won't be pretty. The following prescribes a financial plan for Japanese folks hoping to shelter from the storm. Very interesting so I thought I'd share it.

On March 16th 2011, five days after the Tohoku earthquake, the Yen against the US dollar went overnight from 80.83 to 76.25. In Yen quotation, ‘down’ is up: the Yen had strengthened, by 5.66%. A rather odd move, you’d think, for a country that had just suffered major earthquake, catastrophic tsunami, nuclear disaster, and the shutdown of industry along its eastern seaboard.

The Yen became a strong currency as Japan recovered form war, and its economy rose powerfully on its export-backed earnings. The consequent rise of the Yen was a multi-decade move. Well-documented, comprehensible, well-deserved even.

In the financial meltdown of 2008, the Yen acquired the reputation of being a strong currency in a crisis. The notion of the Yen strength for reasons apart from Japan’s historical export performance is puzzling when you consider Japan has the world’s worst ageing demographics, and the highest national debt to GDP ratio: 220%, and rising. Estimated at 250% by 2016, and no those bickering, rudderless politicians are not going to do anything to control their national debt’s inexorable increase.

The fundamental reason for Yen appreciation 2008-on was the unwinding of the carry trade. The Yen that the Bank of Japan had printed and thrown at the economy were not used in Japan for productive investment?Japan’s current problems go back to overcapacity at the end of the eighties and the inability to employ further capital. With interest rates on Yen at almost zero and pre-2008 on US, Australian, any kind of dollars you care to name, exceeding 5%, it was a lucrative ploy for banks and hedge funds to borrow Yen and switch them into a higher-yielding foreign currency. But when foreign-currency interest rates dipped towards zero in the maelstrom of 2008, these foreign currency positions were closed out and the money returned to the lenders, i.e. switched back into Yen.

With this vast repatriation of surplus capital, hey presto rising Yen (again)?but this time not as a result of export performance. Japan’s balance of trade is tipping to neutral, courtesy of the economic disruption of the quake, and the rise of China as a manufacturer. Yen strength post 2008 is based on a historical misconception. A Yen this strong is a symptom of a world economy out of whack.

Meanwhile the elephant in the room: that 220%-and-rising government debt to GDP ratio. In the international tables, guess who’s next. Greece, at 143%. And then Italy at 119%. Figures that have been putting them in the news recently. And seeing their borrowing costs at least double within a very short space of time, pushing debt management past the point of no return.

So perhaps you can see an endgame developing? When Japan is no longer able to sell more government bonds domestically to fund its ballooning budget it will have to go to the international capital markets to make up the shortfall?and the international capital markets won’t be quite so accommodating about 1%-2% repayments on a debt of elephantine size. 3%? 4%? These things tend to move very quickly once they start happening, as we have been seeing with Southern Europe (e.g. Italy 6-month rates went from 3.535% at the October 2011 auction to 6.504% in the November 2011 auction). If?which is a when?Japan is forced to pay 4% on its debt repayments, there won’t be any money left over for the expenses of government. And all the time the demographics are making things more difficult: fewer young productive workers footing the bill for out-of-control spending and borrowing.

How will this affect you? Well, civic bankruptcies, basic infrastructure neglect, a rising and more aggressive personal tax-take, guttering national pension payouts. A swift reversal of Yen strength?the last time the Yen went through 80 to the US dollar, in 1995, it was back at 147 three years later. And probably, in the end, no matter how hard they try to fight it, hyper-inflation.

Recommendations: at ‘strong’ Yen rates available, diversify into other currencies: diversify meaning several (because who knows the fate of the Euro, of the US dollar etc.). Invest in emerging, demographically healthy economies. If you want to own hard assets here, buy high-end land, against the inflationary possibility. But make sure it is high end, as a declining population will mitigate against land value. Buy gold. And make sure you have your own personal pension plan outside Japan, offshore if you wish. It’s perfectly legal. Indeed a personal pension plan outside Japan can, in its range of holdings, accomplish all these investment objectives (land excepted) in a single package.

I absolutely do not recommend moving to a new city or country on the basis of salary alone. I can see why people do it, and obviously they do given the massive flow of Kiwis to Australia. However there are so many other considerations that should be born in mind. But just for fun, here's a list of the World's highest salaries, by the map.

Re Japan. Hedge fund manager Kyle Bass has been saying similar things for a while now.

Japan is so interesting because they were about 20 years ahead of the rest of the world in getting stuck in a liquidity and ZIRP trap. If, when and how they extracate themselves from it will be very interesting to see. Of course their demographic situation is quite different and that's a key thing to consider over the long term.