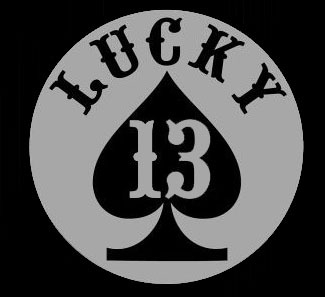 On a personal note, I would like to thank all you readers for the kind and encouraging words, suggestions, comments, corrections, and photos of hunky single (rich) men. On the days when I'd rather look anywhere but a computer screen it keeps me inspired. Truly. May you find your fortune through flow and peace through gratitude.

It's been a while since I've written about taxes. If you're sick of hearing about my rants skip to number two but book mark the links first. If not, here's a little tax tale to amuse.

This morning I spent close to two hours on the phone with the Canada Revenue Agency trying make sense of my messy tax situation which for a year lay dormant because the international tax office lost my file. To cut a long story short, I ended up having to resubmit all the paperwork. At the time I originally submitted my tax file, I sent the CRA a cheque via my accountant. Turns out they lost that too, something I only became aware of this morning when I tried to clarify the remaining amounts owing.

I'd been sent so many computer-generated notices from two different departments that I'd lost the plot. So too had they apparently. The left hand clearly didn't know what the right was doing. After phone calls with two separate divisions of the tax department, I joyfully determined that because they'd failed to take account of my original payment,  I'd overpaid.

I had a few questions for them as I tried to untangle this long distance disaster:

Q) Why can't I talk to one person?

A) Because it's a separate department.

Q) What happened to my money, why wasn't it applied to the amount you said was owing before you sent me an invoice?

Q) When can I expect my refund?

A) You have to write us a letter explaining all of the above and request a refund.

Q) Why can't you accept what I'm saying over the phone and process the repayment, if it's true what you are telling me?

Q) Where has my money been sitting all this time?

Q) What would have happened to it had I not brought this matter to your attention?

Q) Does none of this not strike you as very disorganised and inefficient?

A) Good point. Hopefully it will be noted.

My hope is to turn the chapter on this tax story from hell before the start of the New Year.

Over payments in NZ taxes are in the millions. By one estimate, NZ$700 million. Make sure you are not owed money. Read more here.

Have you left money in a superannuation account collecting interest and dust in Australia? And does it make sense to repatriate that money? Click here for some considerations.

Free money. Here's a bonus link outlining the $55 million in unclaimed money. These are accounts in New Zealand that have been forgotten over the years by members of the public.

Is financial advice worth it? And can it be quantified?

Tony Vidler, in this blog, looks at the value of getting advice. He refers to some interesting research from Australia.

Further to that, here's a link to the Institute of Financial Advisors on how to choose an advisor.

3) The silly season is upon us

Until it starts snowing in December in New Zealand, I will have to rely upon retail reminders that Christmas is on its way. My Kiwi-Canuck kids seem more attuned to the calendar. How could they not with an advent calendar with chocolate reminders?

This week, unprompted, they both sat down and wrote their letters to Santa. I don't have the heart to tell them Apple hasn't yet taken over the North Pole and therefore Santa's elves won't be making iPods for them, despite how well behaved they were. I'm all for giving but Christmas excess should be saved for the dinner table.

Here's sorted.org.nz's recommendations for how to avoid getting ensnared by more debt during the silly season.

And here's a place to shop around for credit cards (by fees and interest rates).

I don't recommend shopping on a credit card. Saving in advance is far more sensible.

How should you invest a lump sum?  The dollar cost averaging approach is one strategy that is recommended.

There are no tax incentives (that I'm aware of) for putting a lump sum into KiwiSaver however it is another possibility to explore or ask a financial advisor about.

Triskaidekaphobia is the fear of No.13. I'm not superstitious. Here's a list of 13 smart things to do before the end of year to help get your financial house in order.

Further to #1 I realised while at uni. that when dealing with any organisation where you have to provide documentation that they are useless. While a harsh view to take it is almost always correct. Write down names and dates of when you've dealt with them. Provide them with copies of all documents they could maybe need at first contact-saves back and forth usually done by mail. After 3 stuff up's don't get off the phone until someone higher up will sort it out. It is ultimately simply a tick in a box on a computer screen that is needed. Someone there has the authority. From quick recall I've had to use this tactic with: University, WINZ (for someone else), IRD, Vodafone, Orcon, Embassy, Australian tax, UK tax, UK tax (wife). Good luck with Candian tax officials!

Thank you Minime. That's very good advice. Seems you invite bureaucratic lunacy when you shift countries.  I will have to skip the Aussie work experience for that reason alone. One double tax treaty is headache enough.

..... good ! ..... Our message today is of the evils of speculation , those scallawag hedge fund managers and the greedy bankers who're leading to the ruin of us all ...

...... but here is the truely fun part : A comparison with the price of onions ! 1999-2010 the SD of the price of onions in the US is a whopping 211.4 % .. ouch ! And what is the subtle difference between the market for onions and the market for oil ( apart from the smell , of course ) , speculation is banned in onions ! ... in 1958 farmers lobbied one Gerald Ford ( US Congressman ) to oust speculators from the onion markets . And that ban stands today . As does the extreme volatility in onion prices , due to  a lack of speculators in that market ..... oooooops , come back , we're sorry ! Fair makes you wanna cry !

In the example I gave , the US farmers thought that speculators were driving onion prices down ( good for private consumers & the commercial catering trade ) ..... and successfully lobbied to oust them , in the hope of gaining higher prices for themselves ,  farmers ( bad for consumers & restaurants ) ........ they failed , utterly . And now must contend with far greater volatility in onion prices , because speculators aren't there ...

..... AIR NZ is an oil speculator . They purchase future contracts in oil . The idea being to smooth out the month to month volatility in the price of fuel , sparing their passengers the annoyance of wildly variable air-ticket prices ..... naughty AIR NZ , horrid nasty little oil speculators them ...... shouldn't be allowed !

If you are a shareholder in a monopoly you get done by the management.

Why do all kiwis seem to think monopolies are good? As a Brit moving here 20 years ago I was struck with the kiwi desire for control of the marketplace.

Monopolies encourage fat and lazy management above all else.