Opinion: Craigs Investment Partner's head of private wealth on why the MOM approach will be good for private investors and the NZ investment landscape.

Opinion: Craigs Investment Partner's head of private wealth on why the MOM approach will be good for private investors and the NZ investment landscape.
6th Dec 11, 12:37pm
by Guest 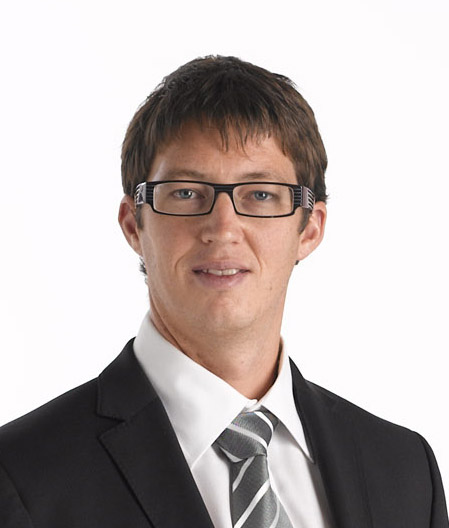 The scale of this change relative to the size of the existing New Zealand sharemarket would be significant. The next few years, as the MOM programme rolls out, have the potential to be transformational for the New Zealand market, and for local investor’s share portfolios.

The Government has announced a number of key conditions for the programme, should it go ahead. The first is that it will maintain majority control and ownership in each company by continuing to hold 51% of each. It has also signaled that New Zealand investors will be at the front of the queue. The programme is anticipated to take several years to complete, with the model to be extended to the first company sometime during 2012.

If this is the case, the results will be transformational for the New Zealand market on completion. The local sharemarket has a current value of around $40 billion. With the total value of the MOM assets included (including that which would still be held by the Crown) this value would rise by around $13 billion to $53 billion, an increase of around 30%.

This would probably lead to many investors and Kiwisaver funds reviewing and tweaking their portfolios, if only to ensure that the exposure to one sector (in this case electricity) wasn’t too dominant. After all, even a very stable industry that provides key infrastructure such as energy is not without risk. The transmission grid can fail, the weather plays a big role and regulations may change the landscape. Much like Australia, which has become a market dominated by mining and banking stocks, New Zealand would be dominated by electricity companies. However, I don’t think there will be too many issues caused by having a dominant sector in this way.

Most investors and Kiwisaver funds have the ability to invest in New Zealand, Australian or global shares and would consider their portfolio as a whole, rather than in isolation of one geography. They might use New Zealand to gain their electricity sector exposure, Australia for mining shares and the United States for technology companies, for example. It is very early days and details on structuring, pricing and other considerations are limited at this point, but the investment opportunities across the companies in question appear attractive.

The three electricity companies have strong existing market positions due to the incumbent nature of generation assets, they are profitable businesses and they have the potential to grow earnings at least in line with economic growth. Solid Energy also has a strong portfolio of energy assets, and a track record of growth. Air New Zealand, the smallest of the deals given that it is already listed, is less suitable for  conservative smaller investors given the nature of the airline industry.

However, it remains a good, well-run business and the interest from larger institutions and existing investors will be solid. The Government has indicated that it sees 85-90% of the shares sold as part of the process going to New Zealand investors. This would obviously include Kiwisaver funds and other large wholesale investors, although I suspect that the Government will have no trouble at all generating significant levels of interest and participation from retail investors.

The last big initial public offering (or IPO, which simply means when a company moves to being listed on the sharemarket) we had in New Zealand was Contact Energy in 1999. The Crown sold 60% of Contact to the public for a total price of $1.1b. The offer was very successful with smaller retail investors, and attracted them in large numbers, with a lot of them staying invested for a long time as well. Over 270,000 investors’ pre-registered for the public offer in Contact and many of these were first time sharemarket investors.

The IPO generated domestic retail demand in excess of $1b and it is estimated that approximately 88% of the pre registration demand was for share parcels worth less than $3,000. This turned into a total of 229,000 actual retail applications for shares in Contact, with an average of just over $4,000 per application. In November 1999, six months after the IPO, 170,000 investors still held 1,000 shares or less.

Today, Contact still has a relatively large number of small shareholders, probably in the vicinity of 80,000, many of whom have retained their shares since the IPO. According to Reserve Bank data, at the end of 2010 New Zealanders had a whopping $98 billion on deposit with registered banks.

Five years before this, the corresponding number was $55 billion. One explanation for this 61% increase in bank deposits is undoubtedly investor concern over the economic environment, but I would suggest that it is also due to the lack of investment options we have in New Zealand. The finance company sector has disappeared, property looks uninspiring and our sharemarket is tiny with a limited number of good quality high-dividend paying companies.

KiwiSavers to get a slice

Given the returns that are currently on offer for bank deposit rates, some of that $98 billion will probably quite happily gravitate toward the $5-7 billion of energy company shares that there is to go around. This time around we have Kiwisaver as well, the impact of which shouldn’t be underestimated. As at the end of September there was $10.5 billion in our national Kiwisaver accounts, 45% more than the $7.2 billion that we had a year before.

Kiwisaver contributions and balances will continue to grow over time and providers will welcome more local options for the investment of those funds on behalf of the 1.8 million kiwis that have a Kiwisaver account. During similar sale processes in Australia we have seen retail incentives put in place, such as loyalty rights where investors receive a top up of additional shares for remaining on the register for a period of time.

This would enhance the potential investment return for local retail investors and could be an approach that the Government may consider using. From a broader perspective, the MOM programme provides an important boost to our local market and the companies that are proposed to be a part of it look like good quality holdings for retail investors. Given their defensive, cash generative attributes, they have the potential to deliver sustainable tax-efficient dividends.

Imagine a man who makes his living digging ditches. He may hire himself out at a daily rate of, say, $25. The old capitalists would have paid no attention to him – he is just one of millions of small entrepreneurs getting by in life.

Then, an even more ambitious wheeler-dealer will come along and decide to "roll up" the whole industry – bringing the ditch diggers together into a multi-national consortium. Now they can all do cross-border transactions…including derivatives.

And now ditch-digging is a major business, suitable for large investors…with more investment coverage and a higher P/E ratio. Soon all the world’s banks, pension funds, insurance companies, and hedge funds have some of the ditch digging paper – debt or equity – and billions in fees and commissions have been squeezed out of ditches by the financial industry.

That, patient reader, is the way (the world-over) that industries and assets are now being bought, sold, refinanced, leveraged, re-jigged and resold. In the old days, companies went to investors or to banks for capital and cultivated a relationship with them that was long and fruitful.

Now, it’s all wham-bam-thank-you-ma’am capitalism. Inquiring capitalists now only want to know one thing – how fast can we do this deal? How many points can we get out of it and how much leverage can we get? And whom can we dump it on, when we’re done?

DON'T YOU JUST LOVE IT.

You're onto it NG...a PHD in engineered ditching....no ditch is allowed to be dug by any council pointy head without first the fees and then the charges and then the employment of 'qualified ditch diggers' at $150 an hour at least...plus gst....

Pity the poor sods who try digging their own ditch on their own pitch...for they shall face prosecution by the ditch police...

Man this place is as sick as chook with no rear end.

All those who were hoping that Egypt would open its stock market today, as had been indicated previously by the Egyptian Central Bank, will be disappointed. Not only will the CASE not open today, but it will remain shut on Monday and Tuesday as well. The reason: the Thermidor reaction at local banks is starting.

The assumption is that there is 7 Billion out there that would be in the stock market if only there was a way to buy SOE's.  An alternative view would be that my PGGW shares are dying i will sell them and buy the latest good news story.  People have their own reasons for being in cash and I expect that a lack of energy stocks is not one of them.

It's about return of capital, not return on capital.- Kyle Bass

"It's about return of capital, not return on capital.- Kyle Bass"

The vast majority of NZ'ers wouldn't understand this statement.  How else would the Blue Chips and Bridgecorps have prospered.

Or you could invest in the energy sector by purchasing some solar panels, or a hydro generator.  Maybe a chip heater as well.  With a wetback of course.

Hey way to go skudiv...just what I intend but then I do have firewood to burn so to speak...of course fitting solar means feeding the council and the govt...no way mate. I'll go the woody way.

The greens aint going to take kindly to you using any form of hydro power on your land...cos they see it as their land....same goes for wind power....so what you put in place today will likely cost you a fat tax tomorrow...a green fat tax...a Norman Tax.

The low risk high return trade here is the Goldman Sachs MO, market the shitty deal and charge a whacking great fee for it.  Still curious exactly how much I'll be pay the squid to sell me something I already own.

The hucksters and their carnival barkers are certainly out in force.

Unfortunately I am hardly helped in making financial decisions without relevant financial details of the entities up for grabs.

I thought the 'hard sell' approach to investment had been outlawed.

Mark what you have described looks to me like the good old corporate welfare for a poorly performing stock market scam.

Wouldn't paying some attention to ethical behaviour be a more sustainable way of getting more capital into the stock market (and it doesn't involve stealing our public assets).

If you ever wondered how to read the Candlestick graphs that show you information about the stock market. Here is a link that will really make your day.

The information here is easy to follow and understand.  If you follow these tutorials you should be able to use Level 2 trading software in no time flat.