Where to from here...the post-election SOE sell-off. Join us at 1pm today for another live web chat with fund manager Brian Gaynor.

Where to from here...the post-election SOE sell-off. Join us at 1pm today for another live web chat with fund manager Brian Gaynor. 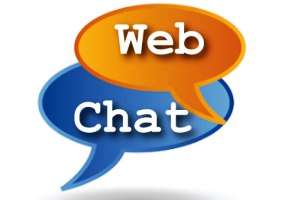 New Zealand investors have been promised a front seat when the family silver is put to auction but is it worth adding to your portfolio?

Join us tomorrow (Wednesday) at 1 p.m. for a live web interactive with Brian Gaynor who will share his views and answers questions about the SOE sell-off means for investors.

To participate in the forum, readers will have to be either registered users on interest.co.nz or you can join the conversation through Facebook.

Registration on interest.co.nz is free and takes only a few minutes.

The session will run 30 minutes in length and will be moderated by personal finance editor Amanda Morrall and managing editor Bernard Hickey.

If you have any questions you would like to submit in advance  please email them to amanda.morrall@interest.co.nz or leave a comment below this article.

The discussion will cover general issues and should not be constituted as personalised investment advice.

The live chat is up and running now.

Fabulous....all I need is sound!

Now because of its unfortunate history, this debate can get emotional very quickly in Germany. Indeed, more than any other people, the Germans have suffered from adopting the second view, with huge negative consequences for Europe and the world. As a nation, it is thus my impression that Germany has come to the conclusion that, at the end of the day, one should never tamper with the law, whatever short-term benefits such tampering might bring.

If we apply this distinction to what money is, those who believe that money is a tool which belongs to the political sphere and can be manipulated to meet political goals, justify their destruction of money by an ethic of responsibility (fighting unemployment, creating economic growth, etc). For what it is worth, let’s call them “Keynesians”. On the ethic of conviction, we have the Bundesbank and the German population (but not so much the German political system) who say that money is a common good which does not belong to the state, and that the economy has to adapt to this reality, and not the other way around. Let us call them the “Austrians”.

Here in NZ we try to survive with RBNZ/govt/bank policies that regard our money as a "tool".........that explains why we get screwed with debasement and the usual splurging fiscal farce.