The money curse; Bring it on Mr. Moustache Man; Not too hot, not too cold economics and outlooks; The heart of the problem; Give it away

Personal Finance
The money curse; Bring it on Mr. Moustache Man; Not too hot, not too cold economics and outlooks; The heart of the problem; Give it away 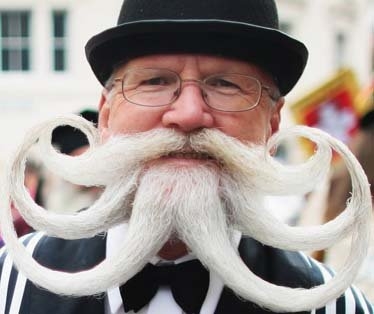 I love my job today. I like it on most days but reading the links mentioned in today's column was a joy and I am happy to share them with you. I hope you enjoy them too.

It's hard to imagine too much money being a problem and yet it provokes the oddest behaviour in people. I have a friend whose father is a multi-millionaire (owns several houses around the world) and yet he wouldn't pay $50 postage to send his not so wealthy daughter (who happened to be seriously ill) a duvet overseas. I get how stinginess can make you rich but come on.

The following rags to riches and back again story (an excerpt from Richard Watts' Fables of Fortune: What Rich People Have That You Don't Want) was another reminder about peoples' bizarre and often discordant relationship with money. It also reinforced for me the fact that money can cause us much misery as it can happiness as well as bring out the worst of side of people.

2) Bring it on Moustache man

The path to financial freedom? He calls his method "badassity". Essentially it's all about hanging onto more of your salary instead of blowing it like most of us tend to do.

Check out his blog on "the shockingly simple math behind early retirement" and tell me you don't like Moustache Man. This guy is one to bookmark. Some great graphs and formulas.

3) The voice of reason

I had to laugh when I read this blog expressing some moderate views on how average Americans are going to weather the economic storm that threatens to dismantled eurozone and the debt-laden superpowers.

He points to the mainstream media habit of only broadcasting voices of the extreme. You know the familiar refrain; that either we're all doomed to go to debt-built hell or else be saved by some free market miracle.

I've always believed in a middle path (and that applies to all facets of life) and was reassured that I'm not alone in this after reading 20smoney.com blog "Why both economic extremes are wrong.''

4) The heart of the problem

I've been hammering on a fair bit about goals, dreams and passions lately. I don't think it can be emphasised enough in the context of personal finance. Money for money sake is not all that useful. It's a means to an end. Figuring out what that personal end goal is arguably the hardest part. I don't think many people know what they want or even how to figure it out.

To that end, here's a piece from juliemurphycasserly.com about the mental mapping process involved. She's offering up a step-by-step guide for 2012 so possibly another one for you to bookmark.

Regular readers will know that I'm big on charity and the value of incorporating gifting into one's personal finance ethic and planning. You'll also know that I'm a yoga enthusiast.

I couldn't resist sharing this item from a fellow yogi who is giving away her US$10,000 Vera Wang wedding dress to a deserving new bride. Personally, I can't see the point of spending so much money on a dress that is worn only once but what a fabulous idea to give it away. I won't knock that.

And for some reason the Anthony Kiedis has sprung into my mind instead of wedding cakes so I thought it fitting to share a song from one of my favourite albums.

Study after peer-reviewed study has shown that after your basic needs are taken care of 9i.e. food, clothing, shelter, transportation) your happiness scale peaks. As you accumulate more wealth you not only have to contend with more maintenance towards your basic needs because you start to jump to higher and higher maintenance plateaus. A maintenance plateau the amount of money that you spend on basic needs. These will increase as your station increases. You might be content with driving a Yugo and living a 10 square meter cabin but with increased wealth there is the ever increasing perception of your wealth reality. People will begin to expect you to live a certain lifestyle and if you don’t they might not trust you. It really silly but very very true and only a select amount of individuals can buck this trend. So you start an expensive game of keeping up with the Jones’s. You also become more and more paranoid about securing your ever increasing wealth pool. You start to spend more and more money making sure your wealth never decreases. This is all very stressful.

The idea of being wealthy is always much better than the reality since money never buys happiness only a sweeter sorrow….

I wouldn't disagree Troy. Still nice not to be behold to one's bank, landlord or boss (mine are exceptionally decent folk) and to have money to travel or fish whatever tho. That's the ultimate in financial freedom but others might call it wealth.

I must be one of Troy's 'select amount'.

But Amanda - logic-paths tell you that 'believe' and 'middle way' are both wrong. There are a lot who believe - some in the existence of various deities, some that economic growth can go on forever when it clearly can't - and a lot of research has been done on the reason so many folk think like that.

The best answer seems to be that society can get by with few leaders, and only they have to be clear-sighted. The rest can be followers - indeed it works better that way - and there is diddly-squat difference between 'believer' and 'follower'. Show me an all-black flag on a car gutter, and I'll show you a follower.

In terms of positioning - if things are going to change (and change is the only constant) then the middle way will never be the right way. You're better off tossing a coin, and going to the end suggested. That's a 50/50 chance of being right. If, however, you did some serious homework, you have to better that 50/50, and be more able to pick the way things will go.

Using that approach, I took my family (4 of us) cruising for a year - how many folk do you know can 'afford' to take a year out?

Logic, and lateral thinking. They beat instinct and equivocation every time.