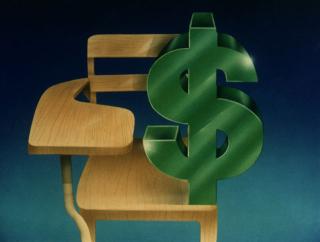 Need a break but don't have the money to go away? How about a "staycation'? Instead of the usual long distance splurge, which involves, flights, accommodation, eating out, etc. etc, maybe load up the car and go on a domestic adventure. Monetavor.com writes more about the benefits of a "staycation" including the increased frequency of breaks when you're trying to get ahead.

The Globe and Mail reports here on the drop in gold prices this week and the even more dramatic tumble in gold stocks. Gold prices are back to where they were in August 2011, while gold stocks have shed 27% of their value since September. According to the analysis piece, gold stocks are a "deep bear market," as the US dollar strengthens on signs the US Federal Reserve is unlikely to print more money.

It's been awhile since I did my master's degree now. I'd like to think that having a higher education pays for itself, somehow, but I'm not so sure it has in my profession. In this contributor's blog published by getrichslowly.org the author explores the value of a getting a Master's degree in fine arts. The conclusion? Do it for love and learning not money otherwise you'll be disappointed.

I use the mobile for a number of things but shopping isn't one of them. According to MasterCard it's a trend that has yet to take hold in New Zealand. Of the consumers they surveyed on mobile purchasing, only 8% of those who mobile internet access reported making any purchased with their phones in the past three months.

That's roughly on board with our neighbours across the Tasman at 7% however well below many parts of  Asia. For example survey respondents in Thailand (59 per cent), China (37 per cent) and Vietnam (32 per cent) said that they were already making mobile purchases.

Mastercard believes it's just a matter of time.

“New Zealand is at a tipping point ready to switch to mobile payments in a dramatic way,” said MasterCard Country Manager Albert Naffah.

“We know how much Kiwis love innovation, so given the wide extent of mobile internet penetration we should start to follow global adoption trends already apparent in other markets that have changed consumer behaviour.”

Trends are one thing but one has to question whether the appetite to shop, by however means, has been permanently suppressed by the global financial crisis. This blog from Mr. Money Moustache suggests those days are over and looks further at the disease of consumerism.

Totally agree with "Staycationing"
Myself and my partner looked into booking a 8-9 day break in Sydney over the coming months, however, for flights, transport, accomodation, sight seeing, etc it was easily going to build up to an excess of $2000 NZD each taking into account exchange rates.
We have thus decided it wasn't particularly worth it and we are going to save up for a big 3 week Contiki tour including basically everything for $4000 or so.
In the mean time, it's off to the Coromandel instead for a cheap $300-400 odd two week holiday.
Brilliant!
The rest will build up for other once in a lifetime trips rather than wittered away on smaller ones.

Consumerism disease and debt go hand in hand with financial illiteracy and idiocy all wrapped up in a straitjacket called envy. Also known as Bankers Paradise.
Come on Amanda...you just have to be seen driving round in your own brand new bright yellow European sports car...one with a big loud makers name. Forget the debt..you can afford it...think about the NOW in your life...don't worry about tomorrow...

Off topic a bit Amanda, but this article backs up posts I have made on your threads before. Bureacracies end up in a self reinforcing cycle of growth and eventually end up existing for the sake of existing. I have advocated for some time fighting to stop the nonsense by using their own systems to over burden them. I have posted on my small effots to contribute:-) Seems I am far off from the first that has thought of this method though.