The global pay scale; Diminishing returns; He says, she says; Dare to dream; Managing an inheritence

The global pay scale; Diminishing returns; He says, she says; Dare to dream; Managing an inheritence 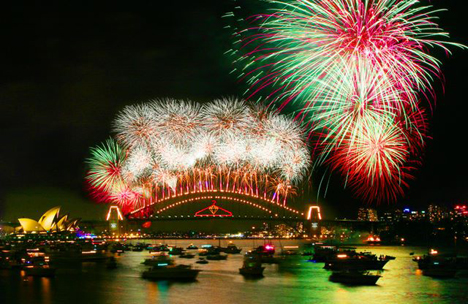 Want to find out your relative worldwide wealth with respect to income. Check out this nifty calculator developed by the BBC which looks at average world wages in comparative international purchasing power terms. The model was built upon first ever figures supplied by the International Labour Organisation. The world average, based on 72 countries (excluding some of the poorest) is $1,480. You plug in your country and pre-tax pay and it spits out how much you make relative to the national average as well as world average. Kinda fun.

More bad news for savers, yet again. According to a PricewaterhouseCoopers report on projected investment returns from pensions, planners are overshooting by a mile, actually 1%.  PwC says real returns, owing to the grim economic outlook, will be lower for longer, well for the foreseeable future anyhow. The report was commissioned for the Financial Services Authority in the U.K.

The Guardian reporting on the finding notes that most U.K. life and pension companies forecast investment growth of around 7% per annum. According to PwC a more accurate projection would be in the 5.25% to 6.5% range. Over a lifetime of investing that 1% could knock close to a quarter off the projected savings a 25-year-old might expect to receive in retirement, says one pension expert. Depressing.

Choosing the age at which you'll give up work may be a luxury my generation may have to forego, however Baby Boomers may be more challenged with it, particularly for those partnered. It turns out the issue is a bit of a sore point for couples many of whom don't see eye to eye on the prospect of 24/7 co-habitation. According to this piece from the Wall Street Journal, around half of all American couples retire within two years of each other. Age differences obviously have a bearing on the matter.

Another subject to flag for your financial planner -- or couples therapist.

2012 started off with a bang for me. Actually it was a series of loud and rather spectacular explosions seen from a rooftop in Sydney where I took in an amazing fireworks show. It was a pretty awesome way to start the New Year. It wasn't that long ago but my memory of it was jogged by this blog via Julie Murphy Casserly about not giving up on your dreams. The theme of the 2012 fireworks was "Dare to Dream.'' Casserly's key piece of advice in this regard is to dream better rather than bigger so you don't give up the chase. Also, she suggests writing down three goals or dreams you'd like to achieve and to review them on a regular basis.

Here's a rather shocking statistic. Well it shocked me anyhow.

According to this piece in U.S.A. Today on how to manage an inheritance, more than US$41 trillion will be transferred to heirs over the next 50 years. According to Boston College's Center on Wealth an Philanthropy the staggering inheritances will effectively be the largest transfer of wealth in U.S. history.

Inheritances however small are a blessing and need to be spent wisely. What's the best way to use this money wisely? Depends on the above (re your dreams) but also your debt I would argue. The article lays out some other considerations as well.

OK.. feel better about myy relativee prosperity now at 180%.
Plan to retire at 75 or so - this will keep wife happier, for income& not hangingaboutt houuse so much.
Dreams: reading Katie Courics Best advice I ever received - advice on doing whatt you love (free on my ereader via library epukapuka)

Ha! I had a temporary lift as well with that calculator. On working past 75...well happy wife, happy life they say. Sounds like you have it all sussed MB. :)