Who's teaching your children?; 15 personal finance principles; Buffett's world AGM; Sell in May and stay away?;The price of death

Who's teaching your children?; 15 personal finance principles; Buffett's world AGM; Sell in May and stay away?;The price of death 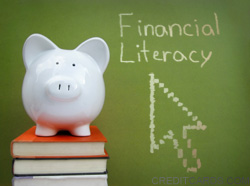 After our personal finance columnist Janine Starks, in her latest piece on pocket money, accused Kiwi parents of being a "bunch of irresponsible gits" by virtue of withholding allowance or by making it so pathetically low as to teach our kids diddly squat about how to manage money, I decided to open my wallet. I regularly lecture my kids on money but seldom give them any so it dawned on me that I was a git too.

After they caught up on some household chores, I decided to give them $10 a piece this weekend. They ran (literally) to the shops and shelled out $7 a piece on Pokemon cards. One was in tears within minutes after realising that his surprise pack turned up a bunch of duds with no power to fend off his younger brother who apparently holds all the money cards. He instantly regretted his decision not to shop around on TradeMe first and pick up more second-hand cards for less money. Lesson learned I thought. I will watch with interest to see his next move, apart from putting his $3 in leftover change into the bank.

Worldwide, there is a big push improve and promote financial literacy. New Zealand's Diana Crossan, commissioner for financial literacy and retirement income, has been at the forefront of this movement here. The trouble is after some real progress pushing the agenda into classrooms, funding from Government dried up.

I regularly check in with a number of personal finance blogs. One of them is getrichslowly.org. In his latest post, the author reflects on six years of blogging and shares with readers how his blog has evolved and also impacted on his income and career. It was motivational for me in more ways than one. On the second page, he shares 15 tenets which he has fine-tuned over the years that guide his philosophy in personal finance. They're all very smart I thought.

At 81, the oracle of Omaha is rocking on but a diagnosis of prostrate cancer has Buffett looking finally at how to make an exit strategy. It was one of the items on the agenda at his AGM for Berkshire Hathaway. Despite slumping profits and the prospect of Buffett riding into the sunset, shareholders don't seem too worried. Perhaps they were just distracted by Buffett's cheerleading team at the AGM?

This article posted on yahoofinance takes a look at the big picture for 2012 and includes footage of Buffett singing along with actual cheerleaders. 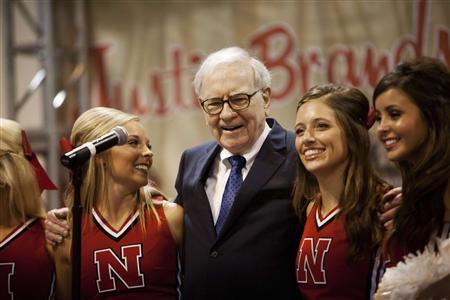 4) Sell in May and stay away

Even stock markets go through seasons. The latest, Sell in May and stay away, follows the "Santa Rally" in December.

Here's an explainer from traderedge.net explaining the influences and how to harness the power of the seasons.

Hate to end on a sad note but this piece from the Sunday Star Time's Rob Stock was a tad depressing.

Close to 20% of New Zealanders have become so hard hit financially that they can't afford to pay for their own funeral. As a result, Work and Income last year had to doll out NZ$9.3 million in grants. Although that's equal to the amount of money given out in grants the year prior, Government's been forced to raise the amount to keep up with the rising costs.

No one wants to think about death but it pays to be prepared. Here's two links to help.

A 12-year-old Canadian schoolgirl talks to a business group about the "debt based enslavery of Canadians" at the hands of the bank.

Not sure the solution is as simple as she suggests but I sure admire her spunk and confidence and enjoyed her concluding remarks and quote from Margaret Mead.

"Never doubt that a small group of thoughtful, committed citizens can change the world; indeed, it's the only thing that ever has.''  Amen to that.

The video of the girl was sweet, and no-doubt well intentioned, but unfortunately yet another example of the misguided views of an increasing number of arm-chair financial experts. Here are a couple of thoughts:
If, as posited, the banks have indeed set out to do-over the general populace, why then are the heads of the various banks so comparatively un-rich? Many are paid tens of millions, and some are worth hundreds of millions, but if a handful of banks in each country essentially calls the shots for the whole country, that seems a pittance of a payoff. Why aren't all the bank heads billionaires, given they've gone to such lengths, supposedly, to screw everyone else over?
Secondly, all these rookie bank-haters need to take a lesson in financial accounting. Yes, bank credit is created from nothing - the bank splits zero into a positive number (an asset for the bank - the IOU from the customer), and a negative number (the liability - the funds they provide to the customer which will almost inevitably be transferred to another bank). However, banks simply cannot create credit ad infinitum. (Thank double-entry accounting for that.) If they could - and that's what all these insufferable bank conspiracy theorists would have you believe - then why are there bank failures? How can a bank crash if it's able to create credit out of thin air? Surely it would just create a trillion dollars or whatever and just rescue itself, right?
In truth, credit creation comes at a risk. If enough people default on their loans, banks can, and do, go down. Bank credit isn't interchanged between banks - government securities are – so when a bank places bank credit into your account, they stand to lose something more than made-up computer numbers if you don’t repay. If borrowers don’t repay, they’ll soon go broke – liabilities exceeding assets.

Nicely put. While I'm quick to defend banking and fiat monetary systems, that's not to say that I don't think recent bouts of lending (eg. housing 2002-2008) aren't nuts. Unfortunately, I don't see that things are much better today, with Westpac still offering 95% loans. I'm sure they have models to say they will be able to asorb a few losses on that portfolio, but it still seems silly to me.

The whole argument isn't that banks can create infinite money, but that money creation is not limited by some constant amount of base money that the central bank updates every now and then. Rather, the money supply is determined endogenously by the number of credit worthy borrowers and bank capitalization. The central bank can make it more expensive for banks to expand credit money but it can't stop them.

To increase short term profit, banks will seek any opportunity to expand credit money. Since people tend to borrow to invest, this drives up asset prices like housing. You are correct that if the banks took a long term, systemic view of the situation, they would realize that their credit issuance drives asset bubbles which will eventually bite them when asset prices crash. But most bankers pre-crisis probably believed the equilibrium nonsense taught in schools and universities and believed that this couldn't happen.