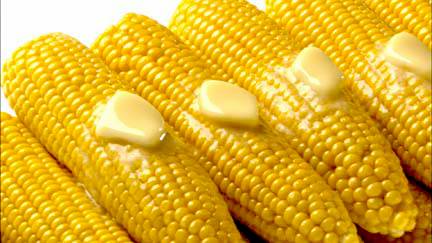 1) Too poor to drink posh wine

I'll let you in on a little secret. A lot of yogis love wine. Yes, I suppose some might regard this nectar of the Gods as a pollutant to those who worship good health and treat their bodies like temples. Most dedicated yogis I know (mainly teachers I suppose) are fairly balanced individuals so from my yoga mat I don't see the problem.

While you're digesting the above, did you know the amount of unclaimed superannuation money domiciled in Australia has now reached A$174 billion.

In an attempt to reconnect savers (many of them Kiwis) with their money, Westpac Australia and The Telegraph newspaper (along with its sister papers across the country) have teamed up to simplify the process. According to this piece in the Daily Telegraph, explaining their efforts, the average amount in unclaimed super is A$4,800. Are you on the list?

Having gone from a busy household that included two active little boys, two antagonistic dogs (one a puppy the other a bolshie old dog) and a caterwauling feline desperate to be heard about the din of the barking, karate chops and clanging of pots, down to only myself, my cat and now subdued canine companion, I have found the silence deafening.

I'm still busy, just not insanely so, which has become the new normal for Western folks. Lately, I have been pondering whether I've become addicted to over filling my days.

The following opinion piece from author Tim Kreider on the 'busy trap' (published in the New York Times) resonated strongly. A great commentary piece on our manic modern lives. Thank you Chris for sending it my way.

Last week I interviewed Kirk Hope, CEO of New Zealand Banker's Association about the updated Code of Banking Practice and why you should care about it. In the same week, there were several instances of banking security breaches internationally, one of them putting a freeze on banking transactions for several days.  I don't know about you but as I rarely carry cash so being shut out electronically would be a major inconvenience.

One reason why Kirk is urging bank customers to read the Code, is that it contains information and recommendations relevant to internet security and mobile phone banking. It may seem obvious to some but for others for whom password memorisation is a pain in the butt, having a password that can't easily be cracked is crucial.

Why? Because if your account gets raided and you did something so dumb as to leave your laptop open at a public cafe while you were paying bills on-line or used Fido as your password, it's quite possible you'll be held responsible for your own losses, not the bank. The not so subtle message contained in the Code is this: "Don't say we didn't warn you."

As this item from Yahoo Finance explains, it's pensioners (incidentally the ones with the most money at stake) who are most at risk because of their reduced tolerance for or capacity to remember complex passwords. Surely there's an app for that?

5) The other golden commodity

Forget about gold, this week the shine was on corn futures given the atrociously bad growing season in the U.S. becuase of a heatwave where less than 50% of the crops are rated good or excellent. As Mother Nature's rage escalates, I imagine we can expect more of the same, only worse.  I always did like corn. Futures on the menu?

#2 Anyone want to take the bet that Aus will pass some legislation allowing them to recover those funds before they sign off on their side allowing people to take their super funds out of Aus (which NZ has agreed to for some time but Aus keep postponing)? Good way to bolster falling China mining dollars. The list includes anyone foreigners who left Aus more than 6 months ago.
#3 definitely worth the read!!

Good article on the whole "I'm too busy" thing.  It really resonates with me - I'm always travelling with work, booked solid for weeks and months in advance and the weekends just disappear in the blink of an eye.  I wake up at 5:30am every morning regardless of whether I'm working or not and I find myself checking emails, browsing news-feeds, and blogging with my friends in the UK - going slowly and taking time out can feel uncomfortable or like wasted time.

It's why I've booked a 3 week holiday in Rarotonga in December.  Enforced relaxation - I know that it'll take me at least 10 days for my mind to stop whizzing at a million miles an hour and for my body to get comfortable with the prospect of lazing around doing nothing for a bit.

Re Australian Super - do the maths! If there are $174 billion at an average of $4,800 each, over 36 million people would have missing accounts - every man, woman and child in the South Pacific - I don't think so.
Contrary to MiniMe's aspertions the Australian government is alerting people to the existence of this money so it can be claimed.

Someone got a bit carried away with the figures. There is around AU$18 - $19 billion in lost super and 46% percent of Australians have lost some.

How do I know? Using my incredible reporting skills I typed "how much lost super in australia" into Google.

They are reminding people about their lost Super from when they changed jobs and perhaps went in to different schemes and forgot about the money. NZ and Aus government talked in 2009 about allowing Super to move between the countries. They both seemed in support and NZ signed in 2010 but within about the last year Aus has gone dead silent on signing - don't know offhand how much of the Aus super currently belongs to people but I'm guessing enough that Aus won't sign.

#4: indeed there are tools to help. e.g. password managers such as KeePass. Then you have one password to memorize that doesn't go beyond your PC, and you can have a different, strong, password for each organization without needing to remember them all, which solves at least some of the problems of insecure passwords or password reuse. Still doesn't help you if your PC is compromised, but that's a hard problem to solve.

Amanda, do you have any stats on how much money is lost by foreigners in the Japanese pension system. Foreigners are only allowed ( by law ) to take out 3 years of contributions if opting out of the pension scheme and leaving Japan. regardless of how many years you have paid in and if you don;t pay in for the min 25 years to qualify for a full pension then you can only take back 3yrs of your contributuions. The remaining gets lost to the system.
Unfortunately NZ does not have a pension repatriation scheme  with Japan, maybe because NZs pension is so easy to qualify for it is not needed? I don't know.
If you have any information  on this Id' be most interested to hear.

FYI, Amanda is on holiday for a couple of weeks.

Where's Amanda..... I'm sure I saw her outside the Martinborough Hotel on Saturday afternoon when I came back from Wellington.

Have you sighted her?