Terry Baucher on the IRD's new $78 m compliance programme and why you should be worried if you have something to hide.

Personal Finance
Terry Baucher on the IRD's new $78 m compliance programme and why you should be worried if you have something to hide. 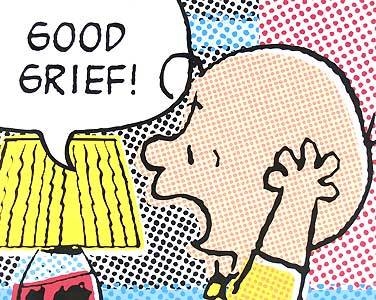 Early in my career, I was at a training course where one of the instructors was an ex investigator of the UK Inland Revenue. He told us that it was his habit when preparing an audit of a taxpayer to visit the taxpayer’s premises incognito and get a feel for how the business was run, who worked there and how transactions were recorded.

It gave him a better understanding of the potential issues and often put him at a great advantage to the taxpayer’s advisors who either might not ever have visited their client’s business or not in several years.

Whether or not his IRD counterparts go to the same extreme, we can expect to see a lot more investigation activity after this year’s Budget allocated an additional $78.4 million of funding over the next four years to Inland Revenue to boost its compliance activities.

This further boosts an initiative begun in 2010 which yielded $86.9 million in extra tax assessed in its first year alone, a return of $6.62 per dollar of funding.

The majority of that $86.9 million came from the hidden economy and the property sector. It’s therefore no surprise that the IRD will use much of the fresh funding to increase its efforts in these areas.

For obvious reasons the IRD will not reveal how exactly it selects taxpayers for investigation but there are a number of tools which are publicly available. One of the most important is Industry Benchmarking. Launched in March this year, and prepared in conjunction with Statistics New Zealand, the IRD has made publicly available industry benchmarks for 16 industries, based on data from the 2009/ 2010 financial year.

The benchmarks contain data such as gross profit ratio, stock turnover per annum and the ratio between turnover and salaries and wages. The industries covered include cafés, restaurants, pubs, takeaway outlets, hairdressers, painting and decoration services, dairies and superettes and real estate services.

These are all industries traditionally involving a lot of cash payments and therefore opportunities for tax evasion. (You can find out more about industry benchmarking here.)

Property tax ripe for the picking

The property sector continues to be a fruitful source of revenue from under-reported income tax and GST. The IRD’s Property Compliance Programme contacted around 50,000 taxpayers during the three years to 31 March 2010, and assessed $77.1 million extra tax as a result.

The various IRD investigation teams routinely watch certain properties or subdivisions, Jacks Point in Queenstown was one mentioned to me, and receive automatic notification of any changes such as a sale, mortgage, or issue of a building permit. The intention is not just to identify transactions which may not have been returned correctly, but to pre-empt issues through early intervention.

In the words of one investigator, “We’re getting ready for the next property boom”.

None of the above should come as a surprise. The IRD are very open about their investigation policy which they set out in their annual Compliance Focus release (the latest for the 2012-13 year is due later this month) and reinforce in discussions with accountants and tax agents. What all this also demonstrates is that, like George W Bush, you misunderestimate the IRD at your peril.

So, what should you do? If you are a business owner then a good start would be to ask your advisor over for a chat and then show them around your business. Your advisor should be able to identify any potential risks or maybe opportunities for business improvement or deductions which have been overlooked. If your business is one covered by the IRD’s industry benchmarking then how do you compare?

If you are below your respective benchmark what unusual factors can explain that?

For those involved in the property sector, proceed on the basis that the IRD are monitoring your activity closely and prepare accordingly.

Above all, it’s hard to go past the wise words of the late Sergeant Phil Esterhaus: “Let’s be careful out there”.

*Terry Baucher writes regularly for interest.co.nz on tax related issues. He is the founder of Baucher Consulting Ltd. Click here to read previous columns from Terry.

Some time ago ( 2 years ago) I dobbed on a well known (in my work circles) property investor in Nelson who was using his LAQC to avoid paying child support on 4 children from 2 different relationships. A real A$$hole is the only way to discribe this guy. Anyway......the Nelson branch of IRD appear to have done 'little' in the way of investigation as the guy still continues to 'gloat' about how he is putting one over everyone via holding 4 rental properties and not paying a cent in child support while his two ex partners ( who have new partners) continue to claim the DPB and WFF!

Go figure. Maybe it's time I wrote to Peter Dunne and made an example of this IRD office?

I gave this office clear and accurate information first hand. Information such as which 14 year old daughters account he was hiding his $80,000 in cash from a property CG while separating from his second partner etc etc.