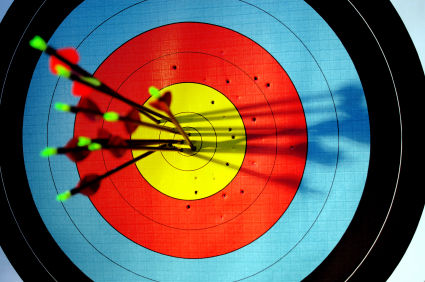 One of the first things visitors will observe at our workplace at interest.co.nz is a whiteboard covered in bets. We don't bet for money, we're far too cheap for that.

We don't bet on sport either although believe you me there's a fair bit of that blather that takes place. No, our bets are more industry based. And as most of us are coffee addicts, we bet instead for caffeine. I won't give you the score but I can say Bernard has treated us all to coffees. He tends to bet big. I'm more moderate as you might have guessed.  Next month, the bear is betting on a big global banking crisis. I rushed in on this one as I think he's jumping the gun. A sneaky postscript went up a week later, placing the crisis in Europe. More plausible than another big meltdown world wide in a few weeks time.

Writing for Salon magazine, University of North Carolina professor Alexander Arapoglou, takes a similarly gloomy outlook based on the fact that the most of the perpetrators of the last major banking crisis walked away from it unscathed or with big fat bonuses in their pockets. Here, Arapoglou outlines six reasons another crisis is headed our way. It offers a good explaination of the events that led to the first. (Nice one. I'll have a flat white ;) - Eds)

On my fridge, I have a colourful postcard of a happy, dancing elephant named Ganesha. Ganesha in Indian lore is the "remover of obstacles.'' When I was travelling in Bali recently, I spotted Ganesha (wearing a sari) everywhere I went. I took it as a good omen because I'm a yogi and get into this stuff. That said, I do appreciate that all that law of attraction business is quite useless without any effort or action expended to change one's circumstances. On that note, here's a short item on breaking bad habits that hurt your personal finances.

When it comes to getting rid of debt, my own personal habit and philosophy is that tackling the highest interest earning debt is the way to go. Others prescribe the snowball method because of the perceived psychological advantage of conquering small debt first as a way to build confidence.  A new study, published in the Journal of Marketing Research, supports that strategy. Catherine New, from the Huffington Post, reports on the findings here.

Ramit Sethi, in his latest colourful blog, argues that we have a lot to learn from archery when it comes to personal finance. The real masters in this field, he points out, are the South Koreans who dominate the sport. Their expertise isn't a birthright but rather the product of years of meticulous training and hard work. Apparently, before they shoot their first arrow, they have six months of intensive skills training. Sethi suggests a similar progressive build up of strategy and skills in personal finance will produce superior results. It's a good analogy. Knowing your target is paramount.

Dreams underpin our personal finance plans. The danger is getting stuck in the dreaming stage and winging it on the crucial planning. Personal finance blogger lifehack.org says he  learned the hard way not to over invest in the dream without having a well laid plan to carry him forward.

Steady on Ivan, that's a bit of a misogynistic assumption!  I'll bet you never assumed that Bernard got himself into the industry so that he could snag a well heeled, high heeled bit of executive totty?

You've got big dreams baby but in order to dream you've still got to be asleep.
Dylan.