Digital ash; 10 terrible tips you should ignore; Confessions of a rogue trader; Why your brain is lopsided; Dog insanity; Gratuitous Paris Hilton picture

Digital ash; 10 terrible tips you should ignore; Confessions of a rogue trader; Why your brain is lopsided; Dog insanity; Gratuitous Paris Hilton picture 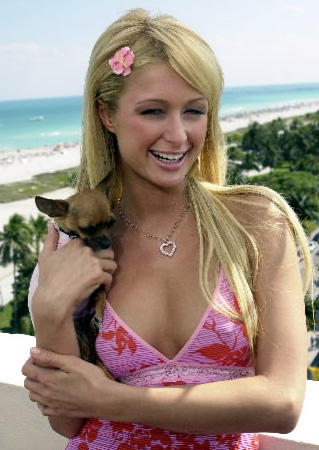 Somewhere in Calgary sits a small fortune in music. Having divided up my worldly goods among family and friends willing to put up with my stuff while I traded snowboots and hockey for jandles and beaches for what was only supposed to be a year, I've since lost track of the booty. It'll be six years in January and realistically that collection of CDs, wherever it should happen to be, isn't going anywhere, any time soon.

I imagine the arrival of the digital era has depreciated the value of that collection if not wiped it out altogether. No, my collection doesn't include Michael Bolton, Rick Astley or Madonna. Not that I'm judging. In any case, it's been replaced by an even bigger collection of digital music on my well used ipod. I expect the 2,500 songs are worth a fair bit. Should I pop off tomorrow I expect the 10 year old, who has taken a liking to grunge, will pocket that ipod faster than you can say Nirvana.

According to this piece on Marketwatch.com, one's itunes collection should properly be buried with its owner. What a waste of money!

People are full of good intentions and bad advice, especially when it comes to  money. Time Money came up with 10  terrible personal finance tips you'll want to ignore.

Here's the top five based on a quick poll of my colleagues.

3) Borrowing to buy a car

For his sins, rogue trader Nick Leeson, who brought down a 233-old institution with a bad bet of £862 million, spent four years in a Singapore prison. He was released early after being diagnosed with cancer. In this Q&A published in the Telegraph's Fame and Fortune section, Leeson talks about the lessons learnt from his Baring's debacle and his new appreciation for the things that money can't buy. A costly wake up call not just for Leeson, who incidentally now makes a comfortable living earning £80,000/ year in the speaker's circuit..

Yet more compelling evidence showing how investors are seriously self-sabotaging creatures. This one from the Australian Financial Review refers extensively to the work by Nobel Prize winner Daniel Kahneman, author of the best-selling Thinking, Fast and Slow.  Kahneman, in his book, illustrates our proficiency at making poor and erroneous decisions mainly owing to faulty perceptions, emotions and over-confidence.

Whilst I've been accused of being one of those crazy canine owners who spoils their dog, my pooch is hardly a pampered poodle. Okay, I might let her sneak up on the couch occasionally for a cuddle, but she sleeps in a crate, (not my bed), and has yet to see the inside of a groomer's salon. I admit, she's a bit matted in places and her fringe is a bit crooked but it hasn't detracted from her cuteness or overall health.

Get a load of these calculations put together by Bloomberg looking at the potential price over 12 years of dogs who get the royal treatment versus your run of the mill mutt and treatment thereof. I have yet to witness this level of excess here in New Zealand but the lux lifestyle of some dogs in North America isn't that far off that horrible Hollywood pix Beverly Hill Chihuahua, as per the one in the picture above.

Part of that was because the finance companies' lawyers were aggressive in trying to shut any criticism down. Plus their lending procedures were pretty opaque, so it was pretty difficult to be sure of the truth.

unfortunately even a lot of the highly rated finance co went down the gurgler.
even some of the well rated overseas banks are in the poo.

'Dopeler Effect'   Amanda's #4.  the tendency of stupid ideas to seem smarter when they come at you rapidly.