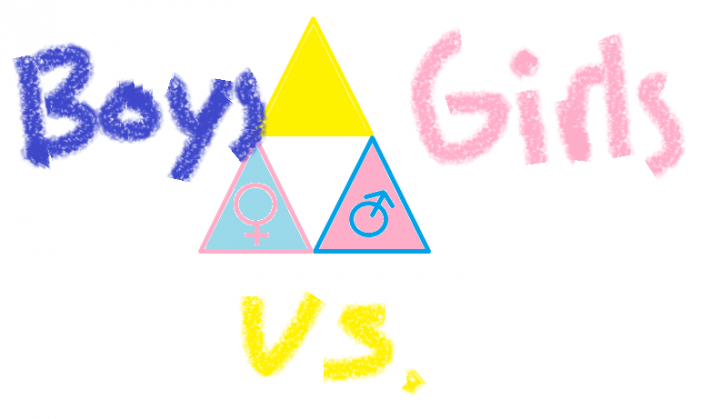 I don't much like gender stereotyping as I think ultimately we are all unique individuals. That said, when it comes to investing some general trends are emerging. One of them is that women, as a group, tend to fare better than men, through both good and bad markets. Canadian Business, in this article comparing score cards, chalks it up to women making more conservative investment choices, and also holding the course therefore saving on brokerage fees and capturing the upside of the markets when they turn around. It's a story that has done the rounds before however I was interested to read some of the stats below.

But here's the interesting part: women fare better in bull markets, too. University of California researchers Brad Barber and Terrance Odean studied 35,000 household discount brokerage accounts between 1991 and 1997, revealing that single women earned nearly 3% more a year than single men, on a risk-adjusted return comparison. Over an investment lifetime, such a discrepancy, compounded, would see single women's accounts exceeding single men's by more than 100%. (Married men did better, but still under performed single women.)

A 2005 Merrill Lynch investment survey confirmed that more portfolio violations are committed by men. Shunning the safety of diversification, 32% of men are more likely to allocate too much money to a single investment, versus 23% of women. Then there's the higher tendency for men to swerve in and out of investment traffic by excessively trading, rather than sticking to a plan. Barber and Odean found that men trade 45% more frequently than women, with single men trading 67% more often than single women.

A study of fund managers by the Centre for Financial Research in Germany revealed fund returns between the sexes were similar, but women managers traded less frequently—ensuring lower transaction costs and fewer taxable penalties for their clients.

Even in the riskier, testosterone-fuelled hedge fund sector, women did better. Hedge funds have a high mortality rate, but Man Down author Dan Abrams found surviving funds managed by women between 2000 and 2009 returned 9% per year, compared to the 5.82% men earned.

Pity there are so few female fund managers in New Zealand.

2) The future of personal finance

Personal finance, at its heart, is all about self-awareness and habits. As such discipline is often what distinguishes those who 'get ahead' from those who flounder. Innovations in banking technology could end up saving the sinking masses from themselves. This article from thenextweb.com looks at the future of personal finance and how software systems, apps and such could revolutionise money management. The personal finance equivalent of a GPS, brilliant. Can't wait.

If my late grandmothers are any indication, I will live to be an old lady. They both made it to their early 90s. Despite the self-made crisis we face now, not having enough savings to support us in old age, my grannies were well provided for. As children of the Depression, both of them excelled at managing their money and making it last. Incidentally, both of them controlled the household purse strings.

The outlook for future generations isn't so hot. Vanguard Investments, reports on a new research paper, showing an alarming gap between what the average Australian will have saved relative to how long they can expect to live.

Are home owners better with money than renters? Financial writer and commentator Martin Hawes believes that to be the case. His rationale, which you'll find in his latest column for the Sunday Star Times, has to do with the argument that home ownership is a form of forced savings that also instils a mentality and habit of savings. The danger for renters is perpetually squandering their disposal income  and never getting into that mould of fiscal prudence. I think there are always exceptions but probably he's right, on the balance.

5) Change is inevitable, plan for it

Last week as I was picking my way through a wee carton of rejected sultanas from the kid's lunch, I looked down at the box (the design of which hasn't changed since I was a kid) and found a message on the flap. It read: Change is coming, it's a lifetime guarantee. I laughed as at that precise moment I was pondering the murky future.

We may not be able to predict what and how life will change but sure as sheep's poo, you know it's coming. For all you small business owners out there, here's an informative piece from TLNT.com on how to navigate change without getting knocked over by it.  It boils down to three key things: 1) planning for it 2) having a strategy in place and 3) putting your people first.

So true, without people we are nothing.

Organisations can’t exist without people. People make the difference in every business. To achieve a high performing culture, you must recruit, engage and retain the right people for your culture. Build a highly engaged and committed workforce. It is people who measure the organization’s progress and steer its direction. It is the people and their capabilities, individually and collectively, that ultimately determine if changes are successful. Always put your people first – both daily and during times of change. Challenge them, engage them, and support them. Provide for your people and they will provide for you.

Humour. You can thank our IT guy for this one.

O-kay, clearly that was the definitive comment which sums all 5 points so prefectly that no-one can think of anything else to add. Knew I'd get it right someday...