The myth of self-created millionaires; Why skills trump passion; No more free lunch on Facebook; Come on feel the tax pain;

The myth of self-created millionaires; Why skills trump passion; No more free lunch on Facebook; Come on feel the tax pain; 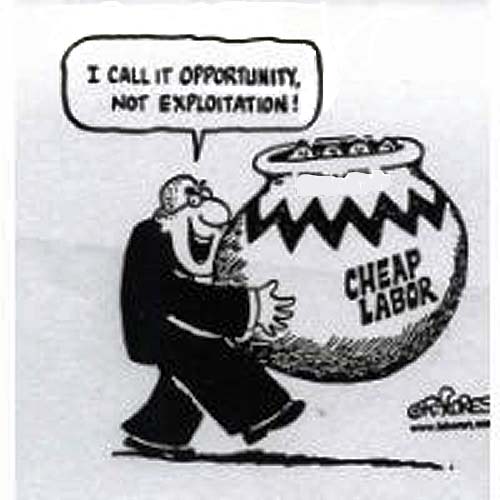 Must be pick on Mitt week. I won't apologise. Not at least until the multi-millionaire presidential candidate is  paying at something akin to a fair tax rate. George Monbiot, writing for the Guardian, debunks of the myth of the self-made millionaire many of whom bank their wealth on the back of harder working folk or a life of privilege conveniently forgotten when they write their memoires. Monbiot describes it as a case of "Romnesia" and suggests Australian mining magnate Gina Rinehart suffers from a similarly acute case. A caustic opinion piece but some valid points raised.  You'll remember Ms. Rinehart was lampooned recently for proposing $2 an hour minimum wage in cheap labour markets and for her remarks about disgruntled middle-class Aussies wasting their time and efforts smoking, boozing, betting and watching bad television.  Here's an excerpt.

The crudest exponent of Romnesia is the Australian mining magnate Gina Rinehart. "There is no monopoly on becoming a millionaire," she insists. "If you're jealous of those with more money, don't just sit there and complain; do something to make more money yourselves – spend less time drinking or smoking and socialising and more time working … Remember our roots, and create your own success."

Remembering her roots is what Rinehart fails to do. She forgot to add that if you want to become a millionaire – in her case a billionaire – it helps to inherit an iron ore mine and a fortune from your father and to ride a spectacular commodities boom. Had she spent her life lying in bed and throwing darts at the wall, she would still be stupendously rich.

Rich lists are stuffed with people who either inherited their money or who made it through rent-seeking activities: by means other than innovation and productive effort. They're a catalogue of speculators, property barons, dukes, IT monopolists, loan sharks, bank chiefs, oil sheikhs, mining magnates, oligarchs and chief executives paid out of all proportion to any value they generate. Looters, in short. The richest mining barons are those to whom governments sold natural resources for a song. Russian, Mexican and British oligarchs acquired underpriced public assets through privatisation, and now run a toll-booth economy. Bankers use incomprehensible instruments to fleece their clients and the taxpayer. But as rentiers capture the economy, the opposite story must be told.

I was surprised to learn that the threshold for middle class (as measured by income) is (according to Romesia) between US$200,000-$250,000; to be more specific $200,000 for individuals $250,000 for couples. What world does Mitt live in? Oh, yeah, the 1% world.  Financial samurai offers an alternative definition of middle class.

The idea that you can love what you do for a living and make a killing is a fabulous idea. But is this ideal akin to believing in Santa? The irascible Ramit Sethi thinks so and lashed out as bloggers and life coaches selling this fantasy.

What Sethi finds so objectionable about the whole passion pursuit thing is that most people don't have a foggy clue what they're passionate about. Further, he thinks it's irresponsible to sell folks on this dream when really it's just a daydream for most. I would agree that it's naive to think you can become a millionaire on the basis of passion alone. And for those whom don't know what they're passionate about, it's wasted advice.

A very constructive guest blog on Sethi's website from Cal New Newport, author of  So Good They Can’t Ignore You: Why Skills Trump Passion in the Quest for Work You Love, and the blogger behind  Study Hacks: Decoding Patterns of Success puts forward an alternative theory and method for getting what you want. In brief, you start by identifying  your desired lifestyle, then hone a special skill (ala Malcolm Gladwell's 10,000 hour thesis) that will pave the way for to live your dream life.  Sensible advice.

I guess it was just a matter of time before Facebook began charging. To placate disgruntle investors who have seen their share values fall through the toilet since the over-hyped IPO, the social networking behemoth is going to start charging small business using Facebook to promote their businesses. At $5, it doesn't appear to be a bank breaker but it's a slippery slope. The Motley Fool has the details here.

I can't say I was a big fan of the British band Slade but lead singer Dave Hill is the subject of this week's Fame and Fortune profile in the Telegraph. Hill admits his clothing fetish has undermined his savings record but blames his greatest losses on the tax man.

Funny how Ms Rhinehart doesn't chuck in the sin of gluttony - wasting money and time eating way too much and becoming morbidly obese. Hmmm, I wonder why?

My grandfather told me that when he started work people naturally gravitated toward something they liked. They simply left jobs they didn't like and tried something else. The thinking was the better you got at the thing you enjoyed the more the reward would be.  Most people he knew enjoyed working.

Now the reward is front and centre dwarfing everything else.

So busy chasing the almighty dollar the only time they've got left in their day they spend reading a book that claims to decode "the secret".

#1 Reinhart is, Like Tinkler, a Boganaire. Both are classic examples of horrible Aussie bogans who lucked it into money and haven't got the personal wisdom to realise their luck. Tinkler is even worse as this rant shows - ‘’You’re a f---ing deadbeat, people like me don’t bother with f---ing you,’’ he reportedly said to The Sunday Age. ‘’You climb out of your bed every morning for your pathetic hundred grand a year, good luck.’’

#3 we've had this conversation before. You don't need to be passionate about what you do, but certainly finding a job you enjoy going to each day helps. I really enjoy my job even though it's just IT (I think it panders to my OCD-like desire for order and minimal-ness). And yes there is a lifestyle goal at the end of the 10,000 hours, but I plan to do some IT work until I die.

#4 Doesn't it say on Facebooks home page "It's free, and always will be" ?

Most of the shots at Gina Rinehart seem cheap to me.

She doesn't claim you can be a billionaire from nothing, she states there is no monopoly on becoming a millionaire.  Which is quite true in our country and a huge opportunity compared to many other totalitarian countries whose refugees we see arriving on our shores every year.

And she knows because that's what she watched her father do - so it's pretty weak saying that's not her roots.

Really? I think most Australians find her ongoing court case against her children, her complete lack of philanthropy of any kind, her continual misinformation campaign against any sort of mining tax, her ongoing support for climate change denial, and her incredibly condescending comments about those who didn't inherit $75,000,000 and a load of mining resources... to be rather abhorrent.

Still and yet, in the light of all these things (most of which are character traits and don't actually address any of the issues she raised), the leading comment in this section is ...
... she's fat.

In my book that's a cheap shot.

O.K. Ralphie...you are right as usual, lets just say  she's ampley proportioned and leave it at that.....
Then we will be free to listen to her message as muffles it's way from her chops.

Yes lets.  No doubt she could work on her delivery skills.

Perhaps she hasn't read enough of those self help books.

Oh...?sorry Ralphie.... I'm a bit confused, I don't think the muffling is a lack of elocution, more just a vibration of excess tissue.

My theory is that the life and disposition of a person is reflected in their face, which become more acute when you have earned a few wrinkles. Do a google image search on Gina and see if perhaps the images tell you something.

I never once referred to her weight. And I would never call her something immature like Gina The Hut...

Yeah. I can see your concern.

Most of the shots at Gina Rinehart seem cheap to me....
Ah come on Ralphie, most of the shots I've taken have been with Sterling Silver, nothing cheap about em, but I've got a soft spot for Gina  and it'll prolly stay that way given the look of her.

beleive me, there is nothing Gina can rub my nose in. I'm pretty happy with my lot and wouldn't swap places with her in a million years.

My only issue with GR is that she is just a CUB. If she wasn't cashed up she would be swilling XXXX beer at bathurst and denigrating <insert personally hated V8 supercars team> along with the rest of them.

So apart from mocking her inate bogan-ness, I ignore her completely.

Carefull there Stanley...your starting to sound a little aloof yourself....we wouldn't want that now would we.
Loved everything you had to say except for the ......beleive me......bit.
Stay happy Stanley...!

Happy to stand aloof from the bogan masses Christov :-) And honestly, $20 billion isn't nearly enough to compel me to live in West Australia! Urrrrgh. I struggle enough with the meagre cultural offerings we get in the Sydney CBD.

Yes there is certain Mr. Hart who happened on a cheap entry into The
Government Printing Office with some easy future profits attached.

Terry Baucher "The Week in Tax"