Get yourself a money buddy; How to turn $400K into $1.7 m; Flat fee portfolios; Unbundled pricing; Unpicking Warren Buffett 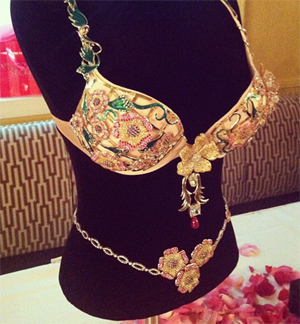 If you want to up your savings rate and record, get yourself a money buddy. According to a new research study, the details of which are published in this Times Money piece, making yourself accountable to someone is a more effective way to boost your savings than even a high interest rate account. This hypothesis was tested by the National Bureau for Economic Research who took a group of low-income micro entrepreneurs in Chile and divided them into three camps. One group was made to report their savings status regularly to one another. A further control group was given access to a basic savings account with interest rates of 0.3% to 3% and a third group issued with high-interest savings account yielding a 5% return on their investment.

The self-help saving group ended up depositing 3.5 times more often into their savings account and their average balance were as a result almost twice their peers.

I nag my own two children equally about saving their money but they have decidedly different habits. This morning the eldest (and most materialist child) struggled to find his little wallet that had a crisp $20 note tucked away in it. Son #2  (who professes not to care wit for luxuries) had three neatly folded $20 bills tucked away in his wallet the location of which he knew in two seconds flat.

Savers invested in the stock market might find dollar cost averaging another effective strategy to boost the bottom line.

Forbes Money, in the following article, looks at how a saver buying regularly into the S&P500 (to the tune of US$10k a year) would have fared over a period of 40 years starting back in 1972. That cumulative $400,000 invested in shares, would now be worth $1.7 million.

Investors dread volatility but really it's fees they should be more scared off. Get Rich Slowly, in this Blog "How Wall Street Eats 1/3 of your Savings and Makes you work longer" looksat the long term effect of investment fees as a percentage of account balances and compares them to flat fee portfolios. Sadly we don't have any flat fees on funds in NZ but you should read this piece anyway to get a sense for how fees really do matter.

Check out the fee load in the table below based on the following scenario:*

Let’s assume you have $100,000 and you invest that money in the stock market via a mutual fund that charges 1.5% a year. Let’s also assume that the stock market returns 8% a year for the next 20 years, but paying 1.5% knocks your return down to approximately 6.5%. (Yes, paying some mutual funds and investment advisors leads to market-beating returns, which I’ll get to later.) Here’s what the next two decades could look like:

Investors in a small market such as NZ tend to get the short end of the stick when it comes to fees which is all the more reason to pay close(r) attention to what you're paying to your fund manager (KiwiSaver or otherwise).

One area that you can control for, a little, is what you pay for advice. Although commission based fee structures are still common here, other countries like the U.K. and Australia, are trying to banish them. The main reason is to do away with advisor's bias toward products that they receive commissions on.

Some, but not all financial advisors, charge you a flat fee for their services that isn't built into affiliated managed funds. Shop around as there's a significant difference. To read more on this issue, have a look at this piece from Monevator.com on the effects of the Retail Distribution Review in the U.K. and the impact of bundled versus unbundled pricing.

5) Is Buffett lucky or smart?

Another interesting read from Monevator who takes issue with a recent Economist piece about Warren Buffett's stellar outperformance being a product of leverage rather than smarts.

Monevator peels back the layers, reads the original research piece from Yale upon which the Economist story was written and comes to the defence of Buffett.

Another good read.  Bookmark his blog, it's a goodie.

Yes, the featured image of Victoria Secret's US$2.5 million bank breaking bra is totally gratuitous. Who in their right mind would pay that kind of money for a bra!

My colleague Craig suggested, for musical accompaniment, Gary Moore's Friday on My Mind but I'm partial to David Bowie's version. Here's both because it's a long weekend. Enjoy.

*Adds scenario to go with table.

"Yes, the featured image of Victoria Secret's US$2.5 million bank breaking bra is totally gratuitous. Who in their right mind would pay that kind of money for a bra!"

Depends who's wearing it at the time ;)

Are there any index linked funds in New Zealand? I'd imagine they'd be low fee too.

NZ wasn't even on my radar back in 2001, let alone residential property as an investment. Anyway, doesn't do me much good today Chris-J. No way I could buy into over priced Herne Bay market, and even if I could there's no way it'll experience the same growth over the upcoming decade as it did the past. I'd put money on that. Right now I'm liking the looks of Torbay.

Based on US inflation figures, the average inflation over that period is 4.3%, put brokers and other fees into the equation, add a little capital gains tax (us) and you're just treading water are you not? all that volitility just to keep your worth.

I don't know much about index funds, I guess they return dividends? that might make a difference that is not shown in this example.

Compare this to my investiment in a small business 3 years ago of about $70k over 18months. Now returning semi passive income of 40k per year and employing two staff. And that's during a recession...

BTW, my apologies for that Bowie video. Pretty sure my 10 year old could have put together something better than that! Oh well, song's still good.

I was going to buy the bra but realised it's not even a matching set..!

Let’s also assume that the stock market returns 8% a year for the next 20 years.