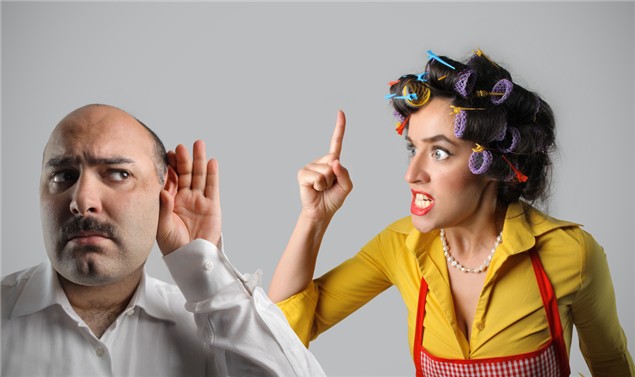 It's been awhile since I have had to share household duties with a mate however economist Marina Adshade's estimation that women are around 40% more productive than men (even if they are both in full time work) seems reasonable and resonates with my recollection. So how do we create greater parity between the sexes when it comes to domestic chores? Adshades, in one of her latest blogs, ponders tax incentives as a way to push one spouse back into the domestic sphere to ignite production.

Incidentally, Adshade, an economist from Dalhousie University in Canada, has recently published her first book themed to her very popular economics class called "The Economics of Sex and Love.''

Kim Dot Com's solution to keeping the peace on the domestic chores front? Pay someone else to do it of course. Mr. Megga and his wife have thrown themselves at the mercy of the courts to request an extra $20,000 a month of their allegedly ill-gotten gains be freed up so they can pay their sizable entourage which includes a personal chef, private assistants and five nannies, one for each offspring. This $20,000 a month doesn't include rent or other housing expenses to run their $22 million mansion.

For more insight into the lifestyles of the rich and infamous, the Guardian decided to go underground to explore the basements of billionaires. Bowling alleys? Really? Good grief.

The 10 best stocks to weather the long-term storm? Daily Finance talked to fund managers from around the world to get their opinion on some options with good long-term prospects. They include airlines, cinemas (in emerging markets) and designer labels.

The latest from the Occupy Wall Street movement? A how to guide for the heavily indebted. According to this piece from the Huffington Post it includes tips for writing angry letters to bankers and loan sharks and instructions on how to default on a payday loan. It also details the inglorious consequences of walking away from debt. In addition to the book, "The Debt Resistor's Manual," protestors are trying to raise money to help America's neediest get out of debt.

HuffPo describes it as a "rousing read" for anyone who has felt under the thumb of creditors.''

It also highlights the best free advice in the book.

"Use your company's printer to print the thing out. It's 122 pages long."

According to research out of the U.S, reported by certified financial planner Brittney Castro, while only 20% of women have a financial advisor, 70% profess to want one. I'm always sceptical of these studies, particularly when the research comes from a financial advisory outfit. Regardless, I was interested to read another statistic highlighted by Castro about the gender make-up of her profession. Less than 10% of financial advisors are women in the U.S. I expect those numbers are roughly in line with what you'd find here in New Zealand.

What all this suggests is there is opportunity for financial advisors, both men and women, who can make those connections with female clients.

Outrageous.  The very suggestion that women are generally 40% more productive than men in the home, assuming equal secular career demands, is a scandal!

Your recollection may resonate with this figure because you were shacked up with a Teacher.  Remember, those who can't do, teach.

And those who can't teach, teach gym.

He was a gym instructor, wasn't he?

So is there a correlation then between profession and household productivity levels? I'd like to see that research report.:)

I moot there might be link along the lines of the following:
For every ten hours a week you work longer than a benchmark (say 50) there is a marked decrease in household productivity. There might even be an additional correlation with how long you keep such work patterns up.

In my experience once you get above 55 hours a week just maintaining a basic level is functionality takes all your time, leaving no time for housework

#1 While I may admittedly have a tidiness ethic that approaches OCD levels, you can walk into my apartment any time without me having to run around tidying and cleaning, and you'll find it tidy and clean.

I've yet to meet a woman for whom the same can be said. So either I'm about 200% more productive than the average woman, or I just seem to attract untidy women.

You'd have to have your head in the sand, to get it so wrong. Not much room in them wings for batteries.

#5 I'm always sceptical of these studies, particularly when the research comes from a financial advisory outfit