Thinking about time and money; Being selfishly employed; The rich get richer (again); Avoiding family feuds over money; Tips on starting a blog

Thinking about time and money; Being selfishly employed; The rich get richer (again); Avoiding family feuds over money; Tips on starting a blog 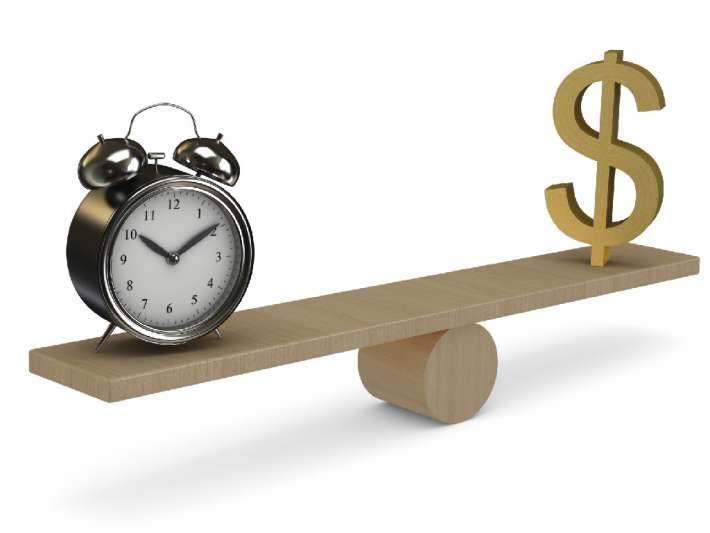 Belief dictates reality. Of course some of us would like our reality to be different from what it is, and in some cases the situation we find ourselves in really is beyond our control; the families we are born into being a case in point. Putting aside the lottery of birth and other external factors which we'll battle against in life, the extent to which we can shape and control our lives through belief and thoughts (as well as considered action) should not be underestimated. Neither should the impact of auto-suggestion.

An interesting example of this can be found in a study contained in the Journal of Experimental Social Psychology where researchers attempted to measure happiness levels around the accepted belief that time equals money. The Scientific American reporting on the study explains how subjects were asked to calculate their income as an hourly wage and then reflect on their levels of happiness when engaged in leisure activities. It turns out those who interpreted time as money found less pleasure in their free time, presumably because they believed it was being wasted.  The effect was modified when test subjects were paid to do something pleasurable, like listening to music. Interestingly those who weren't asked up front to measure the cost of their time in advance of assignments like listening to music derived more pleasure from it.

Researchers concluded that the very way we think about time in terms of money alters our experience of time underscoring the importance of our beliefs.

Do what you love and you'll never work a day in your life. Jeff Yeager, author of "How to Retire The Cheapskate Way," offers a similar view. He says, "It's only work if somebody makes you do it." According to Yeager, a growing number of retirees are adopting this mentality when it comes to working past the golden age. He calls it being selfishly employed.  Here's an excerpt from a piece on Yeager's new book carried by Yahoo Finance.

Being selfishly employed, according to Yeager, means taking your interest, passion, or skill and turning it into a cottage industry. “You are your own boss,” he said. “It’s not intended to be full-time work. It’s by and large not intended to be ventures that require any significant investment of time. No real risk. This is a very common phenomenon among my cheapskates…And most of these people are doing it every bit as much as way of occupying their time as perhaps need for the additional income.”

Being selfishly employed, in essence, means doing something in your life that you’ve always wanted to do, but had a full-time job that got in the way. “They couldn't do it for a living, but now they can work at it as their interest allows,” said Yeager, who at 53 is semi-retired writing about retirement. “Remember, it’s only work if somebody makes you do it.”

Why wait until retirement to become selfishly employed?

3) And the rich get richer

Meanwhile, wealth is growing exponentially for the 1%. A labour of love? I doubt it. The Huffington Post reports on how the world's top 100 wealthiest individuals have padded their bank accounts by the billions in 2012.

Money does funny things to people and can destroy otherwise good relationships if mishandled. Here's an excellent piece from the Age on how to avoid sibling squabbles arising from the division of family estates, something on the horizon for many families over the next decade or so given our demographic shifts.

For all you aspiring writers out there who want to get cracking with your own blogs this year, here's a useful primer from one of my favourite money writers Mr. Money Moustache on how to go about it. Very constructive.