"The money can wait"; Grooming your mini-me for success; Iger's tips for getting rich; Kid inflation; How good is your financial advisor?

Personal Finance
"The money can wait"; Grooming your mini-me for success; Iger's tips for getting rich; Kid inflation; How good is your financial advisor? 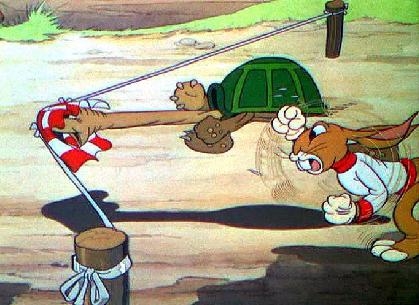 Money isn't everything but try telling that to a bright and ambitious 17-year-old who thinks chasing the big bucks is the quickest route to happiness. Try as I may, I could not persuade my dear nephew that his priorities were somewhat askew. While he grasped my point that working for a greater good and using your natural skills and talents for such a purpose was a noble goal, he argued that the most expeditious route to helping others was to hook into the capitalist machine at the tap, as an investment banker. Well, he could prove me wrong I guess.  Maybe it's just age speaking, but I'm enjoying the tortoise like pace at the moment.

Teenage golf sensation Lydia Ko reckons she's destined to become the richest sportswoman in New Zealand. It's a big bold claim, especially for a 15-year-old but something tells me this gal might just hit her financial target. Why?

Because despite her skill (at 14 she became the youngest player to win a professional tournament) she knows how to pace herself and she would seem to understand that patience really is a virtue.

In a recent interview (see this Globe and Mail story for more) Ko told reporters that despite the lure of playing the pro circuit (with all the big cash rewards to go with the victories) she recognised the merits of bypassing the fast track for quick gains, at least for a bit longer.

Success is a subjective term. Some parents aspire simply to see their child happy. Others wish to see their offspring graduate from Harvard, or become well paid doctor or lawyer, or maybe even a Nobel laureate. My wish for my children (as adults) is that they do something they love, that they're good people and that they harness their full potential.

Here's a great read from Get Rich Slowly on how to hot house your kid for financial independence at a very early age.  It's written by writer, business coach and entrepreneur Nathalie Peace of PeaceandProfit.com. Peace is author of  30 Keys to Building a Multi-Million Dollar Business: What They Didn’t Teach Me in Business School.

For another five-pronged approach to success, check out this Forbes Money piece on  Disney's Robert Iger (who just earned a 20% pay increase bumping up his pay packet to $US40 million) talking about how to get ahead in a pragmatic corporate manner that isn't completely ruthless.

How much does it cost to raise a kid? According to this piece in the Guardian, many would-be parents are being priced out of the market. Reporting on some recent calculations done by the U.K. insurer LV, the article suggests parents can expect to fork out more than NZ$420,000 to raise baby from birth to age 21. That's a 58% increase from a decade ago. The biggest expenses are reportedly education and childcare.

I'm not sure the same figures hold true for New Zealand but as a parent myself, I can testify that kids don't  come cheap. That said many expenses are elective. Education is not one of them so saving in advance for tertiary would be prudent in my opinion.

How can you tell how good your financial advisor is? If only their ability to grow their clients wealth was scored and charted.

Robert Motley of the Motley Fool offers some sound advice for would be clients looking for quality in a financial advisor. Motley, a certified financial planner in the U.S. shares my view that financial advisors (not unlike realtors) can be superfluous. That's on the basis that personal finance is "more pocket science than rocket science.''  Still, they do have a role to play particularly for those individuals who may be going in circles or who are looking to gain some traction on their journey toward financial independence.

The New Zealand Institute of Financial Advisors also offers some constructive advice on how to choose a financial advisor on its website here.http://ifa.org.nz/library/find_adviser/How_to_Choose_an_Adviser.pdf

Prosperity and peace to you all.

You've misintepreted what I said. She's recognised her potential wealth and how to harness it but through slow growth and maturity. The other is blinded by dollar signs. Good intentions were merely a seed I planted in his head for the sake of argument. And therein lies the difference. I have seen far too many "rich" people crash and burn in mid-life simply because they put money ahead of all else without thoughtful consideration of the whys and how to do it mindfully. But I would agree with you on one front; the individual knows best. Sadly, most of us learn some hard lessons along the way what counts most. It usually ain't the money.

A very hard conversation to have with a nephew.  Some thoughts.

Perhaps the mistake is not yet realising the price money will demand of him.  Nothing in life is free and although it may not seem obvious that includes secrets, love and money.

Or another tack. Why would not find and do the thing(s) that you love - what are you afraid of?  Because if you are afraid of a thing it already has power over you.

Right then, Mr Iger is no ones fool if he follows his own advise.  I wonder if you had put up a big list of "keys to success" and people had chosen what they thought they were going to be whether the average person would have selected the ones he did?

Education is almost free until tertiary, then interest free student loans kick in.

Childcare - Mum or Dad stays home until the youngest is 5, then works part time.