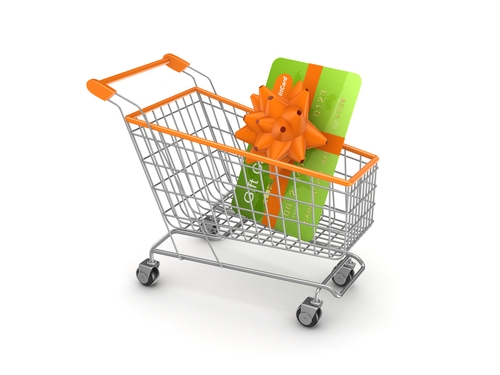 Supermarket giant Countdown has entered the credit card market, launching the Onecard Visa credit card, described as an all-in-one loyalty card and credit card, that provides "one of the most practical and rewarding loyalty programmes on offer in New Zealand".

Countdown, owned by Australian supermarket behemoth Woolworths,  has teamed up with GE Capital to launch the card, which will be in a "sleek black design", available from March 4, and will feature Visa pay/Wave technology, in which transactions are processed with a wave of the card over a terminal.

It will come as an all-in-one loyalty/credit card, carrying what Countdown describes as a "competitive interest rate of 19.99%". It will have a NZ$48 establishment fee and NZ$65 annual account fee.

Countdown managing director, Dave Chambers, said the Onecard Visa would help customers "turbocharge your Onecard points and earn vouchers faster, awarding points for almost all the everyday credit card purchases you make outside Countdown, wherever Visa is accepted. In addition, if you shop at Countdown using your Onecard Visa, you will earn double points".

“When we looked at other credit card rewards schemes in New Zealand, some appeared to us to be quite complicated in terms of the rewards that they offered or how those rewards were able to be redeemed. But with Onecard Visa, the rewards you will earn will be delivered right to your door, in the form of vouchers redeemable at any Countdown store nationwide or online."

Chambers said the addition of payWave technology would "dramatically increase the speed and convenience going through the supermarket checkout”.

Visa Country Manager, Caroline Ada, said: “The launch of this card is a great example of increasing competition in the payments industry, which will only benefit Kiwi consumers.”

"dramatically increase the speed and convenience going through the supermarket checkout” - Complete rubbish! When going through the check out process paying for the food with a card is the quickest part.  Competitive interest rate? Anyone can get a low rate credit card of around 13% from a major bank.

The reason behind your desire to apply for a credit card will affect the type of card you should apply for. A credit card that’s appropriate for someone who just claimed bankruptcy (likely a secured credit card into which you deposit money as a security deposit) will not be the right pay day loan online for someone looking to accumulate airline miles.