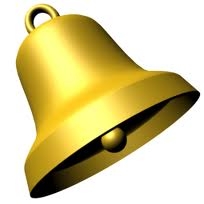 Will the bell toll for Allied Farmers?

Allied Farmers, which completed a disastrous debt-for-equity swap with Hanover Finance in December 2009, says it may be liquidated by a government entity.

The company says it had 15 working days to meet a statutory demand served on it and its subsidiary, Allied Farmers Investments Limited (AFIL), last month for NZ$540,000 by secured lender Crown Asset Management Limited. The 15 days are up today.

"The obligation subject of the demand is secured over an AFIL loan asset that is in default. Allied Farmers/AFIL had intended to use the proceeds of the loan asset to repay the Creditor, but because of the underlying default, has not been able to do so," Allied Farmers says.

"Allied is continuing to work with various parties (including Crown Asset Management Limited) on a repayment proposal that will be acceptable to the Creditor. The Creditor has said that in the absence of an acceptable arrangement, it may shortly move to the next step. The next step would be applying for orders appointing liquidators to Allied Farmers and AFIL."

"Allied is hopeful that a proposal can be agreed prior to the Lender moving to the next step, and will update the market further as the matter progresses," the company says in a stock exchange announcement.

Property lender Hanover froze NZ$554 million owed to 16,500 investors in July 2008. Investors' subsequently approved a moratorium proposal in December 2008 that pledged to pay them back over five years. Then a year later after getting back just 6 cents in the dollar, Hanover investors narrowly agreed to swap their Hanover debentures for shares in Allied Farmers that were valued at 20.7 cents each and are now worth just 1.9 cents each.

..... Watson & Hotchin argued that their good names were impugned by Sheppard's language towards them , and they've vowed to pursue him relentlessy in the courts for more damages ....

Justin Case we lose all grasp of reality here : It was Watson & Hotchin who destroyed $NZ 554 million of their clients wealth , and who bailed out , leaving Allied Farmers holding the ticking parcel  ....... it was not Bruce Sheppard !

Mr Sheppard has not been successfully sued, it was the Shareholder Association that settled.

This morning, Sheppard told the Herald that the action against him is still live he hadn't even contemplated settling:

"I haven't made them any settlement offer and haven't even contemplated it."

Thanks for the update and the correction ......

......I wonder what the original shareholders of Allied Farmers think of all this ....... their investment was destroyed too ........ Although in all fairness , Allied Farmers was already a lame duck before Watson & Hotchin handed it the suicide bomb , Hanover ....

Of course, we're still waiting on the outcome of the SFO investigation into Hanover and the FMA's case against Hanover directors and promotors seems to be stuck in the slow lane...