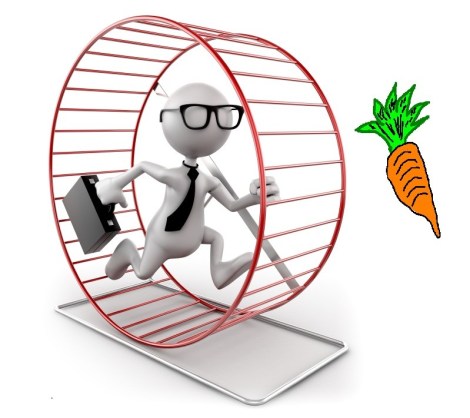 An occupational hazard of being a journalist (apart from developing gallows humour) is becoming a complete and utter cynic.

At one point in my career, when I was working for a tabloid, I reached new lows.

My level of cyncism became so harsh and toxic that a non-journalist friend decided to ostracise me and a few other journalists because we'd become unbearable to hang out with.

The dangerous thing about having a negative outlook, when you suspect and anticipate the worst in others, is that it becomes habit forming and starts to colour your entire thinking.

It's also self sabotaging to the extent that it holds you back from doing and trying new things because you think "What's the point?" or "That's lame!" or "Who am I kidding.''

Here's a little brighter in the same spirit of finding your flow, (a concept I write about my in my book), by Kathryn Budig, an internationally reknown yogi.

In case you cynics out there decide to skip it, here's the great Joseph Campbell quote she opens with.

“If you follow your bliss, you put yourself on a kind of track that has been there all the while, waiting for you, and the life that you ought to be living is the one you are living. When you can see that, you begin to meet people who are in your field of bliss, and they open doors to you. I say, follow your bliss and don’t be afraid, and doors will open where you didn’t know they were going to be.”

Yesterday I had the pleasure of chatting with a super friendly male model from the US. Poor me. This young Yank was working in a retail shop and after I confessed I wasn't going to buy anything, we starting talking North America. That conversation runs a line of questioning that includes: "How long have you been living here?", "Why did you move?" and "Are you happier here?" It's a typical conversation we "foreigners" have with one another. The big question that invariably follows is "Will you be staying?"

When this nice stranger explained to me that friends back home were eeking out an existence on US$6.25 an hour, the answer was pretty clear. Although he'd turned down a much higher wage of A$23 an hour in Perth to live and work in Auckland, he was pretty confident his long-term future was better by far here.

And that's a long, round about way of introducing this Forbes article on how Generation X and Generation Y are stuck on a financial treadmill that will see them struggle to create comparable levels of wealth to their parents.

At $6 an hour, I sincerely doubt it's possible to get ahead. Yes, it's easy to say follow your bliss and find your flow but that path will also require some concrete action to make some headway financially. Here's some practical steps via Brian Tracy who delivers a 7 point formula for financial freedom. It includes getting up early, writing out your goals and attaching actions to them, growing your knowledge, always reviewing and revising and asking questions. Specifically, Tracy suggests there are two magic questions you should pose after every meeting and "every event of importance in your life."

The imminent and exponential growth of elderly populations worldwide will pose major challenges for Governments worldwide. Adjusting our social attitudes will be no less significant that the financial wrangling involved, writes Guardian contributor Yvonne Roberts, commenting on a new white paper in the UK looking at how to deal with this demographic timebomb.

5) Getting paid what your worth

Also from the Guardian,  an interesting piece on Facebook chief operating officer Sheryl Sandberg's new book "Lean In" addressing pay parity issues for women and the secret to success. In a nutshell, she says women need to sharpen their negotiating skills and demand more money.

2) Generation treadmill
I'm so pleased to know that as a gen Yer, I'll never be rich in my life. Thanks boomers.

We live in the great age of plenty, the most extraordinary wave of material prosperity there ever has been.

Food is so cheap it's hard to get rich growing food.
We've made petrol as cheap as soft drink for decades.
Clothing might be the cheapest it has been in all of history - ever.
Worldwide markets have never been as accessible as now.
Even my 17 year old neice owns a car.

There is so much opportunity it's hard to keep on top of it all.

Scam and scum come to mind..."A registered cancer charity has donated less than 5 per cent of the $1.1 million it has collected from New Zealanders over four years.......The trust's financial records show it has donated $48,563.25 towards cancer research between July 2007 and June 2011 - only 4.2 per cent of the $1.1 million it received."herald
Let's expose those who took the remaining 95.8% of the donations...and let's ask Tweak and Fiddle to make this behaviour a criminal offence...
"The charity's listed officer, Gold Coast lawyer Troy Manhire, was investigated for fraud in South Australia in 2009 after pocketing a salary of close to A$500,000 from the Cancer and Bowel Research Association."

I decided to google "age of cynicism" and I came up with lots of hits.
"healthy cynicism" also has a lot of hits. There seems to be a bit of cognitive dissonance occurring here though as people are disagreeing with each other on this topic.
I don't agree with misplaced cynicism though. This often occurs when politicans try and pin something on their foes and try and get us to believe that something really bad has happened.
Misplaced cynicism is a complete and total waste of emotional energy.