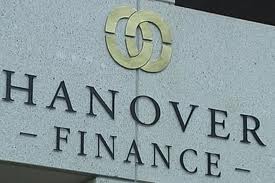 Eric Watson, the former co-owner of Hanover Finance, says the Serious Fraud Office's decision not to lay criminal charges over the property financier's demise is no surprise, and he questions how much the investigation has cost the taxpayer.

Acting SFO CEO Simon McArley yesterday said although serious questions arose from the Hanover investigation, it would've been hard to prove beyond reasonable doubt that Hanover breached its legal obligations, and the individuals in control of the group had both knowledge of the circumstances and caused them to occur with dishonest intent.

For his part, Watson said in a statement he was not at all surprised by the long-awaited decision.

Feeley made these comments in an interview with interest.co.nz last September shortly before he departed the SFO.

Watson, who was co-owner of Hanover with Mark Hotchin, added that he had been confident from the outset that the Hanover companies were responsibly governed and managed.

"I was not personally a director or officer but as a shareholder I invested heavily in quality people, advisers and processes to support that objective. I continue to have absolute confidence in the calibre of Hanover’s directors and in their governance during what proved to be unprecedented market events not constrained to finance companies or to New Zealand," said Watson.

"All of the directors are highly professional individuals who are successful in their own right. The decision announced today finally sets the record straight publicly but I have to ask, what this investigation has financially cost the New Zealand public?"

“This decision of the SFO after conducting such a thorough investigation is an important landmark and follows the Financial Markets Authority’s decision announced last year that its own investigation uncovered no basis for any criminal proceedings.”

Hanover froze NZ$554 million owed to 16,500 investors in July 2008. Investors' subsequently approved a moratorium proposal in December 2008 that pledged to pay them back over five years. Then a year later after getting back just 6 cents in the dollar, Hanover investors narrowly agreed to swap their Hanover debentures for shares in the Rob Alloway and John Loughlin led Allied Farmers that were valued at 20.7c each and are now worth just 1.8c cents each.

In April last year the FMA filed civil proceedings against directors and promoters of Hanover Finance, plus sister companies Hanover Capital and United Finance. Under the Securities Act, proceedings have been filed against Hotchin and Watson, plus directors and promoters Greg Muir, Sir Tipene O'Regan, Bruce Gordon and Dennis Broit. The charges relate to statements made in December 2007 prospectuses, subsequent advertising, and a March 2008 prospectus extension certificate.

The FMA is seeking declarations, pecuniary penalty orders and compensation for investors who made NZ$35 million worth of investments between December 7, 2007 and July 22, 2008. Former Hanover chairman Muir has described the FMA's move to file civil proceedings as disappointing. The directors deny and are fighting the FMA's claims. See more on this here.

The SFO said its Hanover investigation had taken 32 months and it had analysed more than 107,000 pages and 3,730 gigabytes of data over 12,700 hours. Fifty-four interviews have been conducted over 120 hours, and more than 30 individual loans or other transactions of interest have been identified and reconstructed.

“This has been by far the most extensive and challenging of the finance company investigations undertaken by SFO,” McArley said.

Handover Finance executives cleared of any wrongdoing. How much money did the owners loose over this debacle? Nada, zilch, zippo...
The only ones that lost money were the silly investors who lent their money without enough due diligence. Moral of the story... Don't invest in public companies in New Zealand! MRP...?
Thus Handover Finance joins the list of companies where the little people get cleaned out in New Zealand capital markets, whilst the "big fish" keep on swimming and taking OPM.
They're laughing all the way to the bank! Serious Fraud Office indeed...
HGW

"I continue to have absolute confidence in the calibre of Hanover’s directors and in their governance during what proved to be unprecedented market events not constrained to finance companies or to New Zealand," said Watson.
This statement brings a new dimension to the addage: To add insult to injury...
I remember Eric Watson flying to New Zealand from England, after picking up his girlfriend in Brazil, to watch a rugby game. I don't suppose Handover Finance had anything to do with this expense... His girlfriend payed for it all!
I did not loose anything, yet I feel anger at the incompetence of the authorities who allow this type of crime to go unpunished, after spending tax payer's money... they should be ashamed!
HGW

Apparently the SFO are now moving onto putting more resources into investigating South Canturbury Finance. I think that is a waste of time personally, as no investors lost any money in it, as it had a government guarantee, and I don't really know what they hope to achieve for taxpayers. Hanover however didn't have any government guarantee, so investors lost a lot of money, and I would have thought more resources in that would have been a good idea. I also am not surprised that the SFO didn't take it further.
Also it took the SFO far too long to investigate. I would suspect a large percentage of investors have now past on. Surely there should be a maximum time allowed, as all it has done is draw it out for investors.

and the gtee assited the wrong folk Insiders), as we remember a last flow of funds to SCF, exactly because of the gtee..
isn't there a timing issue, given the almost start of court day?

Come on Hanover Directors you've got more than enough money to satisfy your needs; How about facing up to your investors that you fleeced your wealth from and putting what is obviously wrong and right.
Rather playing the legal system to circumvent doing so.

Have to wonder how these guys sleep at night.  They are successful because they take big gambles, when the gambles come off they profit.  When they fail (spectacularly) they hide behind loop holes in the law and lose nothing.

Wonder what they tell their children/grandchildren.