Just how useless is the asset management industry?; Hedge funds for the 99%; $ and second marriages; Harsh economics of love; Rent right

Just how useless is the asset management industry?; Hedge funds for the 99%; $ and second marriages; Harsh economics of love; Rent right 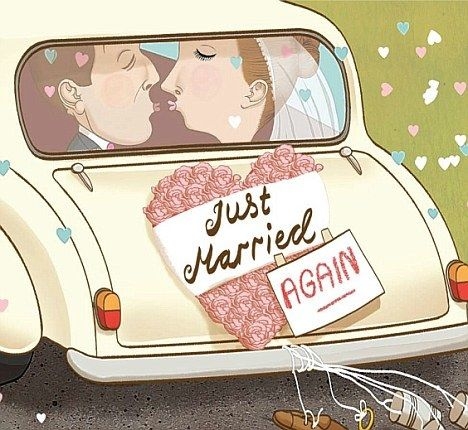 1) What are you paying for?

Just how useless is the asset management industry?

This blog from the Harvard Business Review raises the question in the context of the ongoing active versus passive fund management debate.

Writer Justin Fox asks whether investors who opt for the former really do get hosed in fees without any added value.

In the article, Fox makes reference to a piece in the latest Journal of Economic Perspective written by Burton G. Malkiel, a board member for the index fund outfit Vanguard.

Malkiel, as might be expected, has a go at the industry for what he argues is an unjustified increase in management expense ratios and fees giving ever expanding economies of scale. Fox brings some balance and overlooked numbers to the issue.

Why they do this a long-running puzzle. In the new issue of The Journal of Economic Perspectives, economist and long-time Vanguard board member Burton G. Malkiel poses it for the umpteenth time, and adds to it the observation that expense ratios on actively managed funds have over the past three decades risen substantially, even though economies of scale would seem to dictate that today's much larger funds ought to have lower expenses as a percentage of assets (domestic equity funds in the US had $3.5 trillion in assets in 2010, up from $25.8 billion in in 1980). And while it seems essential that we have at least some active managers in order to set security prices (if everybody put all their money in index funds, there would presumably be no link between stock price and value), Malkiel says that there's no evidence that stocks were less efficiently priced decades ago than they are now. He concludes:

The major inefficiency in financial markets today involves the market for investment advice, and poses the question of why investors continue to pay fees for asset management services that are so high. It is hard to think of any other service that is priced at such a high proportion of value.

It's a pretty harsh indictment. Malkiel is basically saying that the asset-management industry has no economic justification for being as big and rich as it is. He's probably right about that, although I wouldn't say his evidence is conclusive. The way he purports to show that markets haven't become more efficient through the years is simply that mutual funds found it just as hard to beat the indexes in 1980 as they do now. And the troves of performance and expense data available for mutual funds allow us to subject them to scrutiny not really possible for most industries. I'd definitely be a little scared to learn what the true economic value added over the years by management advice has been, for example.

One other thing that Malkiel fails to mention (although it's clear from his data and even clearer in a recent report from the Investment Company Institute, the mutual fund trade group), is that the expense trend shifted a little over a decade ago. After rising sharply in the 1980s and modestly in the 1990s, mutual fund expense ratios actually dropped (from 0.84% to 0.69%) from 2000 to 2010. Part of that is the result of a continuing shift into index funds, which accounted for almost 30% of all equity mutual fund and ETFs in 2010 (up from 0.3% in 1980). But expense ratios on actively managed funds have also been falling, from 0.94% in 2000 to 0.91% in 2010.

At first I thought this piece from thestreet.com on Goldman Sach's plans to offer hedge funds (US$1,000 point of entry) to the 99% was a joke. And then I discovered this from Forbes explaining how there's no need to go there; the world's largest hedge fund is already well established. It's called the Federal Reserve.

I read a rather depressing statistic about second marriages the other day; that most of them only stood a 40% chance of success. That was owing mainly to complications related to ex's and the Brady bunch factor of mixed families.

I don't have any doubt about the added complexities of ring fenced assets, kids that don't share the same genes and acrimonious relationships with ex spouses.

However being an optimist these days, I tend to think these are not insurmountable for those couples who bring to the table mutual respect, good communication, emotional wellbeing as individuals, a generosity of spirit and love and well as maturity and insights gained from lessons well and truly learned from the implosion or withering of first marriages.

Money talk is never romantic but it is an absolute must before tying the knot again. Here's moreon why from freefrombroke.com.

4) When the wife earns more

Most guys I know, with the exception of one, seem to get excited about the idea of being a kept man. That is they profess to have little or no difficulty with the possibility of their partner being the main income earner and them playing house hubby or stay at home dad. Oddly, and don't shoot the messenger, there's some research showing that doesn't bode too well for the prospects of happily ever after. Freakeconomics.com carries the curious details here.

With more cost conscious travellers looking for alternatives to hotel accommodation, sites like Airbnb  (an advertising platform for people letting rooms or houses) have taken off.

It's a great idea and something I recently took advantage of myself for an upcoming trip however if you're entering into one of these engagements make sure you do so with eyes wide open. The following from the New York Times explains how one Airbnb host was hit with a US$2,400 fine for running afoul of local housing laws.

Have a lovely weekend.

Like what you've read? You'll enjoy the book better. Here's how to order a copy of Amanda's book Money Matters: Get your Life and $ Sorted. The book is also available in ebook format as well via Amazon and is replete with hyper links to help you get your finances in order.

You can also follow Amanda on Twitter @amandamorrall; check out her previous Take Fives here; Find out what she's up on on her own blog here.

My wife and I have discovered that when both of us work full time it negatively affects our relationship.  The time and energy for each to maintain a full time position at the level the employer requires doesnt leave enough for us.  And useful to point out we don't have kids.

In that context it's seems to follow that if we valued our relationship more than mere work one of us would end up working part time at most and ipso facto earn less.  I know other couples in a similar dynamic.

Our experience is my wife is better at nuturing (our relationship) than I am, not at all inferring I could not get good at it but rather it comes easier to her, so in our case it was very likely I would end up doing the earning side and she would work part time.

I wonder how many of these couples (where the wife earned more) the husband also tried to hold down a full time job and to what degree that made things much harder?

#1 - In my own personal experience, managed funds are a bad investment option (to put it politely).  I have a managed fund (passive), the only reason I have it is because I needed to transfer my UK pension to NZ, the rules say that I can't get the cash tax free until it's been with a NZ institution for 5 years (strange rule, anyone hazard a guess why).  So each year I get sent a statement of my account showing 'returns' of around 3.5% and that is for thier 'agressive' fund, the returns for the safe cash fund is even less.

If you compare that to a self managed portfolio on the NZX I'd be earning circa 25%.  Even a savings account or term deposit would beat it my managed fund.