In part three of the making of a multi-millionaire, our guest blogger shares his wealth wisdom and reflects on the lessons learned

In part three of the making of a multi-millionaire, our guest blogger shares his wealth wisdom and reflects on the lessons learned 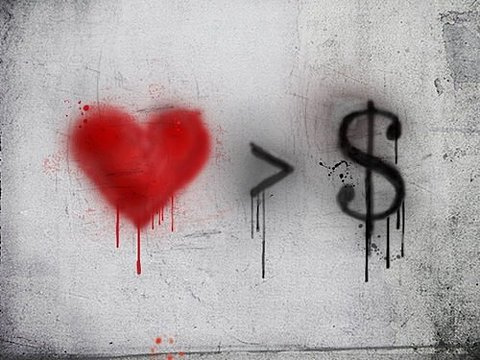 (The following is the third and final part of our series on the making of a multi-millionaire. If you missed parts one and two, you'll find them in the personal finance archives or by clicking on the highlighted links.)

What I would do differently?

In part two of this series, I gave some recommendations to those who want to get rich on a salary and/or in finance. They were:

That said, I would do some things very differently if I had my time again. Some may surprise you.

The first is working for money. What I did was always dominated by what I got paid. I was not steered, guided or influenced by money, rather I was dominated by it.

The problem with that is I ended up doing jobs that were paid well, but for which there was less and less job satisfaction. Working mainly for money was fine when I was young and in asset accumulation mode, but I felt less and less comfortable with it as I got older. Remember, your job is a big part of your life, so as you get older and richer it has to have a purpose beyond money. The law of diminishing marginal utility definitely applies, to the point at which people who get paid very well feel positively guilty about it.

The story that finance is a 'young persons game' is supposed to be because of the long hours and/or travelling, which eventually wears you down. Those are factors for sure, but what is not said often enough is that young people get rich quickly, and once they are 'comfortable' by their definition (and that varies widely), they often start thinking about their contribution to society and come up feeling very wanting. Remember, it is easier for a camel to pass through the eye of a needle etc. So some, including me, leave our industry rich but poorer for it some respects.

In hindsight, in spite of getting "rich" I would actually preferred to have worked in an area I was passionate about. In that case, enough money would have come anyway and it wouldn't have been a priority. I am always impressed by how many people have happy lives on much less money than I spend. I envy them more than they envy me, almost always.

I've heard that after aproximately NZ$90,000 the marginal utility of money goes negative. That explains a lot. My problem was that I was focused on money from a very young age much to the detriment of hobbies and passions. For some I guess making money is a passion, but not me. Lucky them.

So, for me, the old adage about 'working at what you love doing and leaving the money to sort itself out', is true. I did the opposite, and felt the opposite.

Another thing I would have done differently is buy a home sooner, with much less money as a deposit. I was always afraid of any debt and had minimal mortgages. In hindsight a larg(ish) mortgage increases your net wealth, particularly in periods of high or low inflation ( which is most of an investment cycle). Remember, as long as your income is reasonably reliable,  mortgages are the cheapest leverage available, over a long term appreciating asset, that you get to live in.

I would also have worked smarter. I prided myself on a work ethic and showed it via long hours at the office. There is no denying that, to a point, nothing substitutes for time worked. However, beyond that point, it is, literally, a waste of time. Clock watching is generally just that, and can be herd theory in its most wasteful. I made a point of not working weekends wherever possible, but did burn a lot of time at the end of working week days, when I could have been exercising or looking after the family.

I may be in a very small minority here, but I do believe that if you distilled down an average working day to truly productive hours, most professionals have no more than three or four in them. Take away lunch, coffee breaks, chatting, day dreaming, personal emails etc.and see how productive you really are. Then figure out how much extra time for fun you could have by optimising 'down time' at work and leaving earlier.

I also bought far too many things at times. It usually happened where either:

In hindsight, I would have taken my grandmother's advice and borrowed things I temporarily needed, instead of buying, as a default option, and freely lending my stuff in return. Where something needs to be bought, I would have adopted her advice to 'buy it once and buy it right'. That means buying fewer, higher quality things (note, fewer), that will last the distance that give real pleasure with each use. I have learnt from bitter and sweet experiences that 'quality is remembered long after price is forgotten'.

The final mistake was, believe it or not, not saving properly. I was always putting too much money in bank deposits, which in inflationary times can be, as Warren Buffet would say, legalised confiscation of wealth. In hindsight, I would have regularly paid into a low fee pension plan (KiwiSaver now) and/or bought a unit trust investing in equity indices, and benefitted over time from dollar cost averaging. The part that would have worked well is the compulsory saving into a growth vehicle that would have been 'out of sight, out of mind'.

So, there you are, someone who made millions saying that, if he had his time again, he would;

Am I mad or a little wiser? You decide and plot your course with care, with an eye to more than just the bottom line.

Thanks for the really interesting blogs. I've only just discovered them. Having read back over the first and second parts I'm surprised you bothered with the third after all the lefty, hand-wringing, doomsayer comments on the first two!
What you don't say is that I suspect there are many who leave the financial services sector, burnt out and still poor from living the high life. After all, it doesn't matter what we get paid but how much of it we keep!
cheers,
Dave

Quite agree that long hours is the last refuge of the incompetent.

Certaintly left the best for last, think this is a great article that can apply to most people.

This guy is basically saying if he had his time again, he would have borrowed loads of money and put it in houses. Well gee, that's imaginative. Cause that's really what our economy needs.

Feel free to to share the alternative path you chose to make your millions Mark.....

I don't think these articles have been about how he helped the economy? What are you doing to help the economy Mark?

So does anyone know what percentage of the GDP is actually involved in producing a physical product. Cause as with Mark, there seems to be no payback for the economy of this guy making millions, in fact a permanantly unemployed idiot  produces more in a garden plot of a state house for the economy than this guy.

1. He made most of his money overseas.
2. what have you done?