Mighty River Power directors seek another $85,000 in fees, which they say will pay for another director

Mighty River Power directors seek another $85,000 in fees, which they say will pay for another director 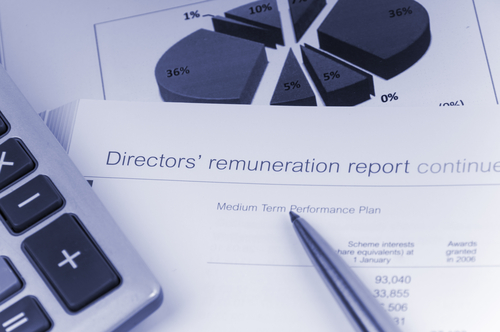 Just months after receiving pay increases of between 53% and 73%, Mighty River Power directors are seeking shareholder approval to add a further 11% to the total directors' fees pool.

MRP directors say they won't be increasing their individual pay, but the extra money will pay for an extra director, raising the total number to eight - an appointment that might be made by the board "during the year if it considers it necessary to do so".

In fact the Government has subsequently moved similarly to bring the pay of Meridian Energy directors "into line" as well ahead of its imminent sharemarket listing, though so far as this writer can ascertain these increases were not separately announced - though the new level of fees are contained on page 74 of the offer document.

The directors also collectively got up to an extra $195,000 "for additional work required for the transition to a mixed-ownership-model company".

Meridian shares are being sold to 'mum and dad' shareholders at a capped maximum price of $1.60, with just $1 of that payable upfront.

The MRP shares were sold at $2.50 each and have subsequently languished well below that. However, news that the company is going to start buying back its shares saw the price lift today by 5c to $2.25.

The company issued the following statement about the buy-back:

Mighty River Power has today announced that it will begin an on-market share buyback programme to purchase up to $50 million worth of shares as part of its capital management plans – reflecting the Board’s view that the purchase of its own shares is in the best interests of the Company and its shareholders.

Mighty River Power Chair, Joan Withers, said the Board believed that the buyback, representing less than 2% of the Company’s shares, was a prudent use of capital.

“One of the Board’s priorities as a listed company is maintaining an ongoing review of capital management as Mighty River Power transitions out of a period that involved significant capital investment.

“The Board’s view is that a purchase of our shares, at this time and at current market prices, provides a return above the Company’s cost of capital and will be value-enhancing for our shareholders. It is also preferable at this point in time to the other tools we have available to us such as a special dividend or a change in dividend policy.”

Mrs Withers said the Board had taken into account the Company’s out-performance against the FY2013 IPO forecast and the approximately $100 million lower than forecast capital expenditure in FY2013, which resulted in a stronger than expected year-end balance sheet, and the lower capital expenditure now planned for FY2014.

“We will be continuing to monitor capital management, taking into account the cash flows from our new Ngatamariki geothermal station and the Board’s commitment to maintain the Company’s current credit rating. Currently our dividend policy and IPO forecast provide for a 1 cent per share (8.3%) increase in fully imputed dividend from FY2013 to FY2014 to 132 cents per share (representing 71% of Free Cash Flow3 and a gross dividend yield of 8.2% at market close 9 October 2013).”

Mighty River Power is forecasting an interim dividend of $72.8 million which equates to 5.22 cents per share to be paid in March 2014.

1 Ordinary shares bought back will not be cancelled and will be held by the Company (as treasury stock).

2 Dividend payment in cents per share based on the number of ordinary shares currently on issue of 1,400,000,094.

Cripes, the Mighty River Power directors must have lost their nerve or were forced to defend over exuberant  share price valuation models prior to the float - are they using borrowed money to undertake this action thus adding to the demands from energy users and tax payers alike? If not they should return the money to the company owners. Nothing worse than directors choosing winners, particulary when it is their own failing company.

Nonetheless, the entitled amongst us must be squealing loudly in someone's ear - this is a  bailout of the first MoM float. First Solid Energy - now this. When will it end? The Key Government certainly exercises little restraint when the vissicitudes of capitalism play a harsh hand - it is more than quick to grasp corrective levers often associated with an oppressive command economy.

Good link, thanks.
A couple of other excerpts stood out to me.
Withers said the board took into account MRP's out-performance against the annual 2013 forecast.
The company's net profit of $114.8 million for the year to June was $20m above the forecast in its initial public offer prospectus published in April, despite the summer drought.
If the company has already achieved $20 million more in profit than planned, then that is another $10 million in cost to the citizens of NZ from selling half the company; either as overcharging for electricity, or foregone dividends.
The MRP board could have used some of the above-forecast profit to pay a special dividend to shareholders but Withers said the share buyback was preferable.
This was the most interesting bit. If the government plans to keep 51% of the company indefinitely, (as it has always said) then it should be totally indifferent to the share price, and only interested in the long term dividend cashflow. So the Board has acted in the interests of the 49% shareholders it seems to me.
Will the government now sell half the shares to be bought back? Or will it let its shareholding lift to greater than 51%?

The whole exercise is a tragic farce.

reposted from another thread; is more relevant here.

Stephen L
Will the government now sell half the shares to be bought back? Or will it let its shareholding lift to greater than 51%?

iconoclast.
I didn't suggest it would acquire the shares. It presumably has the right to sell into any buy back, although I see from a separate reply elsewhere that apparently the government has committed not to do so.

yes, I see now what you are getting at - that was subtle
The sellers would have to be those institutions who are under-water and aggitating .. if the government was the seller, it would stifle the very objective they are trying to achieve

Just another episode in the black comedy of Key's "big idea".

Ahhh...!!  Just goes to show the magic power of free enterprise and the free market in, er, reducing costs and prices.   Hmmm.

MRP shareholders can be well pleased that their directors are prudent enough to buy back shares , and to cancel them , when the share price is depressed ....

... one can safely assume that the buy-back will be so constituted as to maintain the 49/51 % shareholding split between the public issuance and the government  ...

For whom?  -  the proposed value of the buy-back is chump change compared with that which was raised ($1.7 billion) at the IPO. This is a moral hazard stunt engineered to raise the spirits of those nursing inevitable losses from virtually day one. Pro-rata scaling of buy-back delivery orders will just annoy those that are eligble to participate. National Party commerce pranks and their bottom of the cliff outcomes are tiresome at best.

There are a small and limited number of winners in this merry-go-round:

The Government has driven a harder bargain in setting the fees for selling up to 49 per cent of Meridian Energy but when all other costs are taken into account the total bill for the float could still be up to $41.5 million.

The three investment banks involved - Deutsche Bank, Goldman Sachs, and Macquarie - are guaranteed a base fee of $750,000 each.

That is higher than the base fees for Mighty River Power of $666,666 paid to Goldman Sachs, Macquarie and First NZ Capital/Credit Suisse.

But the performance fee has been slashed.

The investment banks in charge of selling Mighty River had the potential to earn up to $1,333,334 each if they reached certain price and value targets.


This time around the bankers will be able to earn only up to $750,000 for performance. Commission fees are then paid on top of that.

A Treasury spokesperson confirmed higher hurdles had been set for Meridian Energy.

Mighty River Power cost $40.8 million to float, of which the Government paid $28 million and Mighty River shelled out $12.8 million.

That put the cost at 2.4 per cent of $1.7 billion raised. Meridian's fee could be under 2 per cent of the up to $2.3 billion the Government could raise. Read more

.. did you have an unhappy childhood Stephen , because you always seem to be so angry and cynical about everything ?

But I am pleased the car dealing community is breaking records last seen just before the 1987 stock market crash. Read more - I am sure UDC/ANZ is well pleased and the RBNZ will feel blessed now NZers are spending more than their fair share of the dairy export receipts on fast depreciating consumables.  It's hard not to be cynical.

... or you could choose to be less cynical and say , " hey , consumers in NZ must be feeling more confident , they're replacing their gas guzzling old clunkers with shiny new fuel efficient cars " ....

The Kiwi economy is on a sound footing .... which is a good thing in my opinion ...

Well put your money where your mouth is and buy a yard or so of NZD/USD and move it to it's legitimate value @1.00 on it's way to 1.2000. My cynicism will subsequently dissolve into joy.

... I really hope you get your joy , Stephen , I'd like to think there is something in this world that would make you happy ...

But I suspect that even if Beyonce Knowles was to offer you her breasts , you'd ask , " havn't you got anything in low-fat ? " ....