Parents of children born this year expected to pay up to $327k for private schooling; ipad and laptop requirements bump up cost of 'free education'

Parents of children born this year expected to pay up to $327k for private schooling; ipad and laptop requirements bump up cost of 'free education' 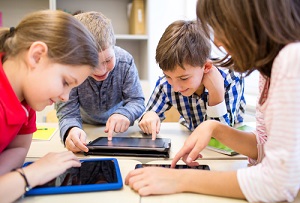 Believe it or not, but there’s something that could require more savings than buying your first home… Sending your kids to school.

New research done by the not-for-profit organisation and education specialist, ASG, has found that the parents of a child born this year should expect to fork out $326,773 if they’d like to send their child to a private school from Year 1 to 13.

These figures are based on almost 2,000 survey responses ASG has received. They include a range of variables including school fees, transport, uniforms, computers, school excursions and sporting trips to determine the cost of education.

ASG chief executive, John Velegrinis, says it has never been more important for parents to plan for their child’s future.

“The increasing costs of education are putting strain on the family budget. If you have two or three children, the cost of their education could be higher than the purchase price of the family home,” he says.

“We treat education as an incremental thing. Because it’s not treated as a major life event, it sort of creeps up on us and for that reason we never fully appreciate the total cost involved.”

While these totals haven’t changed much over the last two years, Velegrinis says education inflation has been rising at 1.5 times the rate of normal inflation over the last 10 years.

Importantly, it’s been increasing faster than wage growth, which has seen the average New Zealand income increase by around 3% a year.

ASG reports parents of secondary school children will have to spend 12% more on computers in 2016 compared to last year, despite the cost of computers decreasing.

Yet Velegrinis says the picture isn’t all doom and gloom for New Zealand, with the national metropolitan average of a state education in Australia costing parents almost double the forecast cost here.

Private education is also more affordable in New Zealand, with Australian families spending 53% more across Australian cities. Parents in Sydney pay more than $1 million to put their children through a 13-year private education.

It reports voluntary donations are expected to top the $1 billion mark when school goes back in a few weeks' time.

Epsom Girls' Grammar and Auckland Grammar were the schools that banked the largest donations in 2014, at $2.5 million and $2.2 million respectively.

From others examples (i have no children and dont plan on it until much wealthier) the worse thing is the lack of control of spending. Without kids you can control spending and be tough on yourself. Kids (and wife) take away the control for most, and while you could happily say no to a new shirt for yourself, saying no to little billys new shoes when his old ones are looking rough is less easy. Times these expenses by 100 and most give up trying (people will power is limited and every tough spending dicision takes its emotional toll) and resigned to the fact that income gets gobbled up almost entirely by all these out of your control expenses.

Having children is costly, but this is largely due to a reduced income for one parent and/or child-care costs. However a lot of other things are discretionary expenses (and spending more probably won't make the kid happier or cleverer). How much to spend on food; clothes; extra-curricular activities, is up to the parents. Kids don't need new clothes, they don't need to attend private school, they don't need their own bedroom (most kids are happy enough to share); they don't need private music lessons, etc. I hope to teach my kids the value of living a simple life materialistically; being grateful for what they have; working hard and saving well; and being generous (giving some of their income/pocket-money to charities in developing countries).

I received $5,000/year student allowance when I was studying (and I was able to live at home with my parents). My younger brother isn't entitled to the student allowance, and he is choosing a degree that requires him to live in a different city - so he'll have to pay hostel costs. My parents have decided to match what he earns each year while studying, dollar for dollar, to assist him (if he passes). This seems reasonable to me.
Personally I don't think parents should feel obligated to financially assist their 18-23yr old with tertiary studies (other than by providing free board if possible) - student loans are interest-free, and students can get part-time jobs. They can also work part-time through high school & save towards University (like I did, I started Uni in 2006 with $6000 saved from babysitting; busking; cleaning etc). It's possible for students to finish University debt-free if they can live with their parents while studying. My friend finished her 4-year degree debt-free (living with her parents; working at a supermarket part-time; and not receiving a student allowance). I studied for 6 years and came out debt free in 2012 & with $20,000.00 savings (thanks to my student allowance & part-time work).

Well done on avoiding debt through the tertiary system

Lucky for me I was so stupid I had five "accidents". If id stopped and thought about it or read articles about the cost I would have been paralysed with fear. I can safely say the world is a better place for my lustfulness, not only do I have the bestest five kids in the world but the bestest five inlaws and the very best five grandad kids. What's more I'm still young enough to enjoy betting them at stuff like mountain biking(actually it's probably the only thing).
I am completely skint but the kids aren't to blame for that.

The best things in life are based in our relationships with people. So apart from your inequitable contribution to overpopulation it sounds like you are rich to me.

I read this article as if you send your kid to state schools, it will, at worst, cost $32,327 over 13 years. Sounds very reasonable to me especially compared with childcare costs.

Was holidaying in Malaysia last week and came across this article; perhaps we should follow the recommendations in this article and make some money to pay for school fees..!

Does anyone know whether the use of these iPads and laptops are actually written into the NZ curriculum - or is it just a decision made on a school-by-school basis?

Point being, I teach at uni and haven't come across many papers that require the use of devices in the classroom.

How many uni papers have content available in pdf, video or audio format these days? Compulsory maybe not but you would be severely disadvantaged not having a laptop. Access to resources is important.

I come from Spain where I studied for "free" all my primary and secondary in quality public schools where my parents had to pay only for the school trips whenever there was a school trip.
Then I went to University and got my degree in 2006. I was able to pay for my own studies by working during holidays and weekends, the price was around $1000 NZD a year so it was not a big deal for me. No loan of course, in fact I was able to save enough to party hard (Uni requires hard work but also hard celebrations)

Most of the countries in Europe are in similar situation if not better like France, Finland, Czech Republic, etc.

I am amazed about the acceptance there is about student loans in NZ. Do people in general really think that it's normal to get indebted to study for a better profession where you would end up paying more taxes and contributing towards better society development? Because I don't..

I understand overseas students must pay the full amount, and most of them will do so gladly because tertiary education is NZ's immigration back-door and essentially they're buying a visa. No, they don't come to NZ because of the high level of the education and schools, sorry to mention it..

but NZers? why aren't studies fully subsidized with some conditions (not leaving NZ for some years later, finish the studies on time, etc.) What are our taxes funding apart from the gaps that the unfair taxing system leaves in government's finances?

Isn't a society where people are better educated and have better skills a better society?

In fact in the XXI century where Massive Online Open Courses are available, where new technologies allow more sources of knowledge, cheaper channels of communication, flexibility, etc. it's hard to believe even non-subsidized studies have to be that expensive.

No wonder why in NZ they need immigrants like myself to fill the gaps, millennial kiwis are being ripped off!

I have a newborn kiwi daughter and if her education is really going to be that expensive I will have to really reconsider some things about our future.

My opinion is that education in NZ is more of a business (a good profitable one) than anything else. I have friends teaching in the Polytechnics and working with students. It is insane the amount of resources put onto "helping students", extra staff and things that in my opinion are not necessary in such a big number when dealing with adults that should be capable of dealing with things in a more independent way.

an employee with a big debt is the best employee you can get. that's it

that was the case years ago but only the brightest went, and your study depended on your bursary that you qualified for topped up with part time work
next level went into trades and so on down. then someone in their wisdom decided that anyone could go to university and the poor were disadvantaged from going as it was so the student loan scheme was born.