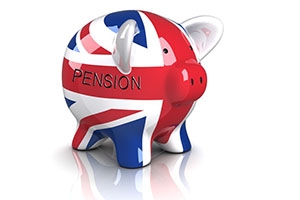 For many years transferring a pension from the UK to New Zealand was not the norm with confusing legislation and tax compliance issues.

All that changed in late 2013 when the Inland Revenue proposed a tax amnesty on UK pension transfers that suddenly thrust the decision of whether to transfer under peoples noses.

Since then UK pension transfers have become mainstream with over $1.5 bln being transferred into New Zealand schemes (excluding KiwiSaver schemes) over the last four years (as shown in the graphic below).

Source: Annual reports of New Zealand superannuation schemes that are listed as QROPS

Anecdotal evidence from New Zealand QROPS is that the trend for transferring has continued at pace since March this year.  This is particularly interesting given the impact of Brexit, which has thrown up a wave of concern and a weaker Pound (even as recently as last year it was at $2.40 compared to the current $1.75 level).

With most New Zealand QROPS now offering sterling denominated funds the previous issue of being forced into dollar denominated funds has disappeared. And the sterling funds have certainly been popular with most transferees since the Brexit vote, especially as there is more control over when they can be converted into dollar funds. This level of control and flexibility is in sharp contrast to the previous system of waiting for the desired exchange rate then starting a transfer which then took six months by which time the exchange rate was anyone’s guess.

For decades people in the UK have been told that final salary (or defined benefits) pensions are ‘gold plated’ and the perception has been established that defined benefit pensions should never be transferred. This has always been the opinion of the Financial Conduct Authority of the UK and of course the schemes managing these pensions, with an advance payout of 20 to 30 years of a members pension reducing the schemes overall pension pot with each and every transfer out.

In recent times though these ‘gold plated’ schemes have come under the microscope as they simply do not have enough money to meet the payments that they are required to make. In fact the shortfall is estimated by various authorities to run somewhere between £400 bln and £800 bln. However, many of the schemes, despite being in a shortfall are still offering full transfer out valuations.

It was interesting to note that former UK Pensions Minister, Steve Webb waded into the debate and suggested that more people should be transferring out as “transfer values were currently at eye-watering levels”. This is in response to the Work and Pension Select Committee looking at the possibility of allowing UK companies in crisis to reduce the benefits their schemes pay members in order to prevent them falling into the Pension Protection Fund (PPF).

Post Brexit bond yields, crucial for determining transfer values for defined benefit and final salary schemes, have dropped. While small, this bond yield drop has in percentage terms led to large increases in transfer values (in many cases up to 20-30% increases from pre-Brexit rates).

Many people are now looking at the larger pot of money on offer and thinking that’s attractive (especially if they don’t have to convert into New Zealand dollar funds on transfer). However, that still needs to be weighed up against the benefits that are being foregone with a defined benefit or final salary transfer and only comprehensive expert analysis can show that.

So, Brexit has not been all bad news.

It sounds like that all adds up to one large incentive for Brits to move to NZ if they can. There will be a point where the funds will just have to break the promise and scale back the benefits.
Thankfully, in NZ with the govt super, the (govt greed induced) unfunded liability is all out in the open.