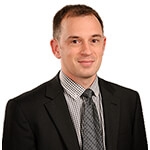 Auckland is set to lead New Zealand jobs growth over the next four years, while New Zealand’s second city, Christchurch, will slip below the national average as economic growth struggles to stay at rates experienced during the post-earthquake boom, according to economic forecaster Infometrics.

Infometrics on Wednesday released its latest Regional Perspectives report, with forecasts for employment growth and key industries out to 2021.

Auckland will outperform the national economy during the four years, with 85,000 new jobs expected to be created over that timeframe, Infometrics chief forecaster Gareth Kiernan said. The region represents 38% of the New Zealand economy and 35% of nationwide employment (824,200 jobs).

But growth will not be limited to the high-end service part of the Auckland economy. “The construction industries will experience substantial job growth as the prolonged response to Auckland’s housing supply issues continues throughout the next four years,” Kiernan said.

“Residential construction activity will be accompanied by the need for ongoing investment in infrastructure in the region as well.” A combination of population growth and further increases in tourist numbers will benefit the retail, accommodation and food services industries, he said.

Northland, Waikato, Bay of Plenty, Nelson, Tasman, Marlborough, and Otago are also expected to exceed 2.0% per annum jobs growth over the next couple of years, Infometrics forecast.

Christchurch construction jobs to drop 10% over next year

“At 0.9% per annum over the next four years, we are forecasting employment growth in Christchurch to lag behind nationwide growth of 1.7%. The toughest period is likely over the next 12 months as construction employment declines by over 10%,” Kiernan said.

Economic activity in Christchurch grew by an average of 4.7% pa between March 2012 and March 2015 as the city recovered from the devastating earthquakes of 2010 and 2011. This growth rate was a full two percentage points faster than nationwide growth.

“But with residential building activity having peaked in 2015, and signs that both non-residential and infrastructure construction are also tapering, economic growth in Christchurch has slipped back below the national average. This struggle to keep up with the performance of the broader New Zealand economy will continue throughout the next four years,” Kiernan said.

Other parts of the Christchurch economy that are likely to come under pressure include motor vehicle retailing and manufacturing. “Manufacturing activity in Christchurch has been under sustained pressure from the weak Australian dollar and soft economy across the Tasman,” Kiernan said.

“Demand from Australia is a significant driver of manufacturing activity in Christchurch, and although both Australia’s economic performance and the exchange rate are likely to become more favourable for exporters over the 2-3 years, the city’s manufacturing sector is unlikely to grow rapidly.”

There were bright spots for the city. “Strong performances by professional, scientific and technical services (2,850 more jobs over the next four years), health care and social assistance (2,950 more jobs), and education and training (1,650 more jobs) will be big contributors to new job growth,” Kiernan said.

“Provincial centres, such as Whangarei, Wanganui, Palmerston North, and Masterton, with hospitals offering mid-level medical care to a catchment that extends well beyond the town in question, will also benefit from the industry’s growth.”

“The grey wave of aging baby boomers represent not only a political bargaining chip, but caring for these people will be one of the key sources of employment growth in provincial centres over the coming years.”

This article suggests that record migration is far from over. With more than 16k new jobs just in Auckland, the government better free up some capital for the Council to spend on infrastructure immediately or solve its funding issues before living standards are irreparably damaged for future generations. Meanwhile the Council should try to decentralize office spaces from Auckland Central to less populated suburbs within the region.

Why should they do it just for Auckland. It should stand on it's own two feet. If the growth is such an economic miracle it should be generating more than the extra funding required. If it cannot, why are we wasting our time with all these extra people.

Auckland should start to eliminate the cross-lease property titles and make them standard freehold. The council could make this process easy and charge a fee to raise money for infrastructure. This would make it easier to knock down old houses and make alterations easier stimulating more work and business for related industries in the region.

Totally agree! Cross-lease needs to go into the rubbish bin!!

government needs to sit in Auckland and sort out the infrastructure mess .

Wellington is too far removed. Being central to NZ is 19 century thinking and no longer relevant.

After sitting in traffic for an hour this morning and going nowhere fast I cannot believe that for a major city good portions of the southern motorway are 2 and 3 lanes. Any other major city around the world would have 6 or 8 lanes. The opportunity cost to AKL (and NZ) is enormous.