Average rents in Queenstown-Lakes declined by $89 a week in the second quarter of this year, Wellington City rents down by $16 a week

Average rents in Queenstown-Lakes declined by $89 a week in the second quarter of this year, Wellington City rents down by $16 a week 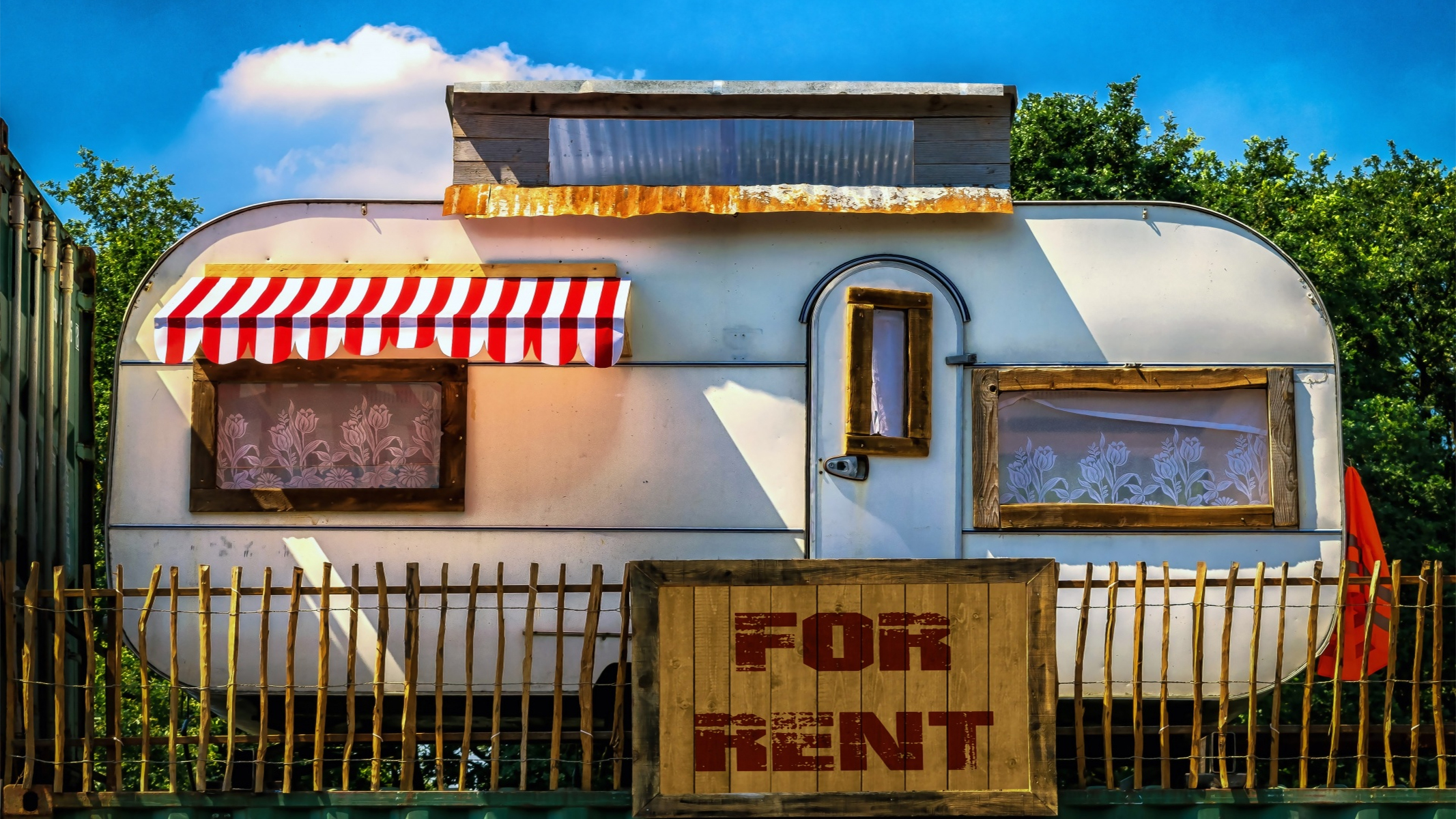 Overall, the rises in the north of the country and the falls in the south almost evened each other out, with the national average rent (based on bonds received by Tenancy Services) increasing by just $3 a week (+0.7%), from $461 in Q1 to $464 in Q2.

However there were strong geographical differences.

Average rents were also up in Hamilton, Tauranga, Rotorua, Napier and Hastings (see the table below for the full details).

Within the Wellington region average rents declined in Kapiti, Porirua and Wellington City and rose in the Hutt Valley.

In the South Island, average rents were down in most districts, dropping by 1.7% in Christchurch and in Queenstown-Lakes the average rent dropped by a massive $89 a week (-13.7%).

However it is too soon to say if the figures signal a softening trend for rents.

It is not unusual for rents to be slightly softer in the winter months than they are at either end of the year and the second quarter's rental figures this year would have been affected by the COVID lockdown in the middle of the quarter.

The third quarter's figures are likely to provide more significant clues about where the market is headed.

Wellington rentals go summer to summer so it is seasonal. A decline that small shows just how tight the market is there, I've had to discount by 20% to tenant a property off-season before.

0.9 percent Auckland increase in Q2 seems neither here nor there, it's the incremental effect that catches up with tenants/renters. See the writing on the wall and buy now.

You're right about the writing on the wall....it's been there for some time. But it's been a bit like one of Banksy's efforts; people have stared at it without really understanding what it actually is trying to tell them.
Rental returns are set to soar on a net yield basis - as the denominator in the equation falls.

Subtle punchline :)
But how so... I see stable not chaotic

Small typo?
The standout for the Canterbury Region: "Rangitikei" is in the North Island, maybe "Rakaia"?

Quite understandable - its Friday after all.

Currently changing flat in Auckland due to there being more available and cheaper. I am looking for a shared flat, have come across a few that were air-bnbs now looking for longer term stays. I didn't realise how many air-bnbs were around in the Auckland suburbs! On a side note, walking around Mt Eden in the evening, hardly any of the houses have lights on. I really wish we had an empty home tax.

Airbnb is under fire for asking guests to donate to hosts because of hardship.

The campaign for host donations comes as Airbnb enters its fifth month of deeply reduced business amid the pandemic, and it seems to be a way of trying to appease angry hosts who had gotten used to the extra income that Airbnb has provided them for the last few years. And Airbnb says that 100 percent of all contributions will go directly to the hosts.

But as Business Insider explains, the worst-off hosts are not likely the retirees renting out spare rooms, but rather people who took out mortgages on second and third homes in popular tourist markets, gambling on their ability to make a steady income from this without interruption.

New York Times tech columnist Mike Isaac today reacted to Airbnb's gaffe calling these mega-host empires like the "mortgage-backed securities of the sharing economy." The request for contributions is basically asking customers to "donate money to landlords... many of whom have overextended themselves by leveraging multiple properties which they rented out pre-covid, and are now going empty," he writes.

An empty home tax is just another burden which would prevent investment in property, which is actually what we need to improve the quality and quantity of our housing stock.

Unless you're parking some dirty laundry...

there used to be, but not any more

Haha another case of leftwing nutjob "wishing" for tax for thee, but not for me. Lemme ask you left wingers. What's up with always wanting to control what other people are doing, typically by calling for taxes that doesn't apply to you? Is it stemming from your socialistic tendencies to feel a little power/superior over your fellow NZers? Power over people, power to the state comrade St Jacinda :D Surely not, that's too evil. Perhaps just a simple case of victim mentality because it's everyone else's fault? :P

We interesting to see how this plays out across different sized dwellings, annecdotally i heard from a few property managers that following the lockdown a lot of people in one bedroom and studio apartments in Wellington broke their leases to head to larger accomodation. It doesn't seem like rent has dropped for family sized homes.

The probable question is why are rents rising, given we have just been through (past tense) a pandemic. For the against case we have departures exceeding arrivals by a healthy margin, we have no tourists or Intnl students and bnb are supposedly converting to longterm.
PS no mudslingers please

Most likely a idiosyncrasy of how the data related to rents is collected and recorded. Rest assured that rents will fall and are falling. It's more a question as to how much. This will show up in the data with time.

We could witness a flurry of temp workers leave NZ in the coming months, especially those who are currently out of jobs but have had their visas extended by the government.
As per a recent Newsroom article, many of these temp visa holders are likely to sit tight till the last minute in hopes that the NZ economy would need them again or or that the govt gives them another visa extension.

I think the situation is dreadful. These people are bought to NZ as a 'cheap component' to exploit for economic gain. No different to how Mexicans are used in North America. It is a sign of desperation when we're reliant on migrant workers to save the skin of landlords. Shameful really.

It surely is something we need to be ashamed of. The problem unlike any other Western countries is much of our core industries lack productivity and have historically thrived on bulk output from low-wage worker exploitation.

We have deeply monetised this broken system by also extorting tens of thousands of dollars from these low-skilled workers through agents that insist on calling themselves 'tertiary institutions' and bring these people here for exploitation with the promise of permanent residency. This has earned us the title: 'the Dubai of South Pacific'.

What's worse is that both the government and major sector players are planning for nothing but a gradual return to our pre-Covid 'normalcy' once we lift border restrictions.

What really gets me about renting in Wellington is that disgustingly damp, depressing houses with dreadful access fetch outrageously high rents.

If you want to live anywhere near Wellington's CBD then you can expect to pay through the nose for a rental.

Landlords are creaming it.

If rents are rising, does this imply property prices are steady?

If you want to throw mud that's fine. "This is not North Korea" eh

Most migrant labour is premeditated & probably from both sides. They come because things where they are from are so dire that they get on a plane a fly half way round the world to do it. NZ'ers don't really understand just how tough things are in South America right now, but they're tough. I was migrant labour in the UK many years ago although we didn't have visa restrictions back then. We worked when the locals wouldn't. And we (Kiwis) were rated ahead of the Aussies I might add.

Bosses in Oz love Kiwis because they don't join the unions and work for less money.

Yep, and that's what migrant workers do here.

I was migrant labour in the UK many years ago

An OE in the UK is hardly classed as being 'migrant labour'.

I think we will see a jump in rents for period including September when the increases that were in place were cancelled by Jacinda due to Covid 19 and are now being put back in place. Saying that it may not show up because this data is based on bonds lodged.

Gotta screw the punters until they are made redundant and then they can screw the Taxpayers via Social Welfare Housey Housey Policies.

If we do not keep playing Housey Housey, even in lean and totally mean times, the meanies might lose their Rental Rights to screw the General Public... I feel sorry for those who have not worked the system to their advantage and did not lever up the Housing Rort, by hook or by crook....ably led by Politicians now fleeing the sinking ship....They have taken the money and run, includes most Politicians who can now gloat over screwing the system and Banking on the Leverage they created in Spades. And there is a Knight or two and a few Queens in the pack. Played their cards right, flogged the dead horse out of Interest....and left the Savers in the Lurch....Pension wise and otherwise. Ye must be so proud to be a Right or Left wing polly....ya broke the system, patched it up in your favour and flogged it to bleedin death.

Lunch time...for Workers....Piece of Cake for those in the know...Personally I hope you choke on it...and I will say no more...Till next time. Remember it never rains but it pours....but Voters may have seen the Light.
Punters may come and go.....but Voters may never Forget...

I enjoyed this. I still think the general public are like possums caught by headlights and I also think there is a strong belief among many in the ruling elite that they're on the right path, and if they protect the status quo, then the boat will right itself and get back on course in no time.

And yes, the pollies who have jumped ship probably feel something's not right and bailing out as soon as possible.