No pre-election slow down in real estate auction rooms

No pre-election slow down in real estate auction rooms 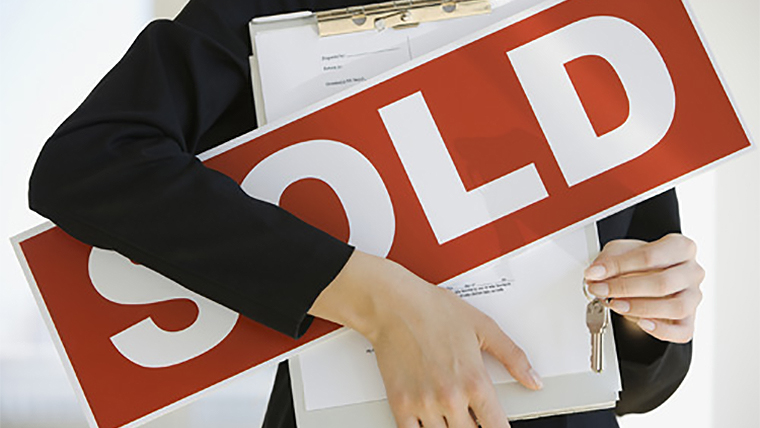 The lead up to the general election does not appear to have had the usual dampening effect on the housing market, with auction room activity going gangbusters.

Interest.co.nz monitored 394 residential property auctions in the week from 5-11 October, which was more than double (+133%) the 169 auctions monitored in the equivalent week last year (7-13 October 2019).

Auctions are also busier now than they were in the first two weeks of March, which is traditionally the busiest month of the year for real estate sales.

In the first two weeks of March, before COVID-19 lockdowns were introduced, interest.co.nz monitored an average of just 352 auctions a week, suggesting not only that the market is more buoyant now than it was at this time last year, but that it's also stronger than it was at the height of last summer's selling season.

Not only are more properties going to auction, more of them are being sold.

In the week of 7-13 October last year, the sales rate at the auctions monitored by interest co.nz was 54%.

Over the two weeks from 2-15 March this year the average sales rate was 57%.

In the week from 5-11 October this year the sales rate had climbed to 66%.

In the week of 7-13 October last year, 69% of the properties that sold fetched more than their rating valuations.

But in the week from 5-11 October this year, 91% of sale prices were above their rating valuations.

Details of the individual properties offered and the results achieved at all of the auctions monitored by interest.co.nz are available on our Residential Auction Results page.

Nothing will change til end Feb

Oh for crying out loud. Is anyone keep track of Mike's numerous predictions?

As any fair and reasoned person would confirm, a lot has altered in economic and stimulus terms, since May 2020.
So, inevitably, for a rationalist, my forecasts have to acknowledge reality
Economically speaking the shit has yet to hit the fan and that is all that will halt housing boom in price and sales.
That will come in Feb-March
But sales and listings will start to slow before then and are in fact already doing so.
Demand is not infinite and cannot be constantly juiced.
So, mock away why don't you.
Whilst silent on your own "analysis"

18A to be auctioned 21 October

Housing market is on fire and will be. Even in future if it corrects will not help many who were waiting for a fall as have risen to height that even slight correction will not help as will be beyond and is not just in one suburb of Auckland but in all parts even Mangere.

Well not so fast maybe the election had something to do with it but an auction in Christchurch on Thursday really struggled, a selection of quality property, poor attendance, few bids, only one sale well below GV.

Get it quick! the window to buy RE for both FHB & RE investor is getting tight, the Covid19 seems to surpass by early 2021, Q2 very likely full border opening for the overseas investors is back on table.. after that the meteoric rise of prices will be out of touch by local reality - In the past, for every world events? such as great depression, ww1 &2, the initial shock average about 3months, but soon after that peoples flocking to buy, there will be no time to regret about it - owning RE is a sure bet in NZ for immediate rewarding wealth productivity.

Who’s more likely to be right? Billionaire property investor with many decades of experience or everyone jumping in at higher and higher prices at the beginning of a recession?
'We'll be buying up big': Sir Bob Jones sits on a stash of cash, waiting”
https://i.stuff.co.nz/business/property/123101150/well-be-buying-up-big-...

Yip and John Key massively reducing his exposure to NZ property a few years back. But of course why listen to the views or follow the actions of guys like that when your own FOMO/confirmation bias/recency bias knows better?

I notice that you frequently post comments like this. Question... how long have you felt this way, is it longer than 7 months

How many houses do you own?

why you ask, don't you own a home? You are the one making the statements, so I asked you a question just wanting to find out how long you've held that view.

I can understand why he might feel like this. However, I'm not sure office buildings are necessarily a great investment either. RJH was always selective about tenants and I know public sector-related tenants were a favorite of his.

"We’re got to wait ... for the enormous crash that’s coming next year, when the reality of the situation is no longer smothered. Mass unemployment worldwide,” said Jones, who also described himself as an optimist."

Mr Jones' optimistic and objective perspective lol... does anyone have any sir Bob quotes from March or April, would be good to compare.

16 April 2020:
https://breakingviewsnz.blogspot.com/2020/04/sir-bob-jones-coming-econom...
"Have an election today and the government would bolt in, primarily because of Jacinda’s star power induced by the media’s obsession with her. But the election is six months away and then, I’m picking a change of government."

I hate the auction process. And I've ranted against it to anyone who will listen for the last 20 years.

But last week I went to an auction to support a friend who was selling. She got 12% more than she expected (which is a lot). 4 bidders and they just rocketed past the reserve.

And the vendors of the property that sold immediately before this one were out the back still concluding things. And they were high fiving and saying what a blast it was - they obviously got a lot more than they were expecting too.

I think in a market like this where you have strongly rising prices (God know why) and few listings, then an auction process can work very well.

Yeah, can be an exciting experience. A couple of years ago some friends were selling their 3 brm by auction in West Harbour and hardly anybody turned up and they thought they were stuffed, then at the last minute a couple of expensive cars full of Chinese people turned up and they got way more than they had hoped for.

Ahh....the great NZ hope. People are going to arrive from China to pay a king's ransom for houses in suburban NZ.

Key thought it was marvellous. The quality of the man.

What cannot continue, will end
https://ggc-mauldin-images.s3.amazonaws.com/uploads/pdf/TFTF_Oct_16_2020...