Smaller Auckland apartments popular as rentals for students and short stay travellers are selling at discounts to rating valuations, while prices are stronger for larger, owner-occupier apartments

Smaller Auckland apartments popular as rentals for students and short stay travellers are selling at discounts to rating valuations, while prices are stronger for larger, owner-occupier apartments 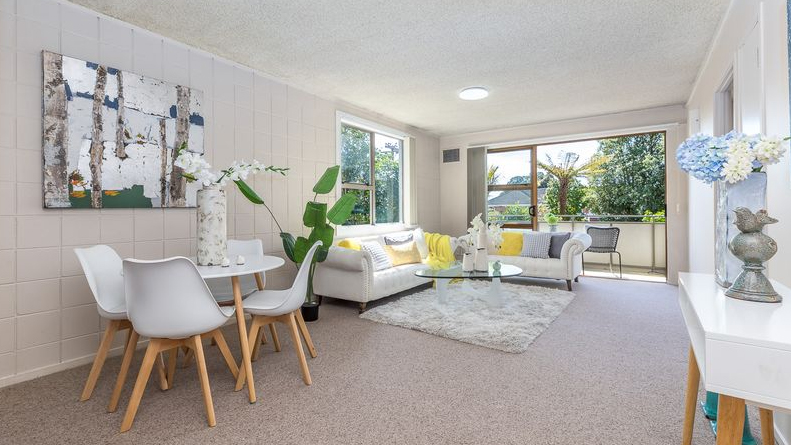 There was a surprisingly upbeat mood at this week's main Auckland CBD apartment auction, as vendors appear to be adopting more realistic attitudes to likely selling prices.

Auckland's CBD apartment market has been hit hard by a reduction in overseas student numbers and an almost complete lack of international tourists, with both groups underpinning CBD rentals.

That has seen rents for inner city apartments decline and vacancy levels rise and the outlook heading into next year is not looking any better.

Although investors have remained active in the market, they are buying at sharply reduced prices compared to prices at the beginning of the year.

Many investors have been reluctant to accept such steep price reductions, perhaps hoping that the market would have started to improve by now.

But the latest sales suggest more of them are now accepting that if they want to sell, they are going to have a accept a price that is likely to be well below previous expectations.

Another trend in the apartment market is that there appears to be a widening gap opening up between the prices that can be achieved for the smaller units that are mainly bought by investors, and larger units which have more appeal to owner-occupiers.

The smaller CBD units, often referred to as shoeboxes, have often struggled to sell over the last few months. In contrast there is often strong competition for the larger owner-occupied units and their prices appear to have been rising with the rest of the market.

This was evident at the Ray White City Apartments auction on October 29, where a mix of apartments that would have appealed to investors and owner-occupiers was offered.

First up was a large (74 square metre) one bedroom apartment on Lorne Street in the CBD.

It was in a character building built in the 1880s and had been tastefully refurbished to make the most of its many original features such as a high stud, native timber floors, exposed brick walls and oversized sash windows.

Its location, just one street back from Albert Park and Auckland Art Gallery, would obviously have appealed to owner-occupiers looking for the inner city lifestyle.

Similarly a modern two bedroom apartment (71 square metres) with a car park on Esplanade Road in Mt Eden had a rating valuation of $620,000. It sold under the hammer after competitive bidding for $680,000.

One of those offered at the auction was a 37 square metre two bedroom unit with expansive views across Freemans Bay and the harbour. It had a rating valuation of $350,000 but the opening bid was just $150,000. Although it attracted bids from several potential buyers, it sold under the hammer for $288,000, an 18% discount to its rating valuation.

Details and photos of all the properties offered at the same auction and the results achieved are available on our Residential Auction Results page.

37 sq m two bedroom? How is that even possible?

My garage is bigger than that....... Yes it does make you wonder. Bedsit with another bedroom?

I've a friend who lived in a tiny CBD apartment.

He developed a severe case of what he called the "bolt-hole blues".

It's a disgrace that city councils permitted these wretched little dwellings to be built.

Bill English was in favour of them. Akl Council up the minimum size to 40m2 I think.

Saw one 4 bedroom town house with internal garage on 105 sqmt. Very soon may have 4 or 5 storey hiuses with garage on ground floor, living and kitchen in first floor, 2 bedroom each in 2nd and 3rd floor and all in 50sqmt land for million plus.

Hard to accept that reality but people emigrating from England and Europe are used to it for hundreds of years.

Difference is that in Europe these dwellings have central heating and double glazing. And a surprising lack of ill-fitted windows.

Check what is happening in Hong Kong. This country’s property market is anyway pushed that direction by RBNZ, in a 10 years it will be normally occupied by “happy” family of 4 )))

Five years ago the wife and me were having trouble so I looked at renting one of the tiny two bed apartments. On Nelson St I recall, was expensive rent and one or both of the bedrooms had no windows. About ten others came to the open time and some were talking to the agent straightway to apply. I would have applied but as a forty year old I thought nah I have no chance. Would possibly make sense to buy below CV for those struggling to get on the propefty ladder

Are developers still developing 37 sqm shoebox apartments these days?
Looking at the sales history of those shoeboxes over recent years, many of them were selling below their original cost from back in 2005. With the exodus of international students and the probability they won't be back for a while, rents will drop, vacancies will mount, investors will unload. In such a climate developers wont be taking the risk.

Over supply = lower prices.
In wider context of Auckland, current mania is slowly ebbing as demand tide is doing same.
Keep a close eye on Auckland new listings of houses/townhouses
On Sept 23rd it was 241. In last 3 days to Fri it averaged 225. (225, 236 and 216)
Watch closely. It is difficult at present to decide if sales are slowing, hence TOTAL listings rising, or if total is rising because more people listings. Looking at above figures, it seems to be fewer sales. REINZ will tell us in 2 weeks.

What I have noticed in my leafy inner suburb is the increase in "For Rent" signs around me. And some have been up a while and are still for rent. I wonder......

Yep renters in high end suburbs all bought their first homes and no immigration = slow rental market in suburbs . COVID has finally caught up in leafy suburbs yet landlords still wanting top dollar even with low interest rates