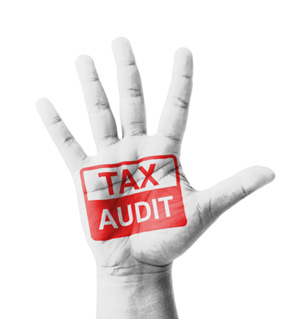 Inland Revenue has clawed back an extra $195 million in tax from property speculators over the last four years, according to Revenue Minister Todd McClay.

IRD's strategy of proactively tracking down people or entities attempting to avoid paying tax was showing bug dividends, he said.

"There are many ways people and companies attempt to avoid paying tax and we are continually increasing our resources to track them down.

"Property speculation is a good example.

"Over the past four years, Inland Revenue has identified discrepancies - that is the difference between what taxes should have been paid and what was actually paid - of more than $195 million. And $52.4 million of that was in the 12 months to June this year."

IRD focused on property developers speculating in the residential market, particularly in Auckland and Queenstown, but property speculation was just one area where the pursuit of undeclared or under-declared income could pay off, McClay said.

Have we not seen all of this before?
Surely it is just waffle from the Gummint to show they are on to it.

Nah, they really do use and redefine technicalities to take money which isn't owed to them.

Not the way I read it, it seems there is a lot of tax evasion going on, good on the IRD for collecting whats due.
regards

There is some but those aren't the ones getting chased.  As usual it's the small fry and the big corporation using legitimate vehicles which IRD choses to re-interpret when it wants a grab.  Check up on how some of the IRD rulings act as feedback into the law application changes that the judges involved in these cases are applying.   It is a fundamental principle of lawmaking that the rules in place at the time of a decision making don't get changed while the decision is in play.   Otherwise you might have (to illustrate) PAYE deducted on wages today, then have the legal interpretation of "wages" changed to "income" and thus anyone who owns a house can be charged use of money for all the PAYE avoidance they have accumulated on their "income" (ie the free rental they have received by owning their own house and not paying rent expenses - after all, everyone must live some where, right? so rent is unavoidable expense, so not having to pay it means another party is paying it on your behalf, and someone paying something on your behalf is equivalent to income, and thus taxable......)

Which is why it pays to check who gets to define who the "developers" were.

Is someone who receives or sells a bare/brown site plot, with contract clause that it must be built on within a certain period, a developer?

What if that land seller, or a third party sub-contracting the land sale, contracts the build work to a builder.  Is the land seller or the contracted/subbie builder the developer?

What if the party doing the arranging is a real estate person or complete third party, and is only involved in hiring a contractor and "pointing them at the tenant/owner".  who is the developer?

The danger comes from IRD slowly whittling away at the baliwicks on marginal cases. So a person who simply builds and sells a house, is theoretically "in trade" but this only makes sense to them because they some how believe they are entitled to steal some of that persons results from their efforts, without sharing in the effort or risk.

Why is it/she registered for GST?

As for the repairs...yes she should have only done the % of repairs, pro rata, for the revenue generation portion.   so If she rented it out (like they do in Queenstown) 80% of the time, she should have just used 4 screws out of every 5, and only 4m of plumbing pipe not 5m, and replaced only 80% of the roof.

Also she can't use a place "on and off" as a "permanent" residence as the terms are mutally exclusive.

However.  She clearly had no intention of selling it for the capital gain, and the decision to leave the country permanently is a significant change in personal and business financial structure, which does not line up with a trading operation.

IRD clearly demanding money not theirs'.   Environmental factor resulting in high price is not taxable,  trading revenue is taxable.  IRD know a permanent move to Australia accompanied by single event sell up of 1 or more houses is not a trading model (unless there were a chain of sales and recent purchases to show "inventory").  Why were IRD even pursuing this?

Nice one IRD. Lots of income dodging on speculation with people flipping and using the "i didnt buy with the intention to sell" excuse. Hope the IRD cleans up here big time, and takes a good 30% heat out of property speculators. Bring in a 10% land tax for overseas owners and all prople registed in overseas tax jurisdictions as well!

however... A lot of people _don't_ buy with intention to sell.

I agree with the 10% foreign land ownership tax - and if anyone thinks I'm being greedy or nation-ist.  I think it's a law that deserves to be put in place in every country.  To protect their childrens' heritage.  If foreign owners are making investments or returns in a country, then they should be contributing to the infrastructure and culture within the country.   And if they decide to hire a local/shell company, then that is a lucky person but they will either be paying local taxes or spending locally.

I just wonder how the IRD would deal with a family I know of who proudly claim they have bought, done up and lived in briefly and sold 10 properties in 12 years.
Not the way most of us would wish to exist but obviously done for profit rather than occupation.

In which case they should be taxed on each and every sale going back 12 years, plus penalties.  10 properties shows a huge intent IMHO, hard to argue its anything but tax evasion to my mind.
regards

Thats right, CB 16, ss 3 of the ITA, they clearly have a regular pattern of acquiring ans disposing or land so the exclusion of living in the houses doesnt apply. They would be liable under CB6.

...IRD just need their name and adress and they would hammer them...I've seen it before (and no I dont work there).

Did they sell at a profit (after renovation expenses)?

If so then why aren't the IRD asking hard questions about why the family believed they were going to be not-reselling in houses 3+.

the do-up and resell was a popular "get rich quick" scheme back in the 70's and did the rounds.  That's when I first heard of it.   For most people it's not worth the cost, but others would just do a roof, garden (yikes factor, external = biggest gain, street view = fastest resell) and splash fresh paint on.   There were even some that shared furniture or had mates in furniture chains who would do them temporary fit-out for the presentation.

Having said that for some jobs such frequent transfers aren't unheard of, although not so common these days (military, railways).

IRD should never have not been hammering these spongers to the max. Good to see and hope it forever remains one of their top priorties.

Would like to see the costs of corporate investigation and the return?

Will the period when house prices doubled 2002 to 2007 be investigated? I thought there was a 7 year limit in which the IRD could go back so all those people especially Mum and Dad investor/speculators who were in the market may never get caught up with.

I have always been astounded by how many people from the public service were part-time property speculators........but I guess these sods won't be caught up with for investment activity prior to 2007.......

One of the biggest issues that the IRD has is the fact they made all employers responsible for all the PAYE, withholding taxes etc which placed a massive group of people into the position of having no or very little contact with the IRD on an annual basis. People who are employees end up under the radar when it comes to declaring other income and this allowed many to speculate in housing and land.........the IRD would not need to be undertaking all this investigative work at enormous cost right now if they hadn't removed the individual tax-payer responsibilites goal post to another paddock.

It also removes the tax and financial responsibility from the mind of the employee as well, creating a dissociation/disjunct between the funds removed and the serviced provided.

...Because property speculators are just so evil...  ...spotted on a favourite webcominc an advert for this lot: https://www.simplecash.co.nz/frequently-asked-questions