Planners strike back at Housing Minister Nick Smith over his plans for the Resource Management Act
3rd Feb 15, 2:53pm
by Guest 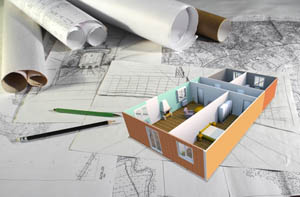 The following is a media release from the New Zealand Planning Institute, which is the professional body representing town planners, resource managers, urban designers and environmental practitioners.

Building and Housing Minister, the Hon. Nick Smith, last month stood in front of 80,000 pages of printed regulations and blamed the Resource Management Act for slowing the development of new housing.

“Not a single official understands” RMA rules, Dr Smith said, who also holds the office of Minister for the Environment – the office responsible for resource management legislation.

Some of the country’s senior planners disagree and say the RMA need not be a scapegoat. Existing accords and regulations are doing plenty for housing, the planners say.

While supportive of a liberal forward land supply for both green field and brown field housing, other interventions by Mr Smith’s government may be more effective than changing the RMA for the ‘umpteenth time’, Mr Auton said.

“There are other factors, including council practice, that influence urban land supply, not only for housing but also for industry and commerce,” said Mr Auton.

“Potentially the Minister could contemplate a similar collaborative approach his government took to national water management policy in the development of a National Policy Statement for urban land supply,” he said.

“A greater audit and review role by central government of local government deemed to have land supply issues may also assist.”

While reviewing its stance on housing affordability and urban land supply, the Minister may also want to look at current investor incentives to housing and land banking, infrastructure funding policies, and building material competition in New Zealand, said Mr Auton.
There is a raft of legislation that may be more relevant to opening up housing opportunities, Mr Auton said, including the Local Government Act which previously provided strong guidance to Councils to take into account economic outcomes in decision making.
That contrasts with Mr Smith’s January 21 statement that “a significant number of housing projects were abandoned because of the delays and uncertainty of the RMA” – a finding which came from a report commissioned by Smith’s own government.
In his January 21 speech, Mr Smith blamed the “failing” RMA for a block of land in Flat Bush appreciating in value from $890,000 to $112 million over a decade, and for the Stoke Medical Centre being forced to wait six months and spend $57,000 for just seven bicycle stands.
Mr Auton agreed over-regulation can hurt developers who often take 5-7 years to turn a profit on a development.
Government and local authorities must provide the right level of confidence for serious housing operators to invest.
“I am concerned that changes to the RMA are taking precedence over more fundamental problems with housing.”
Mr Smith has accepted an invitation to speak at NZPI’s National Conference in Auckland in April, alongside Mr Auton.
Also speaking will be Elizabeth Wells, Special Housing Areas Consenting Manager at Auckland Council, who will deliver a paper about interim changes to increase housing supply.
“The Housing Accords and Special Housing Areas Act 2013 (HASHAA) redefines the RMA,”Wells said of the temporary accord.
“HASHAA also cuts processing times, reduces notification requirements and appeal rights, emphasises urban design and allows a proposed plan to be implemented and varied before submissions are heard and decided.”