Investors who put at least $100,000 each into an Auckland property syndicate are likely to have lost the lot

Investors who put at least $100,000 each into an Auckland property syndicate are likely to have lost the lot 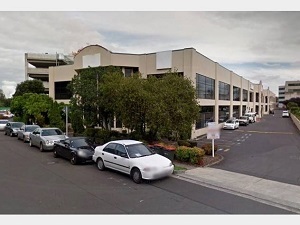 Investors in a substantial Auckland property syndicate associated with disgraced company directors Murray Rex Alcock and Allister Ronald Knight, appear to have lost all of the money they put into it.

The 656 Syndicate owned a substantial office building at 17 Sultan St in Ellerslie (pictured) and was one of several syndicates set up by Alcock and Knight's SPI group (previously Secure Property Investments) which have struck severe financial difficulties.

Alcock and Knight have each been fined $25,312 this week for breaches of the Financial Reporting Act during their time as directors of SPI Capital, after earlier giving the Financial Markets Authority enforceable undertakings to resign as directors of several SPI entities including the 656 syndicate, and to refrain from acting as a director, chief executive or chief financial officer of any company issuing securities to the public, for a period of five years.

But that may provide little comfort to investors in the 656 Syndicate, who have probably lost all of the money they put into the scheme.

The syndicate was set up by SPI in 2004 to acquire the Sultan Ave building, with mum and dad investors tipping in a minimum of $100,000 each.

The property was a substantial office building which had been redeveloped by prominent Auckland developers Mansons TCLM.

It was well located, adjacent to the Central Park office campus owned by Goodman Property Trust and had ANZ, which operated a call centre from the premises, as its anchor tenant.

But like several of the SPI syndicates, things did not go well and by 2013 the investors were facing the prospect of a forced sale of the property as they struggled to refinance its mortgage.

By that stage the building had lost some minor tenants and about 25% of its space was vacant.

Cash flow problems had led to maintenance being deferred which made it difficult to attract new, good quality tenants.

At that point Mansons came back into the picture and offered the syndicate a lifeline in the form of a mortgage provided by their property finance arm, New Zealand Mortgages & Securities (NZMS).

This was supposed to be sufficient to repay the existing mortgage (to NZ Guardian Trust which was exiting the mortgage market) and provide some additional cash to catch up on maintenance, which would make it easier to find tenants for the vacant space and lift the rental income.

But that did not happen.

As the financial situation of several SPI syndicates worsened and the FMA began investigating aspects of the group's operations, management of the Sultan Ave property was transferred from SPI Capital to Taurus Group, a Christchurch-based accounting firm with syndicate management experience.

Taurus director David Kitson said the company put forward a number of proposals to 656 investors to upgrade the property, including one which would have seen part of it redeveloped as a hotel.

But that would have required additional capital and the investors were unwilling to provide it and instead, voted to sell the property.

Although several conditional offers were received, none resulted in a sale.

Towards the end of last year the syndicate appears to have been facing severe cash flow problems once again.

Interest.co.nz understands that it owed Auckland Council around $220,000 in rates arrears and Watercare Services another $30,000 and NZMS had not been receiving interest payments on its loan, which was coming to the end of its term.

At that point Mansons made the syndicate an offer which may have been difficult to decline.

They offered to buy the property for $9.6 million, compared to its current rating valuation of $13.5 million, and the offer was accepted.

Kitson said the $9.6 million "was around the same amount" as the combined value of the mortgage on the property, the rates arrears, the unpaid water bill and the "very high penalty interest charges."

Which suggests the syndicate's mums and dads can kiss goodbye to the $100,000 minimum that each of them originally put into the scheme.

These syndications are a terrible investment in NZ , and I mean ALL of them . They are an absolute rip-off designed to do nothing but make the promoters very, very wealthy.

To be sustainable , they should never be geared to more than 33% or the sustainable value based on the income stream

And NEVER invest in them when the are offered with a single supposedly blue chip national tenant such as Countdown or The Warehouse because they may not renew their lease.

Always ask why the seller is selling such a "prime " or triple AAA rates property " as described in the prospectus , because there is always some story that is not fully disclosed

If you want exposure to commercial property as an asset class , stick to the NZX listed ones like Auckland Airport and Goodmans

Good from you Boatman, very good.
There be sharks and wolves aplenty in NZ property syndication-land that is for sure.

Often the big blue chip company gets to swing a discounted lease, and the syndicate hopes to pick up the difference on the supporting buildings (and the supporting businesses hope to benefit from the traffic to the big business). Often the prime business will be actually held in a different holding company, and the "chickens" will be sold off to more retail-sized syndicates or individuals, and then on-sold again.
Come renewal date in 3 -5 years, the big business will demand concessions from its value that it adds to everyone or it will go develop somewhere else in town.

this -again- is major reason I keep harping on about the need for NZ and NZ government to bootstrap the smaller economy, and avoid the big playa's. The big companies get wealthy on concessions (eg Like large property tycoons in the US who got Dispensations from the rules to have thousands of run down flats because of their business size... which meant only the small investors had to pay the extras...and the big guys could compete purely on price !!)

This is exactly why kiwis have a love affair with residential property!
Commericial property/syndication is risky business - shares are not for everyone!
Leaves only NZ houses!

Difficulty with any syndicate is you're exposed to other people decisions. Makes like very risky.

Pfft....What is a mere $100k loss to an Awklander who has seen his little dog box, increase 5 fold.

And they are all heading up to a million, I am reliably informed.

Pfft....What is a mere $100k loss to an Awklander who has seen his little dog box, increase 5 fold.

And they are all heading up to a million, I am reliably informed.