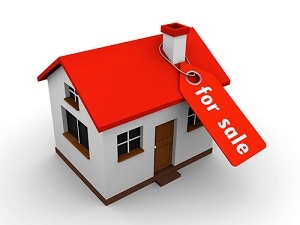 The average selling price of Auckland homes sold by Harcourts dropped by nearly $35,000 last month as more people in the region put their properties on the market to realise the capital gains they've made over the last couple of years.

And although the 660 homes it sold in Auckland last month was down from the 823 it sold in March, it was still up a whopping  41% up on the 467 sales in April last year, leading Harcourts chief executive Hayden Duncan to describe April as a "huge" month for the company.

Harcourts also signed up 644 new listings in Auckland last month which was up 11.4% on April last year, something the company attributed to "more investors and home owners looking to realise the capital gains they've accrued on their properties over the last two years."

The company said it expected average prices in Auckland to remain about 10-15% ahead of last year over the winter months.

Throughout the country the number of homes the company sold last month dipped from March as the summer selling season came to an end, but numbers remained well up on 12 months ago.

To see Harcourts' full sales report for April , click on the following link:

If immigration also dropped then you say this is the turning point, at the moment could be just a blip

The is the beginning of the correction.

Profit taking? A seller isn't obliged to divulge the real reason for a sale to any data collecting authority. How about 'over leveraged property speculators forced to capitulate?'.

On a place I just rented out, 1/3 of the prospective tenants were looking for a new place because their current rental property was being put up for sale by the landlord. Make of it what you will.

Is that such a surprise? Generally speaking, wouldn't you expect a decent portion of shifting tenants to be shifting for that reason? Other than upsizing/downsizing, why would tenants shift from one rental to another? Yields in NZ are still good; I've been looking at properties in Sydney and they are often selling at gross yields of under 3%.

thats a ploy used by landlords to get new tenants in to increase the rent, could be we will see rents rising

Does anyone have any idea why there is always a dip at this time of the year? I just had a look at the graph supplied by the REINZ and there are certain periods that always dip relative to the preceding month like clockwork over the last 5 years. https://www.reinz.co.nz/shadomx/apps/fms/fmsdownload.cfm?file_uuid=0675…