Asking rents on Trade Me Property were flat overall in May but still up 6.3% for the year

Property
Asking rents on Trade Me Property were flat overall in May but still up 6.3% for the year 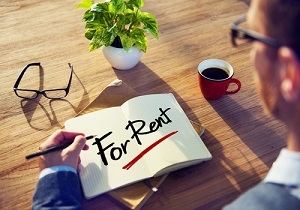 Median asking rents for homes advertised on Trade Me Property were flat overall in May compared to April but remain 6.3% higher than a year ago.

The national median asking rent for homes advertised on the website was $420 a week in May which was unchanged from April but 6.3% higher than May last year.

In Auckland, where housing pressures are greatest, the median asking rent was $490 a week, which was up $5 compared to April and up 6.5% compared to May last year.

But the monthly increase appears to have been entirely driven by a jump in the median asking rent for large houses with five or more bedrooms, which jumped from $748 a week In April to $760 a week in May, while median rents for other types of properties in the city were either unchanged from April or declined slightly.

On an annual basis the biggest growth in asking rents in Auckland has been for apartments, which were up 9.8% in May compared to a year earlier.

In Wellington the median asking rent was $399 in May compared to $395 in April and was 2.3% higher in May than a year earlier

In Christchurch the median asking rent declined from $450 a week in April to $440 a week In May and was down by 2.2% compared with May last year.

Nigel Jeffries, the head of Trade Me Property, said May was the weakest month for growth in asking rents so far this year.

"It's also worth remembering that over the past five years the median weekly rent across New Zealand has risen 23%, from $340 to $420 and that's much, much faster than household inflation," he said.

Median asking rents on Trade Me Property in May by property types, and percentage change since May last year:

It doesn't look like such a shortage in Auckland, does it?

There's a shortage of properties available for speculation.

Landlord raised our rent $20 per week due to "market forces". We had a laugh at that one as moving out and heading to Wellington, same price gets us an extra bedroom, North Facing Sea view.

property manager tried with us as well. I bet the landlord would have killed him if he let us go for 20 bucks per week. retards

Yeah just tell them where to stick it, when we were renting we deflected a couple of attempted increases. "We need to put the rent up as local statistics show rents rising" - self reinforcing nonsense.

Landlord needs you more than you need him!

Dear all, I'm doing some uni research. I have heard it said that rental price movements are a good indicator of housing supply/demand balance and this makes sense. However I am looking for some research that quantifies this. Can anyone help? Thanks

I would try NZIER and/or Dept of Statistics.