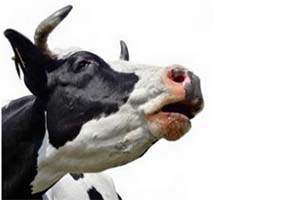 Farm prices dropped around 5% in August according to the latest figures from the Real Estate Institute of NZ.

There was a particularly large drop in the price per hectare being paid for dairy farms.

The REINZ Dairy Farm Price Index, which also adjusts for differences in farm size and location, was up 17.3% in August compared to the three months to July and down 6.8% compared to a year earlier.

In the year to August 10% fewer farms were sold than in the previous 12 months.

"Caution is the dominant factor within the rural sector, particularly in the dairy sector industry where prudent operators are trimming costs wherever practicable," REINZ rural spokesman Brian Peacocke said.

"Reports indicate a reduction in dairy cow numbers with heavy culling of poorer performing and/or temperamental cows and heifers.

"Brighter spots within the industry include a fall in the exchange rate, a reduction in interest rates, a strong beef market , a slight turnaround in prices at the most recent global dairy auction, the announcement of 50 cents per paid up share [as an interest-free loan] for Fonterra suppliers and for the majority of clients at this stage, a supportive stance being demonstrated by the financial sector.

"Of concern however, and causing nervousness throughout northern and eastern regions of the country, is the prediction of an El Nino over the summer that would be most unwelcome," Peacocke said.