Govt taskforce calls for 'loopy rules' to be reined in, cleaning up property regulation & streamlining the consenting process

Govt taskforce calls for 'loopy rules' to be reined in, cleaning up property regulation & streamlining the consenting process 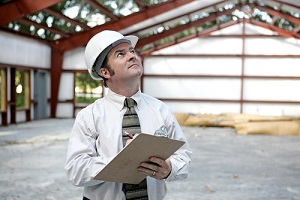 Picture this: you’re the owner of a bus depot structure that has no walls. Regulators force you to install four exit signs in the depot so people can find their way out in the event of a fire.

Or this scenario: you have two protected trees on your property. One is dying and the other is unsafe so needs trimming. You’re expected to get resource consent to maintain the trees on behalf of the council, even though you’d rather the trees just be cut down.

Or, you’re the owner of a 1950s earthquake-damaged residential building. You’re trying to add a pharmacy to the front of the building that will only occupy 3.5% of the premises. The pharmacy prompts authorities to make you spend a whopping $50,000 to upgrade the fire rating of the entire building.

These are a few examples of impractical red tape, highlighted in a government-funded investigation aimed at cleaning out the central and local government rulebook of inefficient property-related regulations.

The ‘Rule Reduction Taskforce’, established by the Minister of Local Government in October last year, has today released a report which includes submissions from over 2000 property owners, sector groups and local government.

The ‘Loopy rules report: New Zealanders tells their stories’ identifies the problems and recommends a number of solutions. The issues raised cover 11 government ministers’ portfolios, with the majority relating to the Resource Management Act and the Building Act.

Submitters say the complexity of rules cause them the most grief.

With local councils responsible for administering 37 Acts of Parliament, problems around non-compliance often arise from people unintentionally breaking the rules.

The report says, “People simply can’t understand what is required of them, in spite of numerous guidance documents. The sheer number of such documents, along with the number of agencies issuing them, compounds the confusion.”

This complexity is only exacerbated by technical language, and sees inconsistent decisions made between authorities.

Submitters have identified unnecessary bureaucracy as their second largest problem, with some rules being there “just in case” a problem might arise, and others being outdated.

They’re also unhappy with the time it takes for consent applications to be processed by councils and the ability for councils to “stop the clock” on applications.

“Submitters question the value of a legislative timeframe that can be overridden at will, with the result that the 20 days for consent can turn into several months”, the Taskforce says.

“To try to keep their figures good, the council will send out a letter (before issuing the consent) on the 18th or 19th day, asking for more information and in many cases, that information is totally irrelevant.”

The cost of compliance is another major frustration for submitters, whether incurred directly as a fee or indirectly through holding costs for property investors who are held up by repeated questions from officials.

Poor customer service and inconsistency are among the other concerns raised by submitters.

Solutions: cut the red tape and clarify the rules

It wants to get the building sector to the point where it can certify its own work, to mitigate the joint and several liability pressures on councils.

The report explains, “Most councils have become building consenting authorities, requiring them to interpret the building code when assessing consent applications and to inspect and approve the work done.

“Councils are liable for any errors they make under the “joint and several liability” regime, which has cost them millions in legal actions.”

See this story for more on this idea and the Building and Housing Minister’s response.

It also wants to develop an industry-wide strategy to lift the professional practices of builders.

Furthermore, the Taskforce wants it to be easier for people to get building consents.

It wants authorities to use progressive building consents so work can begin sooner, with non-structural details confirmed later. It wants the determinations process for applicants to be streamlined.

The Taskforce believes it should also be easier for people to get resource consent.

It wants councils to report publically on their actual performance in meeting their 20-day deadline, and for there to be a faster, more flexible process for changing plans under the Resource Management Act.

As for the cost, it calls for a cap to be put on government building levies.

The Taskforce recommends there be some clarification around health and safety, saying WorkSafe should do more to correct the misunderstandings people have around what it means to “work safely”.

It says there are a number of myths around health and safety that simply aren’t true. These include people thinking you can’t have a lolly scramble at a Santa parade, and farmers thinking they’re liable for someone tripping on a tree root on their property when they’re not working.

The Taskforce points out being hit by a flying lolly isn’t a significant hazard and the Health and Safety Act does not apply if someone walking on a farm trail hurts themselves because the farm is not a workplace in these circumstances.

It wants government agencies to accept their responsibility to correct misunderstandings about their policies and regulations.

Local Government Minister Paula Bennett has responded saying, “Over the next few weeks, Ministers will be working with their departments and agencies to progress the quick fixes and what will take a bit longer to tackle. We’ll continue to update www.rulesreduction.govt.nz and make announcements as this work progresses.

“The Government will also be working with local government to ensure they are providing the right advice to their residents about what rules and regulations mean and how they apply in their communities.”