A big rise in new property listings on Realestate.co.nz - Auckland listings up by a third compared to last year

A big rise in new property listings on Realestate.co.nz - Auckland listings up by a third compared to last year 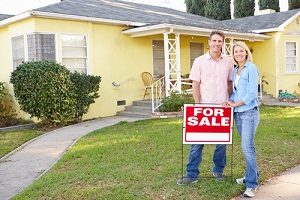 The recent surge in properties coming onto the market looks set to continue through spring with property website Realestate.co.nz reporting a big jump in new listings in September.

And the Auckland market is likely to be particularly busy, with 4338 new Auckland listings coming on to the website in September, up 33.6% compared to September last year.

There were also very strong rises in the number of properties listed for sale in the Waikato and Bay of Plenty.

New residential listings on the website have been rising strongly since they hit their mid-winter low of 8748 new listings in June, suggesting the market could be in for a busy summer.

While the increased supply of homes for sale will give buyers more choice, Realestate.co.nz's data suggests that homes won't be hanging around for long once they are listed for sale.

Although there was a surge of new listings onto the website last month, the total number of homes it has listed for sale was only 30,988, its lowest level since the website began keeping records in 2007.

Realestate.co.nz's inventory measure, which tracks how long it would take to sell all of the properties listed for sale on the site at the average length of time to achieve a sale, showed that it had just 16.3 weeks of inventory in September compared to the long term average of 35 weeks.

"In our main centres the situation is even more extreme," Realestate.co.nz chief executive Brendon Skipper said.

"In Auckland inventory is only 9.6 weeks and in Wellington it's 11.1 weeks.

"Low inventory such as this is usually associated with a sellers' market and higher asking prices, as we have seen in recent months," he said.

See the chart below for the number of new listings on Realestate.co.nz in all regions of the country in September and how much they have changed since September last year.

Great more investment properties for us all to buy.