The Productivity Commission has been asked to find a better system for allocating land use in cities "to achieve positive social, economic, environmental and cultural outcomes"

Property
The Productivity Commission has been asked to find a better system for allocating land use in cities "to achieve positive social, economic, environmental and cultural outcomes"
1st Nov 15, 5:26pm by Guest 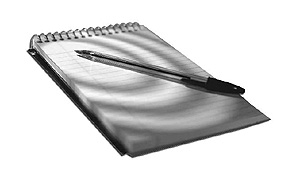 The Government has asked the Productivity Commission to look at ways of improving New Zealand’s urban planning system.

Finance Minister Bill English revealed that he had asked for the inquiry in an interview on TVNZ's Q+A programme over the weekend. English had previously alluded to the perceived problems with planning processes.

This inquiry follows on from the Commission’s investigation of how councils make land available for housing, which found that New Zealand’s urban planning laws and processes were unnecessarily complicated, slow to respond to change and did not meet the needs of cities.

The Commission has been asked to identify the most appropriate system for allocating land use in cities to achieve positive social, economic, environmental and cultural outcomes. This includes the processes that are currently undertaken through the Resource Management Act, the Local Government Act and the Land Transport Management Act. It also includes elements of the Building Act, Reserves Act and Conservation Act that affect the ability to use land in urban areas. The inquiry will look beyond the existing planning system and consider whether a fundamentally different approach to urban planning is needed.

“Most New Zealanders live in cities, and cities are places where most of the country’s economic activity occurs. It’s important that our planning system effectively controls harms to people and the environment, makes enough room and infrastructure available for homes, businesses and industry, and responds quickly to change,” said Commission Chair, Murray Sherwin.

“Cities across New Zealand face a range of challenges. Fast growing cities like Auckland are finding it difficult to provide enough capacity to house their rising populations, while others face the problem of maintaining essential services and infrastructure with flat or declining populations. Urban areas need a planning system that can respond effectively and efficiently to these pressures.”

“Our inquiry will explore the development of the current planning system in New Zealand, assess its performance compared to other countries, and identify where change is needed. The aim is not to draft new laws ourselves, but set out what a high-performing planning system would look like.”

“Many people have an interest in effective urban planning, including residents, businesses, developers, planners, iwi, local authority staff, community representatives and environmentalists. We are interested in hearing from people who are familiar with planning systems here and overseas, so that we can understand the strengths and weaknesses of the current system and identify a future regime that meets New Zealand’s needs.”

The Commission will begin the inquiry with the publication of an “issues paper” that will outline its proposed approach to the inquiry, the context for the inquiry, and a preliminary list of key questions to be addressed. We expect the issues paper to be available by mid-December. It will seek submissions from all interested parties and will be accompanied by a broad consultation process to help inform and ground the Commission’s analysis. The Commission’s final report to the Government is due on 30 November 2016.

already solved this in their last report? A max ratio on residentially zoned land and the nearby unzoned land, as soon as ratio exceeded, more land is required to be zoned into residential.

This has some interesting effects. A land banker cant sit on land and drip feed it to market as land prices sky rocket as the safety vent/valve of the ratio means as soon as prices get too far ahead more land is required to be opened up.

So you might think, oh great, we'll see all nz farm land instantly re-zoned into res with massive sprawling houses. But this overlooks the real genuis of this plan. Speculation and land banking requires control of supply and drip feeding.. . By setting this max ratio rule you create 'virtual' supply, and prices wont be pumped up by restrictive land banking practices as they wont bother and will only buy land if it can be developed as sold at a profit without needing land prices to go up massively in the mean time

So the max ratio rule is a threat that by it's mere existence, never needs to be used?

That's neat, but the instantly rezoned land is useless as residential land without sewer lines, water supply, highways and public transport etc etc, where does the money for all this come from? Without this infrastructure, the landbanker still controls supply of usable residential land.

English to Key: "Hmmm. How can we look as tho we're getting someone with apparent credentials to look at the out-of-control Auckland property market. It can't be OECD, IMF, etc, as they will awkwardly insist on pointing the finger at our highly intelligent taxation system, which some deluded souls insist encourages debt and speculative landlording, thus fuelling the market."
Key to English: "I know! Let's get the ACT-based Productivity Commission to look at it, even though its got nothing at all to do with the productivity of our workplaces. With their hatred of any form of taxation for the privileged, the danger of them suggesting any form of tax, other than a regressive one, is precisely zero."
English to Key: "No wonder they call you a political genius!"