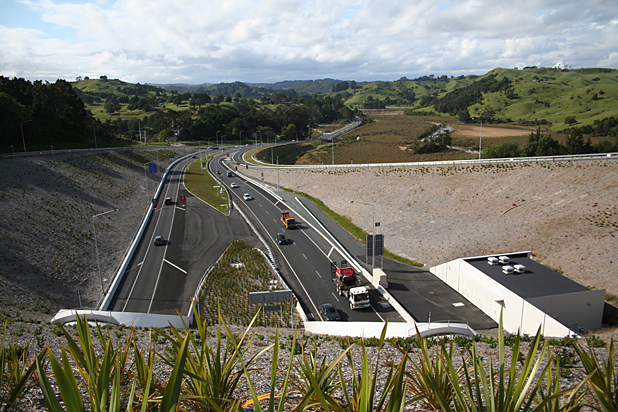 In the year to September, 1.2 million cubic metres of ready mixed concrete was poured for projects across the Auckland region.

This was 31.6% of the 3.8 mln cubic meters poured nationwide in the same year.

However, what makes the Auckland activity special is that it gives a clue into the development on the city's fringes.

The outer regions include Whangaparoa, Wellsford, Pukekohe, and Waiuku.

Infrastructure and new housing development outside the metropolitan area is drawing concrete at an increasing rate. At 95,300 m3, September pour levels were +8% higher in 2015 than the same quarter a year ago.

The level of concrete being poured in these fringe Auckland regions is now about twice the level of all pourings in Wellington.

The Statistics NZ data released today was with a "100% response rate" from the industry survey.

(Correction: An earlier version of this story had the September 2014 splits in error.)

Ambrose Evans-Pritchard writes in the Daily Telegraph (19 November) that a collapse in the price of oil - to US$20 a barrel - is possible.

So all the concrete being poured in outlying areas of Auckland will be well placed, because it won't cost too much to travel from homes there to work sites in the heart of the city.

Hmmm... no one ever did tell me me where interest.co.nz's 'peak oilers' with their "Oil Drum" website went to?

For those who keep their job..yes.

I'd be more concerned about the reasons on why oil prices might go below $20 and the impact of slowing global economy will have in NZ.

AE-P is quite clear the reasons for a slump in oil prices.

Nothing to do with slowing economies muntijaqi. In fact just recently AE-P wrote about the amount of money sloshing about in the economies of the western world and concluded there could be no slow-down given the expansion in the money supply.

Evans-Pritchard has for so long been a bear on the world's economy. He's nothing of the sort now.

Funny how no one here quotes him much these days. Guess he's much too positive for the miserable types that frequent interest.co.nz.

the price of oil is low because of oversupply and opec and the Russians are trying to drive the higher cost producers broke, looks like it is working
http://www.cnbc.com/2015/11/20/oil-companies-brace-for-big-wave-of-debt-...

Only a fool would believe the word of economists. Anyone who believes in infinite growth on a finite planet is either insane or an economist.

Obviously the slump in oil prices points to oversupply or, who would believe it, a lack of demand. That does not point to growing economies. There probably would be plenty of money sloshing around if it wasn't being funneled into non productive assets.

Please show us an example of an economist expressing a belief in infinite growth.

"Growth' seems to be the centre point of all economic policy, everywhere.
.
Or can you show us any economic policy - at a national level - which is purely sustainable based?
.
Would love to know of one.

Couldn't disagree more ... I think it is actually now becoming an international city contender. Been an also-ran for decades, but no more ...

I think this depends on who you are. For the boomers who have a mortgage free home and gold card for waiheke lunch dates for sure. For the young I think not.

Spot on rastus .....the taxation laws, banking regulations and lack of any capital gains tax is all in the boomers favour ...plus don't forget to add in the boomer "property investors welfare" of that great "accommodation" supplement .....as they all prattle on about welfare payments to the unemployed etc....this current government is not for any other group but them...but what amazes me more, are all these voters who aren't even in the "boomer" group, voting them in !

The votes for them are a mystery to me as well.