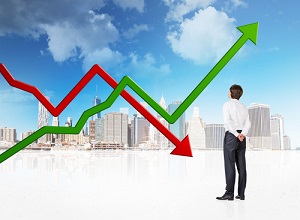 House prices were a mixed bag in November with the national median selling price falling very slightly for the second month in a row, according to the Real Estate Institute of New Zealand.

The national median selling price was $459,500 in November, down by the slightest of margins from October's median of $460,000 and more significantly down from the all-time high of $484,650 set in September.

Prices in Auckland were also uneven, with the regional median up compared to October but within the city, prices were down on the North Shore and within the former Auckland City boundaries, but up in other parts of the super city.

New record median prices were set in Waikato/Bay of Plenty and in Wellington last month.

The number of sales remained steady, with 8048 homes selling throughout the country in November which was up 2.7% compared to October, and up 8.5% compared to November last year.

REINZ chief executive Colleen Milne said the Auckland market continued to be challenged by a lack of supply and was also being influenced by new IRD requirements and revised LVR restrictions, which had slowed down some purchase decisions.

The most noticeable effect of the new rules had been a decline in auction rates, she said.

You can read the REINZ's reports for all region's of the country by clicking on the following link:

So the index data is not even given out now days in the breif news report they do?

Auckland index was down 5% in Oct from sept, based on the crude median measure looks like the same again for nov

I guess they figure why report if it isn't backing up the story they want us to hear?

Greg / Interest team can you please publish the index each month?

REINZ's shiny new website no longer provides this data for non-members it seems.

Unfortunately the REINZ now charges for the Index, so it's no longer available for general publication.

Slowly but surely. Rubbish will not be so easy to sell now so I presume well maintained houses in good locations are selling therefore the median and average prices will rise. Will be interesting to find out what number of entry level houses are selling now. Why would you buy now when there is a chance it will be cheaper next year.

$1.2 million NZD house today costs 5.2 million Yuan. Same house just over a year ago cost 6.5 million Yuan. So a 1.3 million Yuan discount for Auckland houses based on exchange rate alone, not including the year on year price drop which some prognosticators have been talking up.

If Auckland houses were a bargain for the Chinese a year ago then they must be at fire sale prices now, particularly considering the likely future devaluation of the Yuan.

so if they sold what they brought a year they lose

tough pill to swallow, but it's now an anonymous asset beyond the reach of the CCP. Mission accomplished.

haha, i suspected this REINZ data would show lower prices.

Also funny how it didnt make the news. It will come out eventually, but they will be able to say 'hey, its ok, we have lowered the OCR to fix it' - and many sheep will continue to believe house prices only go up.

This is a trend around the world, not just here eg over 40% YoY Hong Kong price collapse:
http://www.zerohedge.com/news/2015-12-03/hong-kong-housing-bubble-suffer...