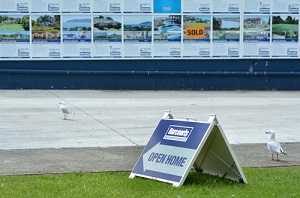 Harcourts average selling price dropped for the second month in a row in November, led mainly by declines in Auckland.

Around the rest of the country prices appeared to be relatively stable in November.

In Auckland the company sold 582 homes in November, which was up on the 533 it sold in September but well down from the 676 it sold in November last year.

Harcourts chief executive Chris Kennedy said although the market had slowed towards the end of the year, particularly in Auckland, there was no cause for alarm.

"The new LVR rules for Auckland and the bright line test for investors have had an impact on the market, but I believe it will be short term," he said.

" It appears some buyers are taking an early summer break while they consider the impact of those new rules."

"And that only really applies to Auckland.

"In the rest of the country things are humming along nicely with good sales and prices across the board," he said.

See the table below for Harcourts' sales results from throughout the country:

The real estate industry will be hoping the market doesn't "take an early winter break" during January, February, March, April and May next year. Early 2016 might be a bull trap for the history books.

"Real Estate Industry!!" You must be joking, the term industry suggests that they make something, Ie they do something useful and make a positive contribution to the ecconomy.

Sadly as the bubble mania dies down it will be obvious just how little productive enterprise is left in NZ.

....bugger all people care about the new LVR rules or the bright line test.

Lets be honest, it's the fact that Chinese buyers have disappeared from auction rooms which has caused the Auckland property market to do a massive handbrake. For the impact to be "short-term" China will have to lift their capital controls - and who knows for sure when that will happen.

Out of the mouths of real estate agents. Who will say anything at all they can get away with. Lets look at this line. "Early summer break" What does the word "break" supposed to make us think. Simple - it's supposed to give us the idea that after the halt - things will resume as before.
But there is no evidence of that resumption at all.
Perhaps he could have said. " What we know is the market has halted." "Stopped' "Hit the wall"

not only disappeared from NZ, also from aussie as well
http://www.domain.com.au/news/australian-house-price-growth-eases-in-sep...

And apparently from many places in USA and Canada.
http://www.zerohedge.com/news/2015-11-29/its-official-chinese-buyers-hav...

So it seems it's not so much about supply after all.

It was purely a speculative market. Every bubble bursts when the capital fuelling it vanishes so the China capital controls are the reason for this. The tax changes in IRD have contributed a bit.

Now we'll see the propaganda for first time home buyers: "There has never been a better time to buy! Hurry up before the market gets crazy again if you don't want to miss out! Buy now or regret later!"

..and many will bite the bait. Their choice anyway..

It's difficult to resist the bait, even for me.

Chris's kennedys comments/excuses are hilarious. Taking a break to consider new rules ...humming along nicely! jeeeeeeez. Don't mention the Chinese money whatever you do mate.