Indicative rental yields on residential investment property hit new low of 3.3% in parts of Auckland and are falling rapidly in the Waikato

Indicative rental yields on residential investment property hit new low of 3.3% in parts of Auckland and are falling rapidly in the Waikato 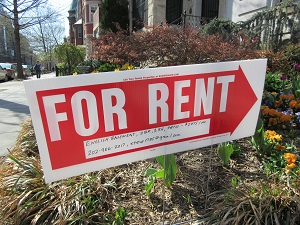 Rental yields on residential investment properties have flattened in Auckland but dropped significantly in the Waikato, according to interest.co.nz’s Rental Yield Indicator.

The Indicator tracks the theoretical gross rental yields that would be achieved on investment properties if they were purchased at the lower quartile selling price for three bedroom homes and then rented out at the median rent for that type of property, in 56 locations around the country where there is a high level of rental activity.

The gross rental yield is the annual rent a property is capable of producing expressed as a percentage of its purchase price.

This is used as an indicator of a property’s income producing ability, before factoring in costs such as rates, insurance, vacancy, maintenance and mortgage payments.

A high yield means a property is providing a high rental income relative to its purchase price and a low yield means the opposite. 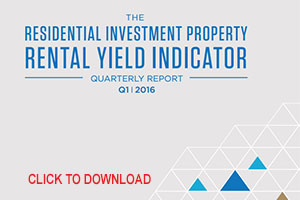 Of the 10 locations tracked in Auckland, three (Beachhaven/Birkdale and Torbay on the North Shore and Massey/Royal Heights in Waitakere) showed increases in their yields in the six months to March compared to the six months to December, two (Highland Park in Manukau and Pukekohe) showed declines, and four (Glen Eden and Henderson in Waitakere, Avondale in Central Auckland and Papakura/Karaka in south Auckland) were unchanged.

Yields in Auckland have been falling steadily since interest.co.nz started publishing the Rental Yield indicator in June 2014 (see table), because house prices have been rising faster than the rents they could attract.

However the rise in the lower quartile selling price slowed in most of the areas in Auckland monitored by the Indicator in the six months to March, while rents also stabilised or showed slight increases.

The combined effect of those changes pushed the indicative yield for Highland Park down from 3.6% to 3.3%.

However while yields may have stabilised overall in Auckland, they remain at very low levels that are likely to leave investors with little in the way of free cash flow once their expenses are deducted, supporting anecdotal evidence that most investors buying in Auckland in the current market are chasing capital gain rather than rental income.

There are also reports that some investors have been paying such high prices and borrowing so much of the purchase price that the properties produce negative cash flows, meaning the investor has to dip into their income from other sources to supplement the rental income and pay all of a property’s outgoings.

That was caused by lower quartile house prices rising at a faster rate than rents, which tended to remain flat or rise modestly over the same period in the areas monitored, pushing down the returns investors are likely to achieve on Waikato properties.

There was also a big decline in the indicative yield in Queenstown/Frankton/Arrowtown, where it fell from 5.2% in the six months to December to 4.6% in the six months to March, due to the lower quartile selling price increasing from $545,000 to $680,000, while the median rent increased from $550 a week to $595 over the same period.

In other main centres, yields were a mixed bag in both Wellington and Christchurch, rising in some suburbs and declining in others.

The areas with the highest indicative yields in the six months to March were Flaxmere in Hastings (10.9%), Whanganui (9.6%), Waitara/Inglewood in Taranaki (8.8%), and Holdens Bay/Owhata/Ngapuna in Rotorua and Invercargill, with both at 8.7%.

See the table below for the indicative rental yields in all 56 areas monitored by the Rental Yield Indicator.

We are doomed as a country for now and in the future. If land costs this much now then we are all going to have to live in apartment blocks. This is unacceptable and I pity anyone who doesn't own a house as you are doomed forever. Is this a country we want to be living in? The only thing that can fix this is 20% interest rates or another World War which will get the population down, unfortunately I dont foresee any of that, but then again neither did anyone foresee the credit crunch, 80s stockmarket crash, WW1, WW2, Dotcom bubble...