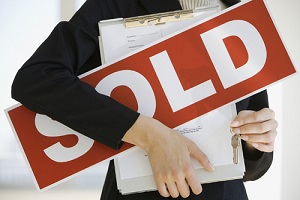 The slow start to the spring selling season in the residential property market will be starting to hit some real estate agents in the pocket, especially in the traditionally lucrative Auckland and Waikato/Bay of Plenty markets.

Data compiled by interest.co.nz from Real Estate Institute of New Zealand sales figures shows there were 22,223 residential property sales in the third quarter of this year, down 7.6% compared to the same period of last year.

That has a direct impact on the amount of commission revenue the real estate industry would have earned, with the decline in revenue from the lower number of sales partially offset by rising property values over the same period.

However the effects will be felt most acutely in the Auckland market, where the number of sales in the third quarter of this year was down a whopping 21% compared to the same quarter of last year.

Interest.co.nz estimates that would have reduced the amount of commission revenue the real estate industry earned from the Auckland market in the third quarter to $191.1 million, down 15% compared to the same quarter of last year.

The Waikato/Bay of Plenty region was also affected by the same trend but to a lesser degree, with sales down 6.8% in the third quarter compared to a year earlier. Nonetheless the rapidly rising prices evident in the region over the last 12 months, and the effect they would have had on commissions, meant the estimated total commission revenue the industry would have earned in the region was down by just 4.6% compared to the same period of last year.

However while some real estate agents in Auckland and Waikato/Bay of Plenty may be starting to feel the pinch, the good times are rolling on around the rest of the country, with the estimated commission revenue the industry earned being up in all other regions compared to the same period last year.

In Hawke's Bay and Nelson/Marlborough there were small declines in sales numbers in the third quarter compared to the same period last year, but that was more than offset by rising prices, which meant overall revenue would have increased.

And agencies in every other region of the country would have had the best of both worlds, with sales numbers and prices both up compared to a year ago, which would have fed through to stronger commission revenues.

The most buoyant regions in the country compared to last year were Manawatu/Wanganui, Central Otago Lakes and Wellington, with all three recording healthy rises in both sales numbers and prices, pushing up commission revenue growth in those regions by well into double figures.

Manawatu/Wanganui is one of the cheaper regions in the country (September 2016 median $256,600) and its housing market is likely to have been affected by mortgage lending restrictions which have seen many investors abandon Auckland for cheaper pickings in the provinces.

That meant the number of homes sold in the third quarter of this year was up 28% on the same period of last year, and that combined with rising prices pushed up the estimated commission revenue the industry earned in the region by 44% over the same period.

A similar trend was evident in Wellington, where a 9.5% increase in sales and rising prices meant commission revenue in the third quarter was up 18.9% compared to a year earlier.

In Central Otago Lakes the main driver is the white hot Queenstown market, where there is an acute shortage of affordable housing and plenty of well heeled buyers willing to splash the cash on property in the upmarket resort town.

So in terms of residential sales activity and industry revenue, a mixed picture is emerging in different parts of the country.

To see the sales activity and estimated commission revenue for each region, click on the following link:

I am reminded of a two-decades-old MBA lecture, where the task was to devise an Exit Strategy for a business.

The groups went round and round, getting ever more complex schemes into discussion, and the lecturer became visibly upset.

'You've all missed the simplest and quickest!' he finally said when he could wait no more without succumbing to apoplexy.

'Raise prices, and take profits all the way down....'

I'm sure I speak for all of NZ when I say this "My heart bleeds, poor REs".

44% pay rise for Palmy agents. Money that they will probably pump back into local real estate from what I've seen. Although at 40% equity required the Auckland and welly investors have a big advantage over the locals

Agents dont really care about your price, they just care that the sale actually occurs to enable commission collection. After years of creaming it, and fighting off buyers whenever they scored a listing (not the hardest gig) cannot see anyone getting to concerned.

In 07/08 approx 30000 plus agents exited real estate sales, as the agencies tried to push their overheads onto them to cover costs. Does have the benefit of weeding out the part time pretenders and reinforce the truly professional agents at work.

Palmy the same rental wise and even more of a shortage of houses for sale. If you're still getting 6% plus yield why would you sell as absolutely nowhere else to put the money.

That's why sold regional cities are booming at present, people realise it will be decades before banks will pay 6% plus returns on cash deposits.

Maybe if it stays like this they'll be a move back to 2nd hand cars and photocopier sales? Although on second thoughts those industries ethical standards are probably too high...

What, no new Audi this quarter ???

I went to an auction where the auctioneer, once done, hopped in his Aston around the block and drove off to lunch.

You have to wonder!!!

would you hire a brokenarse loser with a 1980's Corolla to Auction your property? If its such easy money don't knock it, do it. See how you go.

Would you hire a loser who drives a (insert expensive car name here) to auction your property - no guarantee either way ( the guy who drives a 80's Corolla may just be more prudent with his money).

Yeah, true that BadRobot. I was being a bit grumpy ah!